In order to reduce dust and pollution, the Delhi government will use Home Guards as green marshals to launch an anti-dust campaign and has made it mandatory for construction contractors to comply with norms. 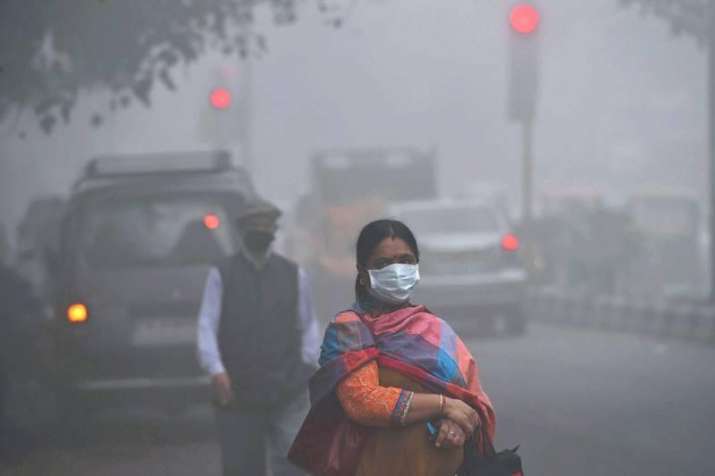 In an attempt to control dust emissions from construction sites and thereby combat pollution, Delhi environment minister Gopal Rai held a joint meeting with the Delhi Pollution Control Committee (DPCC) and green marshals on October 6. Together, they decided to launch an anti-dust campaign from October 7-29. “A total of 31 teams have been formed for this purpose. Of these, 17 teams of DPCC engineers will work across various districts and 14 teams of green marshals will work with mobile vans,” the minister reportedly said.

The state government issued a public notice making it mandatory from October 7 for private and government contractors to comply with the 14 norms laid out for construction sites to control dust emissions. The norms include covering construction materials, installing anti-smog guns and dust/wind breaking walls to appropriate height around the boundary walls of the site. Most of these rules are part of existing guidelines by the Central Pollution Control Board, which are to be followed by all construction sites round the year. The Delhi government also launched a “dust pollution control self-assessment portal’ to further support the anti-dust campaign.

According to the environment department officials, agencies, including the Public Works Department, Delhi Jal Board, Delhi Metro Rail Corporation and the three municipal corporations, are already being trained to register and use the website.

Earlier on October 5, Rai launched the “Advanced Green War Room” and “Green Delhi App” for people to send in their complaints regarding problems pertaining to 10 kinds of pollution throughout the winter season. Rai also conducted a surprise inspection on October 8 at the construction site at Pragati Maidan and levied a fine of Rs 5 lakh on the contractor for not adhering to dust control guidelines while constructing an underpass. As per the NGT guidelines, a fine between Rs 10,000 and Rs 5 lakh could be imposed for violation of rules depending on the size of the construction sites.

Green marshals, who are usually Home Guards, are tasked with stopping people from burning garbage, dry leaves, plastic and other waste materials, leading to dust pollution. Before deployment, the marshals are given training to effectively go about their jobs.

Other countries too have taken similar measures. In January 2017, officials in Beijing announced a new environmental police squad to root out illegal burning. The government has faced widespread public anger over China’s persistent problems with smog. Beijing and dozens of cities in China spend many winter days under a thick, gray haze, with air pollution levels that routinely exceed WHO guidelines. Smog is an acutely felt issue in China’s cities, where a “red alert” can lead to the closure of schools and businesses, flight cancellations and shutdowns of highways to keep cars off the roads.

In Australia, the Australian Federal Police (AFP), which is the primary law enforcement agency there, will take a lead role in the investigation of the environmental crime. They will have to deal with the complexity and degree of harm caused to the environment.

In Russia, the Environmental Watch on North Caucasus, a non-profit organisation, works to protect the environment of the Caucasus region since 1997. It campaigns to preserve wildlife and has conducted investigations into human rights violations that have occurred as a result of illegal land grabbing by local officials.

Coming to India, a study by IIT-Kanpur in 2016 found that road dust contributes 56% of the overall pollution in the national capital, which increases during winter, mainly due to stubble burning by neighbouring states and climatic conditions.

Private firms too have pitched in to clean the air. In 2015, the Clean Air India Movement was started by Blueair. The campaign aimed at engaging, encouraging and educating citizens to adopt air friendly measures in the interest of the country and its children. The campaign was launched on World Asthma Day and apparently, reached over 500 million people across the nation through a mix of online and offline activities. The endeavour behind the campaign was to facilitate using air friendly measures by cultivating use of public transport, wise use of energy, recycling and reusing, planting trees, proper maintenance of vehicles, use of alternate energy, being environment friendly, using proper technology, replacing standard light bulbs with CFLs, etc. Also, the initiative encouraged others to take up community initiatives for a better environment.

Even small efforts help. There was also Car Free Day on November 22, 2015 in Dwarka, Delhi, to help reduce pollution. Moreover in 2016, the See Your Lung campaign stressed that cycles should be used. Regular plantation drives on World Environment Day—June 5—have increased awareness, leading to a greener world.