Chhattisgarh: Is proposed law to protect journalists an act? 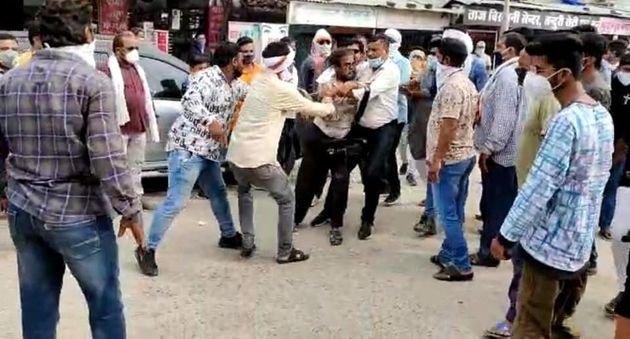 The state is attempting to enact an Act ostensibly meant to protect journalists, but how sincere is it when there have been 22 cases of administrative assault on journalists in the last two years?

How does one ensure protection of working journalists? Every country, including Pakistan, has tried its hand at drafting and imposing laws which usually exist only on paper and have remained difficult to implement. Now Chhattisgarh is attempting to enact an act which will ostensibly provide protection to journalists.

If anything, the draft is an exercise in demonstrating what should not be done to protect journalists. It works on the premise that a committee with a retired judge and director general of police at the state level and superintendent of police and collector at the district level will ensure the safety of journalists. It completely ignores the fact that the protection journalists need is usually against state oppression. So how will a committee of police officials help in sorting out the grievances of journalists, especially if it comes in the background of what the Bhupesh Baghel government has achieved in the last two years?

One journalist wrote extensively against land grab by officials close to Baghel in his web magazine. He was gheraoed and stopped on a road in Raipur by ten policemen, asked to get down from his car, tested for drunken driving and put in jail for a month. Another journalist, Kamal Shukla, was beaten up by a Congressman because he was writing on the sand mafia in Kanker. Journalists went on strike, but the state went into overdrive to project that it was the result of personal animosity. There have been 22 cases of administrative assault on journalists, resulting in false cases being registered against them in the past two years.

Justice Aftab Alam is heading the draft committee which works with full state patronage. He has been provided with an office and assistant in Delhi and has been working for close to two years to produce a draft, which is essentially inspired by a PUCL draft bill proposed in 2016. PUCL Chhattisgarh chapter had proposed a draft copy of a bill for the protection of journalists and human rights activists. The Left leaning organisation has a sympathiser in the Baghel cabinet and he has gone ahead and dropped the human rights’ activists part from the draft for obvious reasons of getting labelled an urban naxal. He has tried to incorporate as many other suggestions as possible.

India Legal asked Justice Alam if he had heard of the 22 cases registered against journalists since he was drafting the bill since February 2019. He said he was unaware. Had he heard of the assault on Shukla? He had not. A small questionnaire was sent to him on his request. To this, his office replied that “your valuable suggestions have been forwarded to the committee drafting the bill”. If this is how a questionnaire from a journalist to the person responsible for drafting a bill for his protection can be treated, imagine what treatment an actual complaint will receive. Remember, the draft proposes inclusion of government officials and a retired judge in the state level commission/redressal committee.

PUCL had suggested that anyone who writes/reports for any medium can be considered a journalist. This includes TV and web. The draft Bill has expanded on that and says that anyone who has published five articles in last six months or has been paid by any publisher in the past three months should be considered a journalist. This, by extension, would include freelancers and even hawkers.

While this has its benefits in Left wing extremist regions like Bastar where reporting is a difficult task, many so called “urban naxals” may seek protection as journalists. Journalists themselves are not too pleased about such a classification which does not differentiate between a professional journalist and those who happen to be related to the trade. In contrast, the Maharashtra Journalist Protection Act has clearly demarcated who can be recognised as a journalist. The one concession the Chhattisgarh Act makes is that to be considered a journalist, one need not be recognised by a government agency like the state publicity department.

The Bill envisages a situation where complaints will be received by a district level committee. It will then send its recommendation to a state-level committee, which can take up to 15 days to decide and then further recommend action. This “action”, of course, comes full circle with the legal process being reinstated. For instance, a journalist is assaulted by a member of the public or land or liquor mafia. He lodges a complaint with the district committee, which examines the case and recommends action. This will run parallel to the justice system, where, if a police complaint is lodged, then the police takes action and arrests the accused and presents him in court. The accused may then be free to contest the advice of any committee against him in court and opt for a softer FIR. The committee is toothless, as its “action” will only be recommendatory. Of course, all committees will also consist of journalists. If any committee has a DGP level officer heading it, how sincerely is it likely to investigate any complaint against his own police force? Most complaints will be about police atrocities or false FIRs.

At any rate, the one-year imprisonment appears designed to prolong a journalist’s fight within the system. If any citizen faces an assault or has a grievance with anyone else, he takes recourse to law. That is exactly the same remedy available to journalists. It is only the journalist who risks going against the state in his search for exposing the truth who needs further special protection. A media organisation is considered credible for performing its duties as the fourth pillar, not for working for the government of the day, whatever be the TRPs. Credibility eludes anyone who is seen to be protecting corruption by civil servants and political class. So who does a journalist need protection against? It’s the faulty arms of the state. Against state repression. Against deviant officers. Will an act designed to delay or prolong that process through bureaucratisation of handling complaints help in the process?

While the Justice Alam committee was poring over suggestions and drafts, the state government went ahead and formed its own media monitoring committee to further its aim of controlling the press. A committee under the inspector general of Raipur has been formed to monitor social media and other media and will act on complaints by the public against posts and reports. It does not seek to protect journalists, but to find them and accuse them on the basis of the complaints.