Covid-19 adds to backlog of cases

Due to Covid-19, the functioning of all courts has been badly hit, with case pendency reaching all-time highs. In district and taluka courts alone, it has reached 3.81 crore cases. 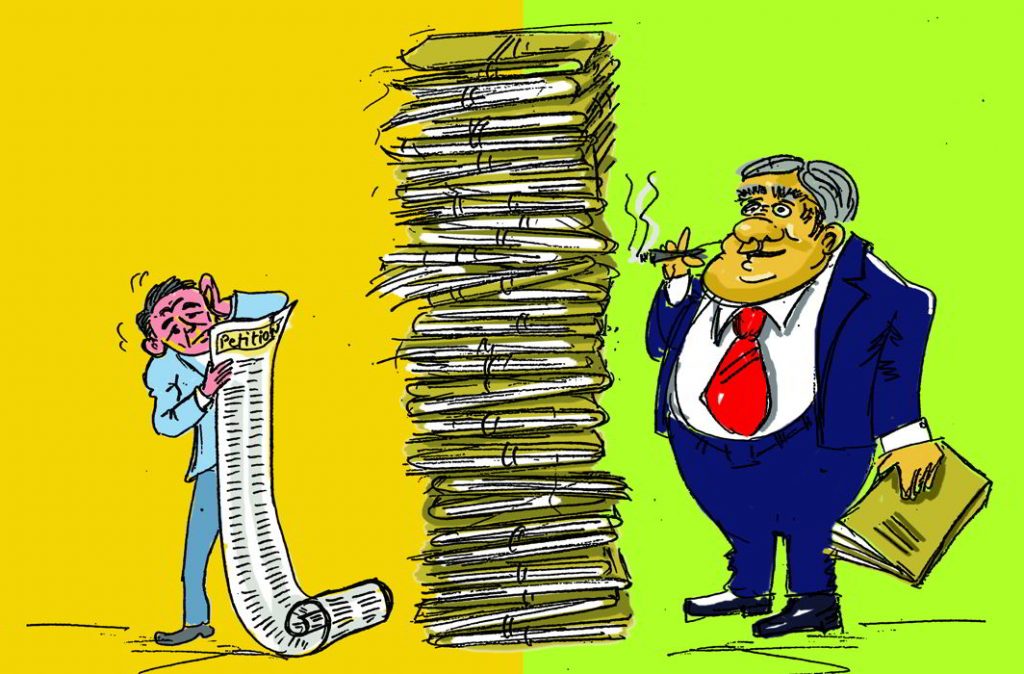 Pending court cases in India have increased over the past year, straining the already overburdened judicial system. The coronavirus pandemic and the restrictions imposed due to it have also adversely affected the functioning of the judiciary, leading to pending cases reaching an all-time peak.

On March 25, a Supreme Court bench of Chief Justice SA Bobde and Justices Sanjay K Kaul and Surya Kant sought responses from High Courtss on framing standard operating procedures to recall retired High Court judges under Article 224A of the Constitution to tackle the huge pendency in High Courts. The bench, at a virtual hearing of a petition filed by NGO Lok Prahari on the mounting backlog, said that as the retired judges would be given a specific tenure to adjudicate old cases and as they would be regarded as the juniormost in the hierarchy of the High Court, it would not cause any heartburn among serving judges.

There are cases pending for 25 to 30 years in some High Courts. Judges who have retired after spending 15-20 years in High Courts would be eminently suitable to adjudicate old cases. “Once the pendency is dealt with, their tenure can come to an end,” the CJI said. The bench also noted that the pendency had gone beyond manageable limits and had begun to cause all kinds of problems in justice dispensation.

The filling up of vacancies could lead to speedy disposal of cases. No judges have been appointed to the Court since September 2019. The 540-days gap between appointments to the Court is the longest in the last decade.

On March 27, apex court judge Justice NV Ramana stressed the need for modernisation of judicial infrastructure and called for setting up of a National Judicial Infrastructure Corporation for this. He said that the ideals of access to justice and speedy justice form the bedrock of rule of law and there needs to be sufficient infrastructure to cater to the ever-rising number of disputes. “After independence, the judiciary in general, has not progressed at an equal pace in comparison with other branches of the State. The judiciary is usually considered rigid in its ways of working due to the procedural requirements. While science and technology have affected all walks of life, integrating the same into the judicial system has been an uphill task,” Justice Ramana stated.

Considering that India is hit by a litigation explosion, Law Minister Ravi Shankar Prasad told the Rajya Sabha recently that the government was trying to expedite the setting up of the All India Judicial Services (AIJS). According to Article 312(1) of the Constitution, which provides for setting up All India Services, including AIJS, the Rajya Sabha is required to pass a resolution supported by not less than two-thirds of its members present and voting. Thereafter, Parliament has to enact a law for creating the AIJS.

There is some positive news too. On December 30, the e-committee of the Supreme Court was conferred with the Platinum award for Excellence in Digital Governance by the president in an online award ceremony. The e-courts project envisioned and implemented by the e-Committee of the Supreme Court along with the Department of Justice and National Information Centre is on a Mission Mode Project of the government. The project has set an example of a successful e-governance project, reaping rich dividends to litigants and citizens by recording 2,32,42,83,034 (as on December 14, 2020) crore e-transactions with the average e-transactions for 343 days in 2020 being 67.06 lakhs daily.

Citizens/litigants/lawyers can get the details of 13.79 crore cases, 13.12 crore orders and judgments available online free of cost. During the pandemic, 55,417,58 cases were heard by courts through video conferencing using the digital infrastructure provided by the e-courts project. This made Indian courts a global leader in conducting cases digitally.

In the aftermath of the lockdown from March 25, 2020, the judiciary had to suspend its normal functioning. Later, courts resumed functioning but at a slow pace, starting initially with virtual hearings for urgent matters.

In 2014, former Chief Justice RM Lodha proposed to make Indian judiciary work throughout the year in order to reduce pendency of cases. However, as per this proposal, there was not going to be any increase in the number of working days or hours of any of the judges and it only meant that different judges would be going on vacation during different periods of the year as per their choice. But the Bar Council of India rejected this proposal mainly because it would have inconvenienced the advocates who would have to work throughout the year.

As the judiciary is the ultimate protector of human rights and the final resort for dispensation of justice, citizens look up to it with great respect and eternal hope. The development of the nation is equally dependent on the dynamism and ingeniousness of the judicial system.

The Supreme Court has done its bit in quashing a number of criminal proceedings due to inordinate delay in investigation, inquiry and trial of cases. Various factors like complicated procedures, access to police stations and problems in registration of FIRs and investigation by a police officer not well-versed with law causing delay have been eased due to science and technology.