The Court has pulled up state governments for failing to disburse claims to the next of kin of Covid-19 victims and expressed displeasure over fake certificates being issued by doctors to justify the deaths. 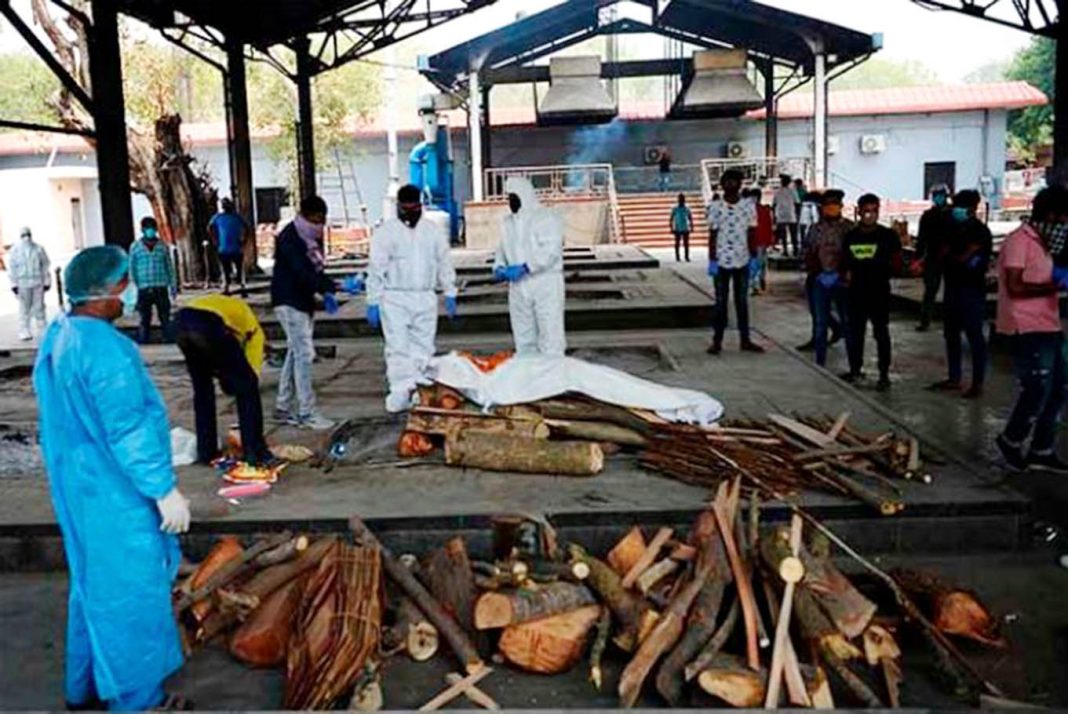 The Supreme Court has clarified that if both parents of a child have died due to Covid-19, the child will be entitled to a compensation of Rs 50,000 for the death of each parent. A clarification was sought by the State of Assam as to whether each of the children of the deceased parents will be provided the ex-gratia payment by the state (in case there is more than one child), i.e. Rs 50,000 compensation to be given to each of the children.

The bench of Justices MR Shah and BV Nagarathna said on March 14, 2022: “In fact, our earlier order is very clear and that ex gratia payment of Rs. 50,000/- shall be qua each death. Therefore, it is observed and clarified that if there are more than one child, any of the child—only one child/family member as the case may be shall get the ex gratia payment of Rs.50,000/-.

“It is further observed and clarified that however in case both the parents have died in that case the child/children shall get Rs.50,000/- qua each death i.e. one for the deceased father and another for the deceased mother,” noted by the bench in its order.

The centre also informed the Supreme Court that it will file details of alleged fake applications for Covid-19 compensation. Solicitor General Tushar Mehta has suggested that an inquiry into alleged fake death claims could be entrusted to the auditor-general’s office. Justice Shah observed: “We never visualised that this kind of fake claims could come. It’s a pious world. We never thought this scheme could be misused. And if officials are involved, it makes it even worse.”

On the last hearing held on March 7, 2022, the apex court had expressed concern over the fake certificates of Covid-19 deaths issued by medical practitioners for ex-gratia, stating that this may prevent real beneficiaries from getting their due.

The Court repeatedly had expressed displeasure over the laxity of state governments on compensation during the hearing of the plea moved by Gaurav Kumar Bansal seeking ex-gratia payments to families of the Covid-19 deceased.

The bench had observed that some doctors were preparing fake certificates to justify Covid-19 deaths. Tushar Mehta had suggested to the Court that it may direct that whoever applies, gets the compensation, but there may be a direction that there should be a fixed date and it cannot be an endless process.

In fact, the Court had on February 4, 2022, directed all states to provide full particulars regarding details of compensation given to the concerned State Legal Service Authority (SLSA), including orphans, within a week. Apart from this, the states were also directed to appoint an officer to coordinate with SLSAs to ensure that the compensation reached all eligible victims.

The bench also directed states to ensure payment of compensation within 10 days of receipt of the claims. Further observing that many states were rejecting applications, the bench directed that it shall not be rejected on technical grounds, and if there was a glitch, the state must give them to cure it. “The ultimate goal of the state is to provide some solace to the concerned victim’s family,” the bench said and observed that the rationale was to ensure that it reached all persons who had not approached it as and when such particulars were given.

During the hearing, Justice Shah said that no state had given any details and only figures were given. The bench also said that compensation cheques given by Karnataka had bounced and the state should take care that this does not happen in future.

On January 19, the apex court had pulled up state governments for failing to disburse claims to the next of kin of Covid-19 victims. The Andhra Pradesh chief secretary had apprised the Court that payments to 28,000 claimants had been made. Another 10,000 claimants were left, of which 5,000 had been cleared and would be paid in the next three days. The official said 6,000 rejected claims would be examined by the grievance redressal committee suo motu. He also assured the Court that the government would ensure that not a single claimant who was eligible for compensation was deprived. The Court told the Bihar chief secretary that the government needs to make more efforts to give compensation to the victims.

The Supreme Court had also directed state governments to share complete details about the number of Covid-19 deaths as well as information uploaded on the Bal Swaraj portal with their respective SLSAs. Apart from this, the Court also directed the governments to take judicious steps to ensure compensation and rehabilitation of children orphaned due to the coronavirus, based on the information uploaded on the Bal Swaraj portal.

Looking into the peculiarity of the situation, the Court observed that more effort was needed to reach the eligible persons/kin/family members of the ones who had succumbed to Covid-19. It directed states to reach out to those children who had lost both parents or surviving parents and whose particulars were already uploaded on the Bal Swaraj portal, so that compensation could be paid to them. It further directed the concerned states to share full information/ particulars on the Bal Swaraj portal.

The Court also made it clear that in case the recipient was an orphan, the compensation amount should be deposited directly to the child instead of any family member. It also directed all state governments that whenever claims were rejected, the reason/s for rejection must be communicated to the claimants and they must be given an opportunity to rectify their claims. It was clarified by the Court that no claims can be rejected on technical grounds.

On June 30, 2021, the Court had directed the National Disaster Management Authority to recommend guidelines for ex-gratia assistance on account of loss of life to the family members of persons who died due to Covid-19, as mandated under Section 12(iii) of the Disaster Management Act, 2005 for the minimum standards of relief to be provided to those affected by the Covid-19 pandemic.