A distressing spectacle has unfolded itself as citizens fight for oxygen, hospital beds and medicines. Even as insensitive governments looked on, it was Courts that gave the much-needed succour. 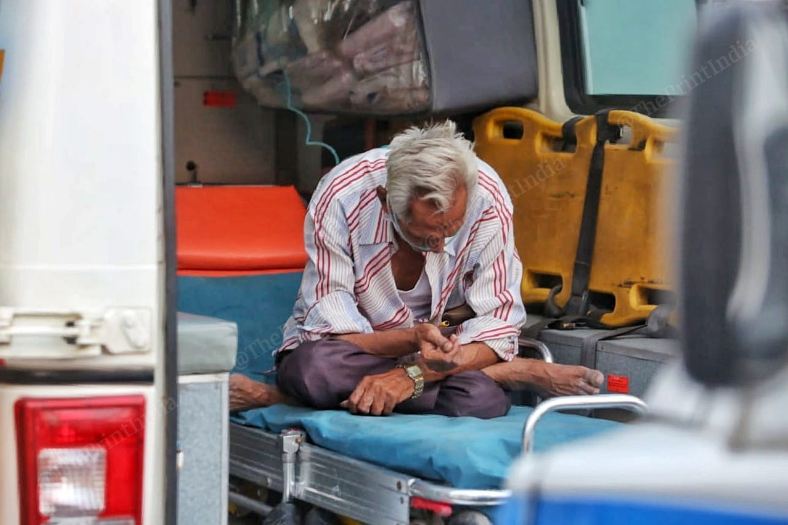 As the pandemic raged across India, various High Courts came forward to pull up state governments for their abdication of responsibility and leaving harried citizens to fend for themselves.

However, on April 22, 2021, then Chief Justice of India (CJI) SA Bobde took suo motu cognizance of the distribution of essential supplies and services during the pandemic and said: “Multiple Covid-19 cases on key issues like supply of oxygen, drugs, vaccination and imposition of lockdown are being heard by the various High Courts which may lead to confusion.”

The bench comprising then CJI Bobde and Justices Nageswara Rao and Ravindra Bhat said: “The High Courts have passed certain orders which may have the effect of accelerating and prioritising the services to a certain set of people and slowing down the availability of these resources to certain other groups.”

The bench issued notice for a national plan on the supply of oxygen, medicines, vaccines and methods of imposing a lockdown. Justice Bobde also said the Court might withdraw certain issues from the High Courts to itself. This led to the presumption that the Supreme Court may transfer Covid-19 related matter to itself.

Several seniors lawyers criticised this step and said the High Courts were the best place to evaluate the local situation and were in a better position to pass directions to tackle the Covid-19 crisis.

However, on April 27, a bench comprising Justices DY Chandrachud, L Nageswara Rao and S Ravindra Bhat clarified: “The purpose of this court assuming jurisdiction of suo motu cognizance under Article 32 is not to supplant or substitute the process of hearings undertaken by various High Courts to deal with issues related to pandemic.” It added that High Courts are best situated to make an assessment of ground realities in each state and to find flexible solutions for the problems faced by citizens. The bench also appointed Senior Advocates Jaideep Gupta and Meenakshi Arora as amicus curiae to assist the apex court.

Nonetheless, High Courts have emerged as effective watchdogs as they have passed orders and fought for the right to life without being politically biased. Some of their outstanding orders and observations are as follows:

On April 19, a bench comprising Justices Ajit Kumar and Siddhartha Varma imposed lockdown measures in five cities of UP Lucknow, Prayagraj, Varanasi, Gorakhpur and Kanpur in view of the increasing coronavirus outbreaks.

The bench observed: “The recent surge of pandemic COVID-19 has virtually incapacitated all our medical infrastructure in the State of U.P. and specially in cities like Prayagraj, Lucknow, Varanasi, Kanpur and Gorakhpur. It appears that the pandemic is teasing the system in a situation where patients have outnumbered the hospital beds and people are just running from pillar to post and in this process attendants of patients are not only getting infected but others in public are also getting infected and a complete chain has got formed. Before it further spirals to engulf in it the entire population of these badly hit districts, it is necessary to take some harsh steps in larger public interest.”

The bench said that the Court had to step in as no plan had been put forward by the state government, necessitating the need for its intervention. The bench reprimanded the UP government and added: “It’s a shame, the government knew of the magnitude of the second wave, but never planned in advance. Those at the helm of the affairs of government failed to counter the pandemic even after one long year of experience and are they to be blamed for present chaotic health problems.”

The very next day, the state of UP filed an appeal in the Supreme Court. Tushar Mehta, Solicitor General of India, appeared on behalf of UP and requested the CJI to take-up the matter that day itself. A bench of Supreme Court said that it has respect for the High Court’s order, but some steps which it had directed had already been implemented such as schools being closed.

The Supreme Court further said that a judicial order cannot be passed like this because in this way, administration would be difficult and imposing a lockdown is the domain of the executive. Citing this, CJI Bobde immediately stayed the order of the Allahabad High Court.

A division bench of Chief Justice Abhay Shreeniwas Oka and Justice Aravind Kumar on April 22 said: “If patients are unable to get Remdesivir, it’s a violation of Article 21 of the Constitution which guarantees every citizen the Right of Life.”

Describing the Covid-19 situation in the state as “very bad”, the High Court directed the state government to immediately take a call on purchasing Remdesivir directly from manufacturers and distributors and supply it to hospitals for a fixed price in a fair and transparent manner. It directed the government to create a distribution system for supply of oxygen to hospitals by coordinating with manufacturers and suppliers, in addition to the war room created to monitor supply of oxygen and posting officers in oxygen refilling centres.

It also directed the government to take measures to ensure separate queues, as far as possible, for pregnant women and senior citizens in laboratories providing RT-PCR test facility and take action against those labs that fail to provide results within 24 hours. It also asked the government to consider evolving a policy on whether pregnant women require a compulsory RT-PCR test for admission to hospital for delivery if they do not have any symptoms of Covid-19.

But when the Remdesivir medicine was not made available to the Nagpur region, the Court came down heavily on the state government and said: “If you don’t feel ashamed of yourself, we are feeling ashamed of being part of such a nasty society. You are neglecting and ignoring patients. We give you a solution, you do not follow it. You do not give us a solution. What absolute nonsense is going on here!”

A division bench of Chief Justice Vikram Nath and Justice Bhargav Karia on April 1 initiated a suo motu petition based on newspaper reports about the worsening Covid-19 situation in the state. The bench found that the state government had not published the right data on RT-PCR tests and people found positive for Covid-19. Therefore, the bench asked the state government to release the correct figure of RT-PCR tests done and of those who had died of Covid-19 and those from co-morbid conditions.

The Court observed that transparency is needed to remove the general perception in the minds of people that data shared by the government on tests and positive cases was not accurate. The Court held that there was nothing to be gained for the state in not giving the real and actual data, and said: “Suppression and concealment of accurate data would generate more serious problems, including fear, loss of trust and panic amongst public at large.”

The High Court advised the government to establish a “honest and transparent dialogue” with the public to generate trust among the public. It said that such trust would eventually “persuade the public at large to strictly abide by the standard protocol of wearing mask in this grave situation”.

On the plight of people running from one hospital to another in search of beds for their relatives, the bench asked the Gujarat government to create an “online portal giving details of the availability of vacant beds and occupied beds under different categories for COVID patients for all districts”.

A bench of Justices Vipin Sanghi and Rekha Palli on April 21 said that no life should be lost due to lack of oxygen. This order was passed during an urgent hearing of a petition by Max Hospital (Patparganj) claiming shortage of medical oxygen for treatment of critical Covid-19 patients.

Solicitor General Tushar Mehta, appearing for the centre, assured the Court that the oxygen quota allocated to Delhi had been increased from 350 metric tonnes to 480 metric tonnes, and it would be facilitated to Delhi. The bench has asked the centre to protect the right to life of citizens and supply oxygen by any means necessary. “This is an emergency of grave nature. Human lives are not important for the State, it seems,” it said.

The Court added: “We are shocked and dismayed that the government does not seem mindful and sensitive to the extreme and emergent need of medical oxygen by hospitals treating serious patients.” The bench directed the government to ensure oxygen supply by all mean necessary and said: “Beg, Borrow, steal but ensure by all means necessary that oxygen is made available to the hospitals.”

Justice Sanghi went on to say: “Forget the common man on the street, even if I were to ask for a bed, it would not be available right now.”

A two-judge bench comprising Chief Justice TBN Radhakrishnan and Justice Arijit Banerjee on April 22 criticised the Election Commission for failing to handle West Bengal’s marathon eight-phase assembly polls amid the surge in coronavirus. “The ECI is empowered to act, but what is done about polls in covid times? ECI is just passing circulars and leaving it to people. But ECI is an implementing authority.”

The High Courts have proactively served citizens during this horrendous health crisis and passed orders to up­hold the fundamental rights enshrined in the Constitution.