Street Vendors and the Law

A number of petitions filed in the Delhi High Court by traders’ bodies of various markets as well as street vendors has brought focus on the legal and Constitutional rights regarding their right to livelihood. 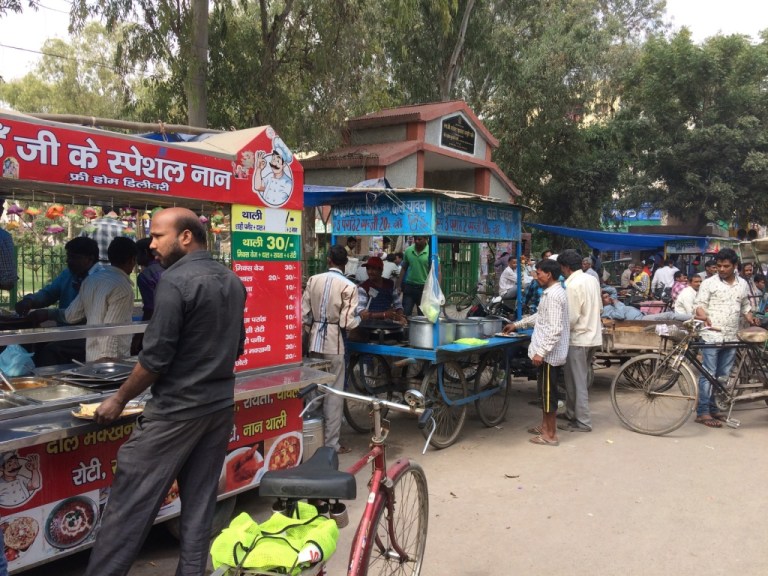 In a recent move, the Delhi High Court rapped the Delhi government and the municipal bodies in the national capital over their failure to effectively implement the Street Vendors (Protection of Livelihood and Regulation of Street Vending) Act, 2014, in the city. The division bench of Justices Vipin Sanghi and Jasmeet Singh was dealing with a bunch of petitions filed by both the traders’ bodies of various markets as well as street vendors on the issue of street vending.

The Preamble to the Constitution secures to all its citizens justice, social, economic and political, as well as equality of status and opportunity. Article 19(1)(g) of the Constitution guarantees to every citizen the right to practice any profession or to carry on any occupation, trade or business. This means that even the street vendors have the right to carry on any trade or business of their choice subject to reasonable restrictions.

The Supreme Court in the case, Bombay Hawkers Union vs Bombay Municipal Corporation and Others, upheld the right to livelihood of street vendors for the first time, while making it clear that reasonable restrictions and conditions can be imposed to regulate them. In Olga Tellis and Others vs Bombay Municipal Corporation, the top court observed that the right to life under Article 21 of the Constitution includes within its ambit the right to livelihood as no person can live without means of subsistence. “If the subsistence is not treated as part of the constitutional right to life, the easiest way to deprive a person of their right of life would be to deprive them of their means of subsistence to the point of abrogation,” the Court stated.

Street vendors form an integral part of the urban economy offering a range of goods and services to all sections of society. Considering the continuous harassment, extortion and eviction being faced by them at the hands of local authorities, and various Supreme Court and High Court rulings recognising the rights of vendors to earn a dignified living, an attempt was made to consolidate the legislation pertaining to street vending. In this context, the Street Vendors Bill, 2012, was drafted, which became an Act after the Parliament passed it in 2014.

The Act aimes at protecting livelihood rights, providing social security to urban street vendors and regulating street vending by demarcating street vending zones across the country in order to enable street vendors to carry out their activities without any harassment. It introduces a uniform framework to regulate vending and delegates rule-making and decision-making powers to state governments and local authorities. However, the Act is under constant threat of being violated in the capital on account of its poor implementation, even seven years after it came into force, prompting the Delhi High Court to step in and monitor the issue.

The Act mandates the constitution of the Town Vending Committee (TVC) in each local authority with adequate representation from vendors to identify existing street vendors within its jurisdiction and ensure that they are accommodated in the vending zones. It also mandates issuing of “Certificate of Vending” (CoV) to such street vendors. But, there has been an inordinate delay in forming TVCs, with the ruling AAP government notifying 28 committees across Delhi for the first time only in September 2019.

The committees’ first task was to conduct a survey in order to identify street vendors. However, the process is not yet completed and only around 70,000 street vendors have been identified so far when they are estimated to be around four to five lakhs. Further, the street vendors are not yet provided spaces for carrying out vending activities, though the authorities have started issuing CoVs to the identified street vendors as mandated under the Act.

These inconsistencies have forced the Delhi High Court to reprimand the authorities for not having a plan in place as required under the law and for accepting the invasion by street vendors even in no-hawking declared market places, while observing that there is a “big disconnect” in the implementation of the Act in the state. Remarking that the authorities were generating chaos rather than functioning in accordance with the Act by conducting survey and demarcating vending zones as well as regulating the same, the bench decided to call for a meeting with all concerned stakeholders, including chairpersons of all municipal corporations and the director of the Delhi Development Authority to understand what is the bottleneck in the implementation of the Act and to chalk out a solution for the alleged issue.

Earlier, the bench had opined that though street vendors have a fundamental right but when they use a public way, they impinge on someone else’s right to walk. It pointed out that they should be given proper places to sit and proper kiosks in every market.

“The rule of law has to prevail, and we cannot allow the city to be taken over by illegal encroachers/vendors. Such failure on the part of the respondent authorities in discharging their duties very severely and adversely impacts the rights of the citizens of the city, including their right to life, which includes the right to a healthy and clean environment,”

A recent report released by a parliamentary panel in the Lok Sabha depicted a rather not so impressive picture on the implementation of the Act across the country, pointing out that several states are yet to form TVCs and carry out vendor surveys. So, the big question that remains unanswered is: “What are the gaps in the implementation of the Act?”

In a recent and rather bizarre incident from Gujarat, the municipal corporations of Ahmedabad, Vadodara, Bhavnagar, Junagadh and Rajkot issued oral directives to its officials, between November 9 and 12, for removal of stalls and kiosks selling non-vegetarian food along public roads and in 100-metre radius of schools, colleges and religious places. A batch of street vendors whose stalls were seized by the Ahmedabad Municipal Corporation moved the Gujarat High Court alleging that the officials ransacked the area where they were selling food and impounded their stalls in an inhuman manner.

The High Court bench of Justice Biren Vaishnav came down heavily on the civic body questioning how can the corporation impinge on people’s food choices. The bench thereby directed the corporation to address the cases of vendors who approach it for releasing their seized goods and materials.