A historic judgment by the apex court has brought hope to millions of disabled people, allowing them access to government jobs they were denied till now 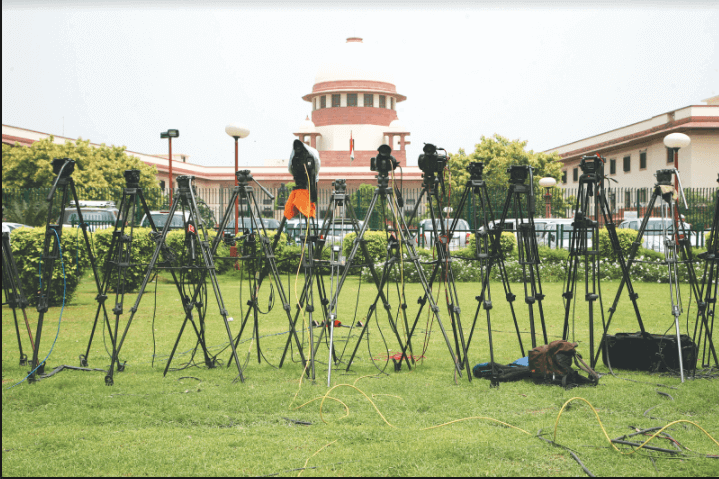 In a pathbreaking move, the Supreme Court in an interim order on March 25, 2022, permitted persons with disabilities, who have cleared the UPSC Civil Services written examination, to provisionally apply to the UPSC for selection to the Indian Police Service (IPS), the Indian Railways Protection Force Service (IRPFS) and the Delhi, Daman and Diu, Dadra and Nagar Haveli, Andaman and Nicobar Islands and Lakshadweep Police Services (DANIPS). The relief was granted by a division bench of Justices AM Khanwilkar and Abhay S Oka which asked the centre to file its reply within two weeks.

The petitioner NGO, National Platform for the Rights of the Disabled, had moved the apex court against a government notification, dated August 18, 2021, that excluded physically disabled persons from these services.

Senior Advocate Arvind Datar, appearing on behalf of the petitioner NGO, submitted that the matter needed to be heard because recently another bench had given a judgment, saying that the Court has to lay down guidelines as to what is the meaning of “having regard to nature of work” in relation to disabled persons. He drew the attention of the Court to the government report of 2015—which identified about 2,000 posts which could be occupied by people with disabilities—notified in January 2021. Datar further submitted in the Court that some handicapped persons, who had cleared the Civil Services written examination, 2021, had to indicate their preference of cadre by submitting a detailed application form but the last date had already passed.

Datar sought an interim relief in the nature of extension of the deadline for submission of application forms by the petitioners. He requested the Court to extend the deadline by one week and argued that admission of such candidates can be subject to the outcome of the petition.

The bench recorded that since the selection process was already ongoing and the last date of submitting forms in terms of Clause 8 of the instructions issued by the UPSC had already expired, the petitioners and similarly placed persons be permitted to submit their application forms to the secretary general of UPSC by the following week and their claims can be considered, subject to the outcome of the proceedings. The Court directed the authorities to accept hard copies of applications of the concerned candidates submitted on or before April 1, 2022, either physically or by courier. The Court made it clear that this order was not to intervene in the ongoing process of selection in any manner. The matter would now be heard on April 18, 2022.

According to the petition the government notification, was “unlawful and arbitrary” and the central government, in a blatant abuse of its powers under Section 34 of the Rights of Persons with Disabilities Act, excluded all kinds of employment in the IPS, DANIPS and IRPFS.

It was argued that the central government must speak to the Chief Commissioner for Persons with Disabilities before providing such an exemption. “Due to the notification, persons with disabilities cannot opt for any services in these three, and thus miss out on an important career pathway,” the petition stated.

The petition sought a direction to the Department of the Empowerment of Persons with Disabilities to reserve suitable posts for persons with disabilities in IPS, DANIPS and IRPFS. Later, the NGO released a press statement welcoming the apex court’s order, while also extending its gratitude towards Datar, Advocate Kotla Harshavardhan and their respective teams.