The pandemic couldn’t have struck at a worst time for airlines as they cope with depleting loads and increasing fear. After the Indian Commercial Pilots Association move not to fly till pilots are vaccinated, airlines have got their act together. 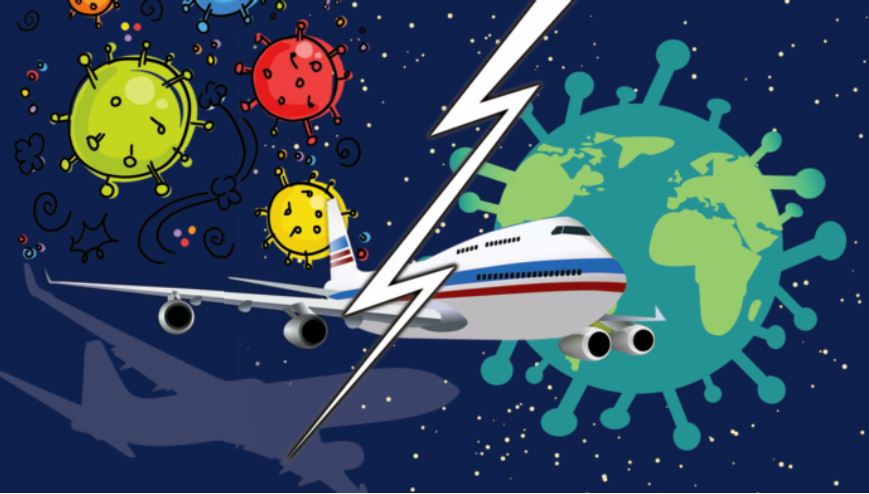 The second wave of Covid-19 has caught the whole of India within its vicious grip. While healthcare staff was designated as frontline workers and given vaccinations first, flight crew too has been urging that they be called frontline workers and be vaccinated fast as their jobs are risky. Many have flown abroad to hot spots to bring back passengers as part of the Vande Bharat flights. Others have fallen sick or succumbed to the pandemic, leaving their ilk feeling dejected and reluctant to fly.

In fact, a Position Paper of the International Air Transport Association (IATA) said in December 2020: “Given the importance of air transport in distribution of vaccines, IATA calls on governments to prioritise aviation workers for access to vaccination once the elderly, vulnerable groups and health workers have been vaccinated.” But that did not happen in India.

All this came to a head on April 28, 2021, when all 242 people onboard Air India’s Delhi-Amritsar-Rome flight were quarantined after 30 passengers and two crew—the commander and lead cabin crew member—tested positive for Covid on arrival. Italian authorities sent 232 passengers, eight cabin crew and two pilots to a Covid centre hospital for quarantine.

One of the crew wrote to the airline management, saying that the “room is dirty; no soap or towel provided; AC does not work….It has been two days since I asked them to open my room window (but) no one has come until now”. She said that “uncooked” food was served to them and warned that they all would “definitely fall sick either by eating uncooked food or by hunger”. AI made arrangements to fly them back home, but this episode left a sour taste in the mouths of flying crew.

Subsequently, the Indian Commercial Pilots Association (ICPA), the union of the erstwhile Indian Airlines, took a strong stand and told the management that AI pilots would stop flying if vaccination camps were not set up immediately for its flying crew. This is when things started moving.

That wasn’t all. Another indirect effect of Covid-19 was seen on May 11 when four SpiceJet pilots had to reportedly spend almost a day onboard a plane they had operated from Delhi to Croatian capital Zagreb because their airline did not make them undergo the mandatory pre-flight Covid test. As they did not have a negative Covid report, the four pilots had to spend their layover inside the aircraft before flying back to Delhi without passengers or cargo. SpiceJet said the crew was on board for 21 hours.

A senior commander of a private airline admitted to India Legal that his enthusiasm to fly had dampened after Covid’s second wave despite him loving his job. “Flying crew should be seen as frontline workers and vaccinated fast. Airlines should have pressed for this status for its crew in the beginning of this year,” he said. “In fact, even ground crew of airlines should be vaccinated on a priority basis as they are in constant touch with the public.”

Asked if in that case the entire service industry should be vaccinated, he admitted that it was not practical. “But airports are large confined spaces holding many people and the virus can easily spread here. Also, airline crew fly to many hot spots, and so are more vulnerable.”

Another commander said that in the last two months, he had had only two flights. He said that he was extremely careful in the cockpit and on smaller sectors, refused food and beverage. “On longer flights, my co-pilot and I take meals at different times to be safe. I am fully protected with a surgical mask and an N95 mask and gloves. I don’t allow anyone close to me in the cockpit. My priority now is how to keep myself safe and less on how to conduct the flight. In this regard, the job of the cabin crew is even more precarious,” he said.

ICPA’s letter to AI’s Director (Operations), Captain RS Sandhu, which was signed by its general secretary Capt T Praveen Keerthi, illustrates the fear among aviators: “Many crew members of the airline have been diagnosed with coronavirus, are struggling to get oxygen cylinders and are left to fend for themselves for the hospitalisation process.” It added: “We have gone above and beyond during this pandemic, risking life and limb to ensure our citizens’ well-being. Due to our unwavering support, the VBM (Vande Bharat Mission) and relief operations continue to run smoothly even in the face of a resurgence of even deadlier strains of covid-19. All we got in return for our dedication and sacrifice is a massive discriminatory pay cut,” it said. “With no healthcare support to the flying crew, no insurance and a massive opportunistic pay cut, we are in no position to continue risking the lives of our pilots without vaccination,” the letter said.

Capt Keerthi claimed to India Legal that a mass vaccination camp had been held on April 13 for all departments except the flying crew. “We had been writing to the ministry and the AI management from last year to designate us as frontline workers as we fly to so many places abroad, including China, and are at risk. But except for paying lip-service to us and lauding our efforts, nothing was done. We got tired of begging and finally had to resort to saying that we won’t fly.”

Following this stand, AI started vaccinations and tied up with Bharat Biotech, said Keerthi. The ICPA has also set up call centres for Covid in all its major bases, he said. AI had also announced a compensation of Rs10 lakh for deceased permanent employees in July 2020. “A 24-hour tele­medicine, care-at-home, robust, dedicated helpline having a strong team of more than 100 employees manning it is in place to cater to Covid related medical requirements of employees,” the airline said in a statement.

Following ICPA’s threat to AI, private airlines too started vaccinating their staff. But most pilots India Legal spoke to said it was too little too late. In fact, they claimed that the actual number of pilots who had fallen sick or succumbed to Covid-19 was being kept under wraps.

IndiGo started vaccination in 40 stations and tied up with Columbia Asia Hospital in Gurugram for employees who may need oxygen beds. It also has a mobile application, The Wellness Corner, which is a helpline for doctor consultation. The airline is also offering quarantine facilities in hotels to employees who have mild Covid-19 symptoms or are asymptomatic. It also launched a plasma donor bank with help from employees who had recovered from Covid in the past three months. Already, 110 employees have come forward for donating plasma.

GoAir aims to vaccinate most of its employees by May-end and AirAsia India said it has carried out drives in Gurugram, Bengaluru and Delhi. Vistara too has started vaccination of its staff in its office in Gurugram and offered to fly doctors and nurses free across its domestic network while on duty. In addition, it has tried to keep layovers in other cities to the minimum and increased the reporting time of pilots. Its passenger boarding is also systematic and as per seat arrangement to decrease passenger contact. The turn­over time for its planes has increased from 40 minutes to over an hour to give time to sanitise the planes. Flight crew is also given post-vaccination leave of two days in case they are indisposed. Most airlines also provide masks and sanitisers, and in some cases, alcohol wipes for cockpit controls.

Low-cost carrier SpiceJet started its vaccination drive from May 17 and will cover its 15,000 employees across all the stations. Ajay Singh, CMD, SpiceJet, reportedly said: “At SpiceJet, the health and safety of our passengers and employees is our topmost priority. Vaccination is a key step towards fighting the COVID-19 pandemic and it’s important that essential workers like airline employees are vaccinated on priority.”

But like India’s vaccination programme, airlines too have been slow to act against Covid. International carriers Etihad and Singapore Airlines had vaccinated all their pilots and cabin crew as early as February 2021. And in April, Qatar Airways operated the world’s first fully vaccinated flight with all 188 passengers, two pilots and 18 cabin crew fully vaccinated.

Besides the fear of Covid, airlines in India are also facing an uncertain future with declining passenger traffic. This has led to severe salary cuts and little flying for pilots. This and Covid have had a deleterious effect on the flying crew.