The army has often been plagued by rights’ abuses as it battles counter-insurgency in various states. To ameliorate the situation, an Additional Director General (Human Rights) has been appointed. 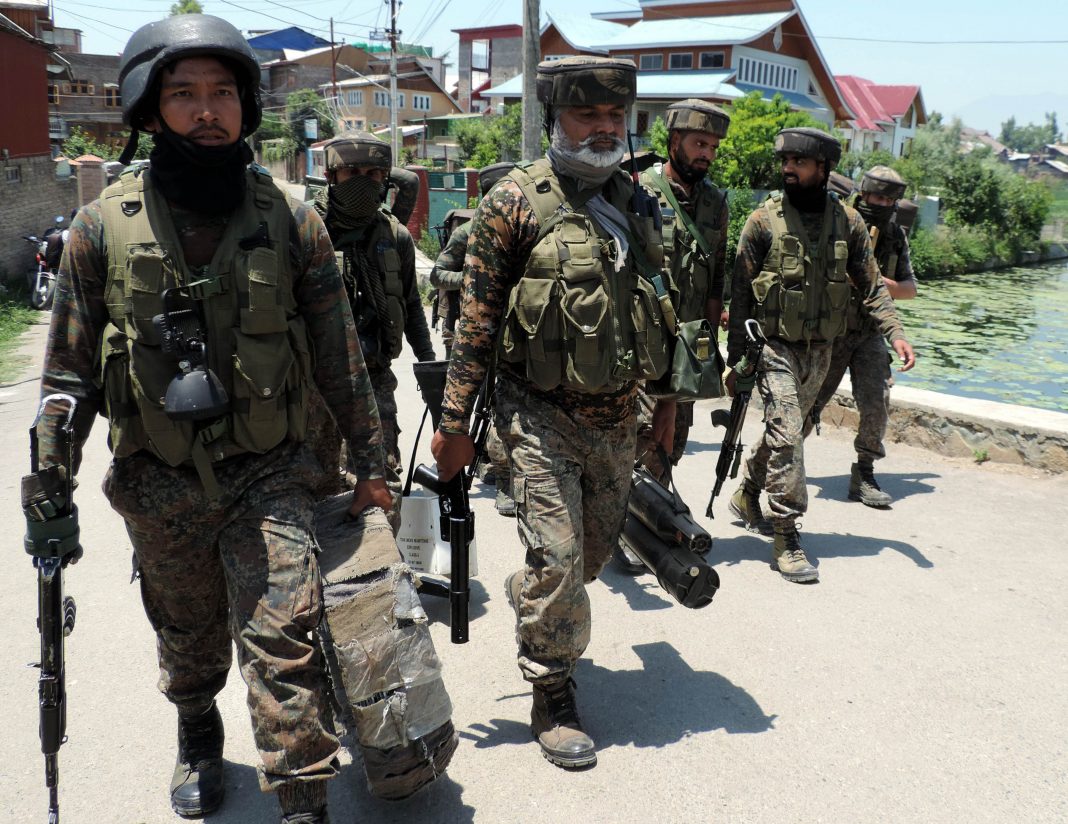 The New Year eve announcement of the Indian Army appointing Major General Gautam Chauhan as Additional Director General (Human Rights) formally recognises the importance of human rights in military operations. This is in keeping with the global trend of increased human rights awareness, particularly in unconventional and low intensity conflicts.

General Chauhan will head the Additional Directorate General for Human Rights under the Vice-Chief of Army Staff (VCOAS) responsible for planning and execution of operations. He will be assisted by an officer of SSP/SP rank from the Indian Police Service on deputation. Details of the Directorate’s structure, responsibilities and functions are not yet available.

The creation of an exclusive body under the VCOAS for dealing with human rights issues has not come a day too soon. For nearly 75 years, the army has been shouldering the humongous responsibility of fighting insurgency groups, wholly or partly, in tandem with civil armed police forces. According to India’s Conflict Map 2019, published in the South Asia Terrorism Portal (SATP), as many as 170 districts in 13 states of the country were affected by Left Wing Extremist (LWE) a collective term for the ultra-left, Maoists and Naxalites insurgency. In six north-eastern states, 69 districts faced some form of insurgency or extremism. In J&K, 19 districts are affected by militancy of a different kind because the Pakistan Army has been using militants and jihadi terror groups to bleed India. It had been providing arms, training and operational support to militants to continue a proxy war, launched from sanctuaries across the Line of Control in Pakistan-occupied areas. This makes the counter insurgency (CI) operations in the state a hybrid war, where the terrorists further Pakistan’s strategic objective. This further complicates the murky operational scene in J&K.

According to the SATP insurgency datasheet, in the last two decades, over 45,442 lives have been lost in the country in 23,166 incidents involving insurgents. The database shows 76 terrorist and insurgent groups are active, while 106 groups remain inactive. Each of the 13 affected states has its own political situation that has contributed to the rise of insurgent groups. They fight for their own ideological, ethnic, separatist or religious causes. Some of the states such as Nagaland, Manipur and Mizoram are prone to trafficking of humans, arms and drugs. These provide opportunities for insurgent groups to survive. The possibility of troops involved in every operation, committing human rights violations, intentionally or otherwise, is therefore real. In spite of these issues, the army has an enviable record as a disciplined force that respects human rights in carrying out CI operations even in an extremely provocative environment.

The Army Doctrine 2004 conceptualised CI operations in conformity with the emerging dynamics of social consciousness on human rights. It defined the military aim of CI operations as “conflict management” rather than “conflict resolution”, which is a larger political objective that requires a national strategy. Not harming an innocent person “even if a terrorist escapes” became the norm of the Doctrine. The army ceased to use the number of “kills” in CI operations to assess performance and replaced it with the ability to make a militant surrender. We can see its impact in current operations against terrorists in J&K. The army has also set up a feedback and grievance helpline—984101010—in the Kashmir Valley to allow people to report cases of human rights violations.

Much of the discussions on human rights excesses in CI operations focus on the Armed Forces Special Powers Act, which provides police powers to army personnel. They seem to miss the elephant in the room: weakness of the armed forces judicial system, based on the Army and Air Force Acts of 1950 and the Navy Act of 1957. These Acts of colonial vintage enable the armed forces to internalise the process of investigation, prosecution and defence and trial. It selects the panel of judges from its own ranks under the advice of their own judge advocate general.

The defence minister’s committee of experts in its 2015 report lays bare the weaknesses of the armed forces judicial system. Part V of the report

“Matters concerning military justice and reforms thereon” says the Indian Military Acts, enacted soon after Independence, reflecting “the mindset of a force of occupation and were modelled on the provisions of the Crown”. Though British laws had kept pace with changing times, the basic structure of Indian military laws remained the same, except for a few cosmetic changes or amendments forced by decisions of constitutional courts. Even these changes, it averred, “did not come as a way of introspection or desire to be abreast with global practices, but were forced and reluctantly adopted”. It said “the independence of judiciary and separation of powers in the civilian set-up in letter and spirit, which, even as on date, remains a far call in the military”.

Its comment on the claim of swiftness of military justice is worth pondering: “…swiftness or quickness of trial or a high rate of conviction may reflect procedural efficiency but not judicial soundness of the system.” It also says that “most of the democracies have moved on, but we are clinging on to a system long aborted by others”. Unless the military justice system is overhauled, the slur of human rights violations on troops will continue to linger, in spite of the sacrifices made by brave soldiers.

Ironically, three days before the announcement of Gen Chauhan’s appointment, a police report alleged an army officer and two of his associates had planted weapons on the bodies of three labourers killed in South Kashmir to make it look as though they were militants in a staged gun battle. Further investigation identified the army officer and other personnel involved and the army is processing the case.

It underlines the enormity of the task that awaits Gen Chauhan in the uncharted waters of dealing with human rights issues in the army. Presumably, when he gets going, a lot of clarity will emerge in the process for handling accusations of human rights violations, which often remains murky. This is mainly due to aberrations outside the control of the army.

Many of the soldiers recruited in the army, invariably grow up in an environment deprived of some human rights such as equality, right to free speech and movement. Often, they carry their own baggage of social aberrations in terms of tribal, caste and communal prejudices and patriarchy, which condition their attitudes to human rights. On joining the army, under the Army Act, the soldier loses some of the fundamental freedoms that are available to the citizen. This is a functional requirement of the army to enforce discipline with an iron hand and is essential for successful conduct of operations. However, such an environment hardly encourages the growth of human rights consciousness.

In his basic training, the soldier is trained to carry out conventional warfare, where shoot to kill is the key to his survival. In spite of this, the army is able to train and mould him to meet the basic requirement of carrying out CI operations, as part of a disciplined force. On moving to a CI scene, the soldier is invariably put through training that imparts skill in fighting a decentralised operation, using minimum force, to hunt out the extremists operating among civilians. But it is not easy. So, a great deal of interactive training will be required to improve the soldier’s basic understanding of the requirements of human rights. These are issues relevant not only to troops, but all the three limbs of democracy.