As China gains a greater foothold in Lanka, India is cautiously watching if its influence in the region will be hit. Minister S Jaishankar’s visit to Colombo was an attempt to mend fences with the neighbour. 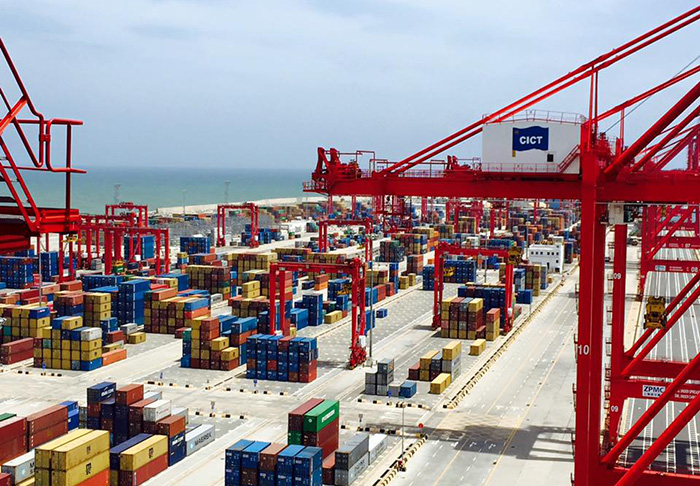 Last year, 2020, may well end up as a landmark one, not only because of the Covid-19 pandemic, but due to the running feud between the US and China that set many prairie fires in global politics. Sadly, even though it was the 75th year of the founding of the United Nations, it will be one of its most forgettable years for non-performance, when most international institutions were reduced to debating societies.

Chinese President Xi Jinping in his address on the 75th anniversary of the UN on September 22, 2020, championed the cause of the global organisation to stand firm for justice, mutual respect and equality among all countries. He spoke strongly in favour of globalisation and climate control and cautioned: “Unilateralism is a dead end. All need to follow the approach of extensive consultation, joint contribution and shared benefits.” Clearly, with the US increasingly isolating itself, China is getting ready to steal the thunder in the global arena. If we go by the developments in 2020, China can be expected to play a greater leadership role in the UN in the coming years.

Two UN advisory bodies the WHO and the UN Human Rights Council (UNHRC) were probably affected more by US President Donald Trump’s version of American exceptionalism after he reneged on the leadership role the US played in these institutions. China has taken advantage of this and increased its influence in both bodies. WHO’s role became suspect in the western world during the Covid pandemic when it failed to pay attention to China’s dubious role in trying to suppress information on the origin and spread of the virus from Wuhan.

China, which had been hauled up before UNHRC for human rights excesses against the Uyghur minority, is now a member of it. This gives it a vantage point when the UNHRC discusses Sri Lanka in March 2021. It is not clear how effective these bodies would be during this year as much would depend on how quickly the newly elected POTUS, Joe Biden, “takes back the country” to face China on his own terms and joins the UNHRC. And it is not going to be an easy task.

India saw China firming up its strategic presence in South Asia and the Indo-Pacific region at the cost of its own influence in its neighbourhood and the Indian Ocean region. In the face of the China-Pakistan strategic combine gaining strength, India is recasting two of its core beliefs strategic autonomy and building a win-win relation with China to protect its interests as a regional power. The Quad a quadrilateral network of the US, Japan, India and Australia has taken shape to protect their strategic interests in the Indo-Pacific region to tackle China’s aggressive pursuit of its interests.

During 2020, Sri Lankan President Gotabaya Rajapaksa carefully balanced his external relationship in the midst of these developments. When he served as defence secretary during his brother’s (President Mahinda Rajapaksa) decade long rule, both came under strong influence from China. However, President Rajapaksa tried to erase any such misgivings in India and swore that Sri Lanka would never do anything detrimental to Indian security.

In spite of this, Sri Lanka is fast becoming a case study of China’s influence on it, not only in economic policies and development agenda, but politics as well. It has affected the interests of its other traditional development partners such as India, US and Japan. The Rajapaksa government has not accepted the US offer of the $480 million Millennium Development Grant, though the proposal was mooted during President Mahinda Rajapaksa’s rule. The government has abandoned the Japan International Cooperation Agency-funded Colombo monorail project. It is a slight that would not be easily forgotten by Japan.

The Japan, India and Singapore joint project for development of Trincomalee is still in incubation. A slew of Indian-funded development projects have also faced bureaucratic delay. Indian partnership for the development of the East Container Terminal (ECT) project of Colombo Port, agreed upon by the Sirisena Wickremesinghe government faced trouble of a different kind. The government had signed a Memorandum of Understanding (MoU) with India and Japan to jointly develop the terminal, utilising a $500 million loan from Japan. India chose the country’s largest private port operator, the Adani group, for a joint venture with the Sri Lankan Port Authority and the local conglomerate John Keells for the project. However, despite India prodding Sri Lanka at the highest level, the Rajapaksa government delayed taking a decision on it. As Columnist Ranga Jayasurya noted:

“However, the ruling party-affiliated trade unions have opposed the joint venture with India. That is notwithstanding that China’s state owned enterprises and China Port Merchants own 85 percent of stake in the adjacent Colombo International Container Terminal under a 35-year Built-Operate Transfer Agreement.”

President Rajapaksa is in control of a highly centralised government, with strong military overtones, and run according to the Sinhala Buddhist religious and cultural ethos. The president has openly declared that he is beholden to the Sinhala Buddhist majority for electing him and giving him a two-thirds majority in parliament. His word has become the rule of law.

With Sinhala majoritarian rule a reality, Tamil and Muslim minorities fear they would lose even the few measures taken by earlier governments in meeting their aspirations. These fears seem to be justified considering the recent decisions taken by the government. These include indefinite postponement of the provincial council (PC) elections on the advice of Buddhist prelates, periodic threats to repeal the 13th amendment that created the PC and witch-hunting of Muslims by Buddhist fringe elements.

Perhaps the most far reaching of all his actions was to announce that Sri Lanka would no longer be cooperating with the UNHRC resolution 30/1, which the previous government had co-sponsored in 2015. According to the resolution, Sri Lanka was committed to “establish a judicial mechanism with a special counsel to investigate allegations of violations and abuses of human rights and violations of international humanitarian law”. It also affirmed that “a credible justice process should include independent judicial and prosecutorial institutions led by individuals known for their integrity and impartiality”.

However, though the Sirisena Wickremesinghe government made some hesitant moves to implement the resolution, it had to seek a two-year extension in 2017 to fulfil its commitment. After that, the ruling coalition developed cracks and the implementation process came to a grinding halt.

When the deadline ended in the UNHRC in 2019, Sri Lanka Prime Minister Ranil Wickremesinghe managed to get another two-year extension through a resolution sponsored by the UK, Canada and Germany.

While announcing the withdrawal of sponsorship of the UNHRC resolution, the Rajapaksa government declared its commitment “to achieve sustainable peace through an inclusive, domestically designed and executed reconciliation and accountability process, including through the appropriate adaptation of existing mechanisms, in line with the Government’s policy framework”. This would imply that the government was in no mood to strike a compromise against foreign intervention as it considers it an affront to its sovereignty. It seems to be banking on the support of China, Russia, Cuba, Pakistan and Uzbekistan.

India had been keenly following the issue in the UNHRC as it is intimately linked to the ethnic reconciliation process, underwritten in the Indo-Sri Lanka Agreement in 1987. Moreover, its fate has political implications in Tamil Nadu politics where the Sri Lanka Tamil issue comes to the fore particularly during elections.

It is against this backdrop that we have to look at the two-day visit of Dr S Jaishankar, Minister of External Affairs, to Colombo in the first week of January 2021. During the visit, he called upon the president, the PM and the foreign secretary, as well as political leaders who included Tamil ones. According to media reports, during his meeting with the president, a number of issues, including ongoing projects and other areas of cooperation and development were identified. Apparently, the Indian foreign minister had raised the delayed ECT project issue also with President Rajapaksa, because the president clarified the status of the project on January 13 to a group of the Ports Authority Trade Union representatives. He said: “The former government has made an agreement to sell the ECT to India. Following discussions the incumbent government had with India, it has now been agreed to retain 51 percent of its ownership and the administration of the Eastern Terminal with the Ports Authority.” He further added that the ECT development project was planned after careful consideration of regional geopolitical facts, the country’s sovereignty, generation of income and job opportunities. He explained that India contributes to 66 percent of re-exports at the ECT. Bangladesh contributes 9 percent to the shipment volumes and the rest are transshipments from other countries.

Jaishankar also addressed a joint media conference with his Sri Lankan counterpart, Dinesh Gunawardena. He reminded Sri Lanka that India was a dependable partner “open to strengthening its relationship with Sri Lanka on the basis of mutual trust, mutual interest, mutual respect and mutual sensitivity”. This was perhaps a subtle reference to the sensitive issue of Sri Lanka’s commitment under the 1987 Accord.

He said that it was in “Sri Lanka’s own interest that the expectation of the Tamil people for equality, justice, peace and dignity within a united Sri Lanka are fulfilled. That applies equally to the commitments made by the Sri Lanka government on meaningful devolution, including the 13th Amendment to the Constitution”. This was a signal that India would not be party to any action that compromises the Indo-Sri Lanka Agreement of 1987.

The Sri Lankan Tamil issue is already coming up as assembly elections are going to take place in Tamil Nadu in May 2021. The BJP is determined to make a mark in the state with its coalition partner, the AIADMK.

One can expect the Sri Lanka war crimes issue to gain momentum in the state when the UNHRC discusses Sri Lanka in March. With China, Russia and Pakistan ganging up to support Sri Lanka, India may have to do some tight-rope walking in managing it in the UNHRC.