Noting that an “alarming number” of children in conflict with law are detained in “adult jails” in the national capital, the Delhi High Court is considering to issue a slew of measures in order to apprise the arrestees of their legal rights. 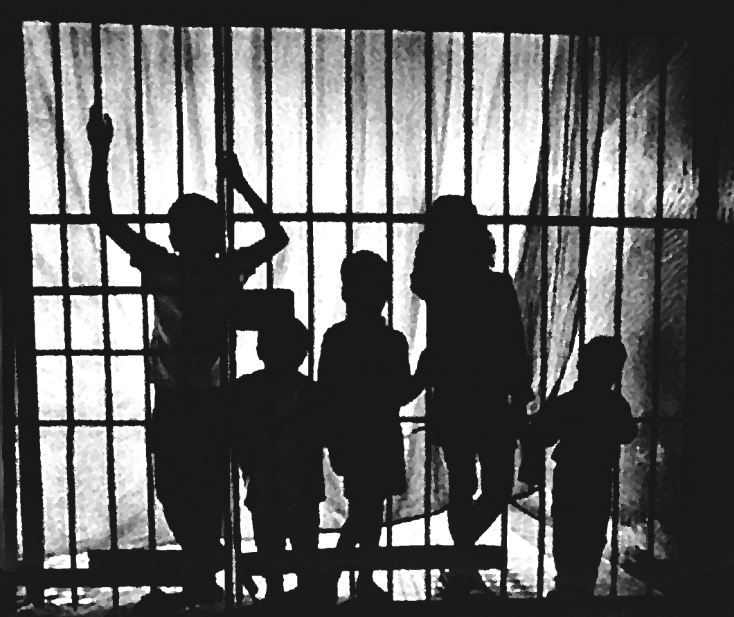 A Division Bench of the Delhi High Court, comprising Justices Siddharth Mridul and Anup Jairam Bhambhani is considering issues pertaining to interpretation and effective implementation of several provisions of the Juvenile Justice (Care and Protection of Children) Act, 2015. The Juvenile Justice Act, 2015, was enacted to consolidate and amend the law relating to children alleged and found to be in conflict with law and children in need of care and protection by catering to their basic needs through proper care, protection, development, treatment and social reintegration. The thrust was to adopt a child-friendly approach in the adjudication and disposal of matters in the best interest of children; and for their rehabilitation through processes provided and institutions and bodies established under the Act.

The Act defines a “child in conflict with law” as a child who is alleged or found to have committed an offence and has not completed 18 years of age on the date of commission of such offence. On the other hand, a “child in need of care and protection” is defined so as to include a child who is found without any home; or is working in contravention of labour laws; or is residing with a person who has injured, exploited, abused or neglected the child; or is mentally ill having parents or guardians unfit to look after such child; or is facing imminent risk of marriage before attaining the marriageable age.

Under the Act, Juvenile Justice Boards (JJBs) and Child Welfare Committees (CWCs) are required to be set up in each district to deal with the children in conflict with law as well as those who are in need of care and protection. The Act provides that no child in conflict with law can be tried as an adult, except in cases where such child is between 16 and 18 years of age and has committed a heinous offence, nor can the child be placed in police lockups or lodged in a jail. The Children’s Court is directed to ensure that a child who is in conflict with law is sent to an institutional care, such as a special home or an observation home.

The present case arises from a reference made in 2020 to the Court by a Juvenile Justice Board in the city, to examine how to deal with circumstances wherein a child is in conflict with law, who also happens to be a child in need of care and protection, so that the best interest of child is served in accordance with law.

During the course of the proceedings, a petition pointing out measures required to prevent child trafficking was tagged with the instant matter and the intervention applications moved by NGO Bachpan Bachao Andolan and the Delhi Commission for Protection of Child Rights were also allowed, for widening the scope of the proceedings for better administration of juvenile justice.

In order to better understand the systemic flaws that lead to delinquent juveniles ending up in adult jails, the bench had called for a status report from the Delhi government disclosing data on the number of juveniles who were transferred from adult jails to juvenile justice homes or childcare institutions in the last five years, with the details of the numbers found in Tihar, Rohini and Mandoli jails respectively; as also stating the offences with which they were charged along with the date they were admitted and the date on which they were transferred from adult jails to juvenile justice homes/child care institutions.

In compliance with the Court’s order, a tabulated summary of the number of children in conflict with law who were detained in adult jails at Tihar, Rohini and Mandoli over the last five years and were subsequently transferred to juvenile homes, was placed on record by the government. Observing that the total added up to an alarming number of about 800 such cases, the bench is considering issuing a slew of directions for streamlining the process of assessing the age of an arrestee at the very first step when the person is brought to the police station. In this regard, the bench noted various suggestions, which inter alia includes:

1. Deployment of para-legal volunteers in police stations to apprise arrestees of their legal rights.

2. Incorporating in an Arrest Memo additional entries on the verified age of an arrestee.

3. Ensuring that the mandate of the Juvenile Justice Act, 2015, is duly complied with by all Magistrates inasmuch as the Magistrates should ensure that in the intervening period, when an arrestee’s claim of being ‘juvenile’ is being enquired into, such person is housed in a place of safety.

In 2012, the Delhi High Court in the case of Court on its own motion vs De­partment of Women and Child had laid down extensive directions to all concerned agencies, including police, magistrates for protecting juveniles from the hardship of the adult penal system by ensuring that such juveniles or children in conflict with law are not incarcerated in jails meant for adult offenders. Even almost ten years later, the issue of juveniles being lodged in adult jails remains a grim reality.

Taking note of the non-compliance of the said directions, the bench has asked the Delhi State Legal Services Authority to furnish a report on implementation and compliance of the 2012 guidelines and directions pertaining to incarceration of juveniles and children in conflict with law in adult jails. The matter is slated for next hearing on March 9, 2022.

The apex court in 2020, in the case of Exploitation of Children in Orphanages in State of Tamil Nadu vs Union of India, made it clear that if apprehended, any child has to be immediately placed under the care of the special juvenile police unit or a designated child welfare officer, but under no circumstances can such a child be kept in police lockup or jail. The Court’s order came after its attention was drawn to mishandling of children in conflict with law by the state authorities in the light of several media reports about children being detained and tortured in police custody in Delhi and Uttar Pradesh.

“All JJBs within the country must follow the letter and spirit of the provisions of the Act. We make it clear that the Juvenile Justice Boards are not meant to be silent spectators and pass orders only if a matter comes before them. They can take note of the factual situation if it involves the knowledge of the JJBs that a child has been detained in prison or police lock up. It is the duty of the JJBs to ensure that the child is immediately granted bail or sent to an observation home or a place of safety. The Act can’t be flouted by anybody, least of all the police,” the apex court emphasised.