The move by the state cabinet to amend the Act has been criticised as it will empower the government and clip the wings of the Ombudsman. Critics say it is equal to deceiving the public. 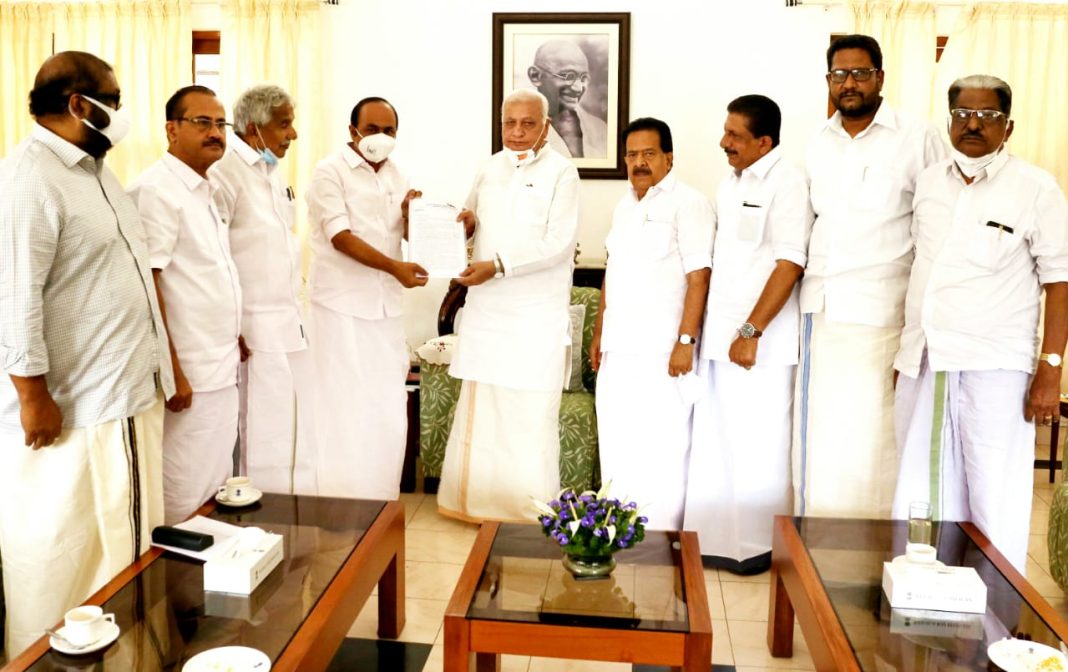 The Kerala cabinet recently recommended to the governor to issue an ordinance to amend the Kerala Lokayukta Act, 1999. This would give it the power to dismiss any report of the anti-corruption body. This amendment seeks to empower the government as the Lokayukta would have only powers to make recommendations or send reports to it, effectively reducing it to an advisory role.

The government’s move comes at a time when there are complaints against Kerala Chief Minister Pinarayi Vijayan and Higher Education Minister R Bindu at the Lokayukta. There are three complaints against the chief minister for allegedly misappropriating money from the Disaster Relief Fund, while it was alleged that R Bindu had written to the governor recommending the reappointment of the Kannur University V-C. Following this, a case was filed against the minister.

Earlier, the Lokayukta had passed a verdict against KT Jaleel, a minister in the first Vijayan government, for nepotism. The Lokayukta observed that Jaleel had misused his power and was not eligible to continue as a minister. Subsequently, Jaleel resigned from the ministry.

State Law Minister P Rajeev, justifying the latest move of the government, told reporters that the ordinance was as per the advice of the advocate-general. He said that the amendments were aimed at bringing the anti-corruption body on par with those in other states. He said that the existing Act denies natural justice as there was no provision for even an appeal. Rajeev said the proposed amendment has nothing to do with pending complaints against the CM and Bindu.

There have been two High Court verdicts which said the Lokayukta has only recommendatory jurisdiction and not mandatory one. There was legal advice that Section 14 of the Lokayukta Act is against Articles 163 and 164 of the Constitution. The Lokayukta infringes upon the rights of a cabinet.

The Opposition has protested the move of the state government. The state Congress and the BJP charged that the proposed ordinance was an attempt to undermine the powers of the ombudsman, that is the Lokayukta, and facilitate corruption in the government. Former Opposition leader and Congress veteran Ramesh Chennithala alleged that the CPI(M), which had campaigned for strengthening anti-corruption measures through systems like the Lokpal, is now trying to clip the wings of the state Lokayukta. The government’s move to rob the powers of the Lokayukta is unprecedented, he said. The government fears it would face adverse verdicts from the Lokayukta in the complaints against Vijayan and Bindu, he added.

Kerala Opposition Leader VD Satheesan has written a letter to the governor asking him not to sign the ordinance. He said the government had destroyed the relevance of the anti-corruption body through the ordinance. In his letter, he said the proposed ordinance would curtail the powers of the Lokayukta to mere advisory in nature. This is against the very essence of the Lokayukta which was set up as an establishment to curb corruption and mismanagement. Its role in preventing corruption and resolving the common man’s grievances is significant, he wrote. That is the main reason why the Lokayukta has been given the authority to direct corrupt public officials to quit office.

Referring to Section 3 of the Kerala Lokayukta Act, 1999, Satheesan said that a person can be appointed as a Lokayukta only if he has previously served as a judge of the Supreme Court or as a chief justice of a High Court. He said weakening this provision to allow any former High Court judge to hold office will only serve to lower the status of the state’s most significant institution.

Former Chief Minister Oommen Chandy and Chennithala also took strong objection to the move saying that the government should make it clear in what emergency situation the ordinance had to be brought at a time when the assembly was to be in session next month. BJP state chief K Surendran alleged that the government took the hasty decision as the Lokayukta was considering some of the biggest corruption scandals against the government.

Advocates, too, have criticised the proposed amendment to undermine the Lokayukta’s power. T Asaf Ali, a former special attorney, Lokayukta, said the proposed move would essentially make the chief minister a “Super Lokayukta” and that it would “crucify”an anti-corruption committee like the Lokayukta. Former Kerala High Court Justice Kemal Pasha reportedly said that it was equal to deceiving and challenging the public.

Advocate Harish reportedly said that the Lokayukta is a judicial body intended to remove any executive for corruption, including the CM. That is constitutional. With the amendment, the CM or any executive can continue in office even if the corruption is proved. This defeats the purpose of the Lokayukta Act and is a regressive legislation, he added.

Former Kerala Upa Lokayukta Justice KP Balachandran reportedly said that to kill is easy, but to give life is difficult. If the powers are tweaked, the best thing is to dissolve this institution as it costs a huge sum of money to the ex­chequer, he said. And to keep it going without powers is of no use, hence it is better to wind it up.

After the investigation, if the Lokayukta has found that an injustice has been caused to the complainant or if the allegation against a public servant has been wholly or partly substantiated, the competent authority should inform the former of the action taken within one month or three months respectively.

These directions are recommendatory in nature and are not binding on the government. However, there is a provision in the Act that makes the directions of the Lokayukta binding. When the Lokayukta finds the public servant in question guilty of the allegations, the former will inform the governor or the CM as a “declaration”—a declaration that the public servant is unfit to hold the post. This declaration is binding on the government, which means the governor or the CM should accept it.

The Lokayukta is an autonomous anti-corruption agency formed to keep a check on corruption in the government. It is an ombudsman type of institution “to investigate the grievances of the public about administrative wrongs and excesses.”

A person of eminent background is nominated to the post, who is capable of redressing complaints expeditiously against the working efficiency and integrity of the government or its administration. After appointment of the Lokayukta, he cannot be dismissed or transferred by the government. He can be removed only by passing an impeachment motion by the state assembly.

Maharashtra was the first state to start the institution of Lokayukta in 1971 through the “Lokayukta and Up-Lokayuktas Act”. Maharashtra was followed by similar Acts by Odisha, Rajasthan, Uttar Pradesh, Bihar, Madhya Pradesh, Karnataka, Gujarat, Andhra Pradesh, Tamil Nadu, Kerala and Delhi. The powers of Lokayukta differ in each state.

Did you find apk for android? You can find new Free Android Games and apps.
Share
Facebook
Twitter
Pinterest
WhatsApp
Previous articleHaryana 75% jobs for locals quota: Supreme Court to hear appeal against Punjab and Haryana HC order on February 7
Next articleDrop of a Hat