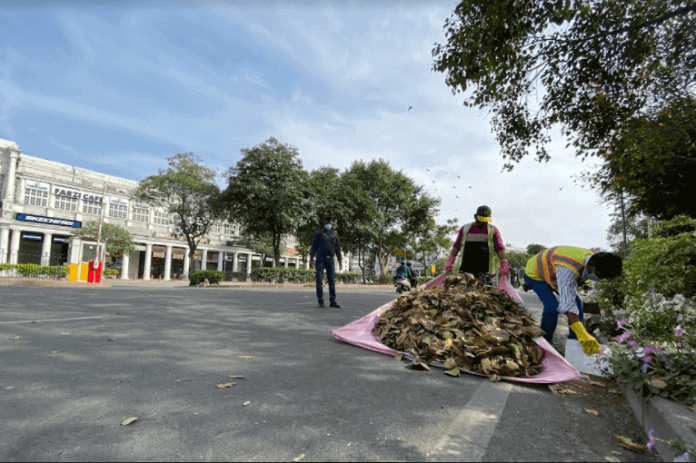 The Bill was introduced a month before the elections to the three municipal corporations, leading Delhi’s AAP government to accuse the BJP of delaying the polls fearing defeat. Chief Minister Arvind Kejriwal said on March 24 that the AAP would quit politics if the BJP gets MCD elections conducted in a timely manner and wins. Kejriwal alleged that the BJP was cancelling these elections and expressed apprehension that the same method could be used for state and national-level elections too. He added that the BJP claimed that it was the biggest political party in the world, but had got scared by a small party and a small election. He appealed to Prime Minister Narendra Modi with folded hands to protect the Constitution and democracy.

Addressing the media at Delhi Vidhan Sabha, Kejriwal said that it was on this very day that Bhagat Singh, Sukhdev and Rajguru were hanged to death by the British. These martyrs had made the supreme sacrifice to bring freedom to this nation. India won independence and made one of the strongest Constitutions in the world. The Constitution gave the public the power to elect governments of its choice, who run it as the people say. But for the last few days, what has transpired because of the BJP was nothing short of a travesty, he said.

Kejriwal wondered if the upcoming Gujarat elections would also see the BJP writing to the Central Election Commission asking it to defer it as they wanted to merge the state with Maharashtra. He also asked if the same would be applied to the Lok Sabha elections; will it tell the Election Commission that it wants to establish a presidential system so elections can’t take place. There is no point having a democracy if elections are cancelled as it will make people feel voiceless and suppressed, he argued. Kejriwal warned the BJP that the people would never forgive it for cancelling an election and taking away their basic right of electing representatives.

Replying to Kejriwal, Delhi BJP spokesperson Praveen Shankar Kapoor said that the statements of the chief minister and other AAP leaders in the context of the municipal elections reflected their political frustration and lust for power in civic bodies. Kapoor further said that the centre was trying to improve the financial health and working of the civic body by unifying the three arms of it.

He alleged that the statements of the chief minister and other AAP leaders showed that they have no concern for improving municipal services or the betterment of service conditions of civic employees. The AAP leaders are just hungry for power at civic bodies, he added. BJP state president Adesh Gupta added that the AAP government had ruined the condition of corporations in the past 10 years.

The AAP government has moved the Supreme Court seeking directions to the State Election Commission to conduct municipal elections in Delhi in a free, fair and expeditious manner, without any interference from the central government.

Earlier this month, a press conference scheduled by the State Election Commissioner to announce the MCD poll dates was called off at the last moment after the centre expressed its intention to unify the three civic bodies. The current terms of the bodies—with 272 wards under them—expire between May 18 and May 22. There are 104 wards each in the North and the South Delhi Municipal Corporations. East Delhi Municipal Corporation has 64 wards. All three are headed by the BJP.

Coming to the trifurcation of the Corporation, it was uneven in terms of the territorial divisions and revenue-generating potential of each Corporation. As a result, there was a huge gap in the resources available to them. The gap has widened over a period of time, increasing the financial difficulties of the three Corporations, leaving them incapacitated to make timely payment of salaries and retirement benefits to their employees and creating obstruction in maintaining civic services in Delhi.

The new Bill seeks to amend the Delhi Municipal Corporation Act, 1957 passed by Parliament and to unify the three municipal corporations into a single, integrated and well equipped entity; ensure a robust mechanism for synergised and strategic planning and optimal utilisation of resources; and bring about greater transparency, improved governance and more efficient delivery of civic service for the people of Delhi.

The Act, as amended in 2011, empowers the Delhi government to decide various matters under the Act. These include:

(ii) division of the area of corporations into zones and wards

(iv) matters such as salary and allo­wances, and leave of absence of the Commissioner

(v) sanctioning of consolidation of loans by a corporation

(vi) sanctioning suits for compensation against the Commissioner for loss or waste or misapplication of Municipal Fund or property.

Similarly, the Act mandates that the Commissioner will exercise his powers regarding building regulations under the general superintendence and directions of Delhi government. But the Bill now empowers the central government to decide these matters.

Also Read: Rajasthan High Court disposes of PIL on using both sides of A4 paper in the court proceedings

According to the Bill, the total number of seats in the new Corporation should not be more than 250.

In addition, the Act provides for a Director of Local Bodies to assist the Delhi government and discharge certain functions which include: (i) coordinating between Corporations (ii) framing recruitment rules for various posts (iii) coordinating the collecting and sharing of toll tax collected by the respective Corporations. The Bill, however, omits the provision for a Director of Local Bodies and instead provides that the central government may appoint a Special Officer to exercise powers of the Corporation until its first meeting is held after the commencement of the Bill.

The Bill adds that the obligatory functions of the new Corporation will include establishing an e-governance system for citizen services on an anytime-anywhere basis for better, accountable and transparent administration.  The Act provides that a sweeper employed for doing house scavenging of a building would be required to be given a reasonable cause or a 14-day notice before his services can be discontinued. The Bill seeks to omit this provision.