The Bill aims to regulate medical devices and online pharmacies and appoint medical devices officers to look at clinical trials. This is an attempt to keep pace with changing needs, times and technology 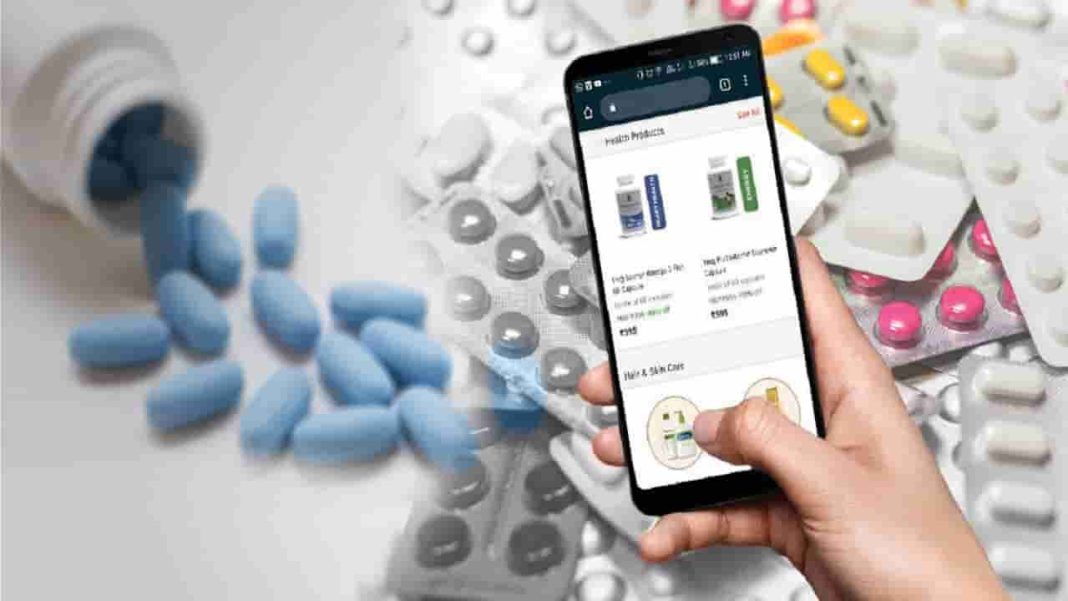 On July 8, the health ministry released a draft “Drugs, Medical Devices and Cosmetics Bill, 2022” in which, for the first time, efforts will be made to regulate e-pharmacies.

The Bill also proposes creating a technical advisory board for the same, state and central testing labs for medical devices, allowing the centre to make rules regulating online pharmacies, appointing medical devices officers to look at clinical trials and licenses for the sale (even online) of devices.

This board will not only include medical professionals, but also people with technical knowledge of the devices. Other than officials from the health ministry, the board will also include people from the Department of Atomic Energy, Department of Science and Technology, ministry of electronics, DRDO and experts from the fields of biomedical technology, biomaterials and polymer technology.

Further, the Bill also provides for fines, including imprisonment, for failure to pay compensation for death or injury sustained during clinical trials, both in the case of drugs and medical devices. The Bill stated that no person or entity should “stock or exhibit or offer for sale, or distribute, any drug by online mode except under and in accordance with a licence or permission issued in such manner as may be prescribed”. Suggestions from the public/stakeholders have to be forwarded within 45 days from the date of issue of the notice.

The Drugs and Cosmetics Act, 1940, is a pre-Independence legislation enacted by the Central Legislative Assembly. A review of obsolete laws and updating existing laws is a continuing process to accommodate changed requirements and adaptation of new technology. The government has time and again emphasised the need to review obsolete laws and to periodically repeal and amend laws, for which bills are being brought before Parliament. The work of review and updating of the Drugs and Cosmetics Rules, 1945, was vigorously taken up from 2016.

In the light of recommendations of the centre and the need to have comprehensive legislation, a committee was constituted for framing the New Drugs, Cosmetics and Medical Devices Bill. As per its recommendations, the health ministry proposes a draft New Drugs, Medical Devices and Cosmetics Bill, 2022 in order to keep pace with changing needs, times and technology. This Act may be called the Drugs, Medical Devices and Cosmetics Act, 2022. The provisions of this Act shall be in addition to, and not in derogation of any other law.

The Drugs and Cosmetics Act, 1940, regulates the import, manufacture and distribution of drugs in India. The primary objective of the Act is to ensure that drugs and cosmetics sold in India are safe, effective and conform to state quality standards.

The related Drugs and Cosmetics Rules, 1945, contains provisions for the classification of drugs under given schedules and there are guidelines for the storage, sale, display and prescription of each schedule. This Act was originally known as the Drug Act and passed in 1940. The original Act was prepared in accordance with the recommendations of the Chopra Committee formed in 1930. The related Drugs Rules were passed in 1945. Since 1940, the Act has undergone several amendments and is now known as the Drugs and Cosmetics Act, 1940.

The term “drug” as defined in the Act includes a wide variety of substances, diagnostic and medical devices. It defines “cosmetic” as any product that is meant to be applied to the human body for the purpose of beautifying or cleansing. The definition, however, excludes soaps. In 1964, the Act was amended to include Ayurveda and Unani drugs.

Section 16 of the Act defines the standards of quality for drugs. Section 17 defines “misbranding”. A drug is considered misbranded if it claims to be of more therapeutic value than it actually is. The manufacturer of such a drug may be asked to suspend manufacture of the drug under Section 18. Section 27 deals with fake and adulterated drugs. The Act requires that more of the ingredients of the drugs should be printed on the label. Section 22 defines the powers of drug inspectors and Section 23 defines the strict procedure which should be followed by the inspectors during any raids.

The Act lacks specific penalties for violating provisions relating to clinical trials. As a result, no penalties could be imposed on the Bill and Melinda Gates Foundation-funded Programme for Appropriate Technology in Health for violating norms in conducting HPV vaccination trials on tribal girls in Andhra Pradesh and Gujarat.

On April 17, 2015, the government told the Supreme Court that due to lack of specific penalties, the government could only halt the trials and issued warnings. The trial had been found to be unethical by a parliamentary committee in 2013.