Recently, a 17-year-old approached the Delhi High Court in order to donate part of his liver to his ailing father. However, rules prevent this. Should humanitarian reasons precede procedural norms? 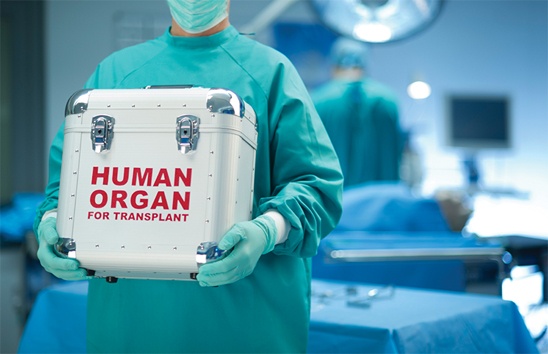 Recently, the Delhi High Court was approached by Saurav Suman, a 17 year- and-nine month-old Class XII student. He was aggrieved by an order passed by the appropriate authority of the Institute of Liver and Biliary Sciences (ILBS), whereby they refused to grant him permission to donate a part of his liver to his ailing father.

Legislation with regard to organ donation and transplantation is the Transplantation of Human Organs and Tissues Act, 1994, along with the Transplantation of Human Organs and Tissues Rules, 2014. According to Section 2(f) of the Act, a donor is “any person, not less than eighteen years of age, who voluntarily authorizes the removal of any of his human organs for therapeutic purposes under subsection (1) or sub-section (2) of Section 3”. But according to Rule 5 (3) (g) of these rules, there is no statutory bar on donation of organs by a minor. It says: “Living organ or tissue donation by minors shall not be permitted except on exceptional medical grounds to be recorded in detail with full justification and with prior approval of the Appropriate Authority and the State Government concerned.”

There have been other similar cases. In 2019, the Delhi High Court was app­roached by a Bangladeshi man in urgent need of a liver transplant. He sought permission for his 17 year-and-six-month-old son to donate a part of his liver. A single-judge bench of Justice Vibhu Bakhru held that “a minor can donate organs in exceptional medical circumstances. The only question that requires to be addressed is with regard to the risk to the minor and whether the circumstances are sufficient to make an exception within the provisions of Rule 5(3) (g) of the Rules”. The Court directed the director of the All India Institute of Medical Sciences to form a medical board to evaluate the risks associated with such a donation. The findings of the board suggested a long-term adverse effect on the minor donor and hence the petition was withdrawn.

In 2020, the Delhi High Court entertained a plea of a 17-year-and 10-month-old girl seeking to donate a part of her liver to her father who was suffering from liver failure. A single-judge bench of Justice Sanjeev Sachdeva directed the director of Max Super Speciality Hospital, Saket, to constitute a committee to evaluate the risk associated with the said donation. The committee was of the view that there could be a potential negative impact on the physical and psychological health of the minor in the short term as well as the long term in donating part of the liver to her father. The petitioner did not press the petition further and hence it was disposed of after putting the petitioner’s father on the “Super Urgent Case” list.

Before Suman, his mother and brother had applied for donation, but it could not come to fruition due to medical incompatibilities. Other members of his extended family were unwilling to donate a part of their liver. As a last resort, Suman applied for the donation and was certified as compatible. Subsequently, he made an application to the appropriate authority of ILBS seeking permission to donate a part of his liver to his father, but it was denied as he was a minor, even though he was just three months away from the age of majority.

As of September 8, 2021, the Model for End-Stage Liver Disease Score was 28 for his father, which is the last stage of liver disease and without an urgent transplant, there was no hope for him.

Advocate Prasoon Kumar, appearing on behalf of Suman, submitted that Transplantation of Human Organs and Tissues Rules, 2014, does not put a complete embargo on donation of organs by a minor and the appropriate authority of ILBS had failed to apply its mind as Suman was due to attain majority within three months.

On September 27, 2021, a single-judge bench of Justice Rekha Palli set aside the order of August 28, 2021, pa­ssed by the appropriate authority, ILBS. The Court further directed the Secretary, Health & Family Welfare, to consider the application within two days, keeping in view the grave medical emergency faced by the petitioner’s father and the fact that the petitioner was about to be 18 years within three months.

Dr Sonal Asthana, Clinical Lead, Hepato-Pancreatico-Biliary and Multiorgan transplant Surgery at Aster CMI Hospital, told India Legal: “In this case, the potential donor is a minor. Donors undergo extensive physical and mental evaluation. Liver donation surgery is largely safe, but carries the possibility of a small but significant operative risk, including the risk to life, which is estimated at 0.3%.”

Liver transplantation, by itself, if performed in a timely and appropriate manner, has a success rate of over 90%, he said. After donation, the remnant liver usually regenerates within 5-6 weeks. Risks related to surgery may include bleeding, infection, rejection, blockages of the vessels and/or bile ducts, he added. These may result in longer ICU stay. However, liver transplant patients generally enjoy good long-term outcomes, with 10-15 year survival periods.

Coming to donation by a minor, there are fixed guidelines outlining the exact age of consent for medical or surgical treatment. “In India, ‘majority’ is achieved at 18 years and considered the legal age for giving consent for treatment, as per the Indian Majority Act, Guardian and Wards Act, and Indian Contract Act. A child below 12 years cannot give consent, and parents/guardians can consent for their medical/surgical procedures. A child between 12-18 years can give consent only for medical examination, but not for any procedure. A legal age of 18 years has been set to consent for termination of pregnancy, donation of blood and donation of organs.”

However, organ donation is unlike any other medical procedure as the potential donor voluntarily consents for a procedure that carries risks, but has no physical benefit apart from the emotional satisfaction of saving a loved one’s life. This decision effectively lowers the age for informed consent for procedures.

So, is the court right when it pulls up the doctors for not allowing a minor to donate in order to save his father’s life? Asthana said: “A decision on accepting a donor is eventually made by the competent authority or authorization committee, not the transplant team. Such decisions are made following existing norms. The age of consent for any surgical procedure is fixed at 18 years. Reduction in this age will have implications not related to transplant alone.”