When Justice is Kept Pending

The Supreme Court has sought plans from six High Courts with the highest backlog of cases on how they propose to dispose them quickly. The oldest appeal is pending before the Allahabad HC and is 42 years old. 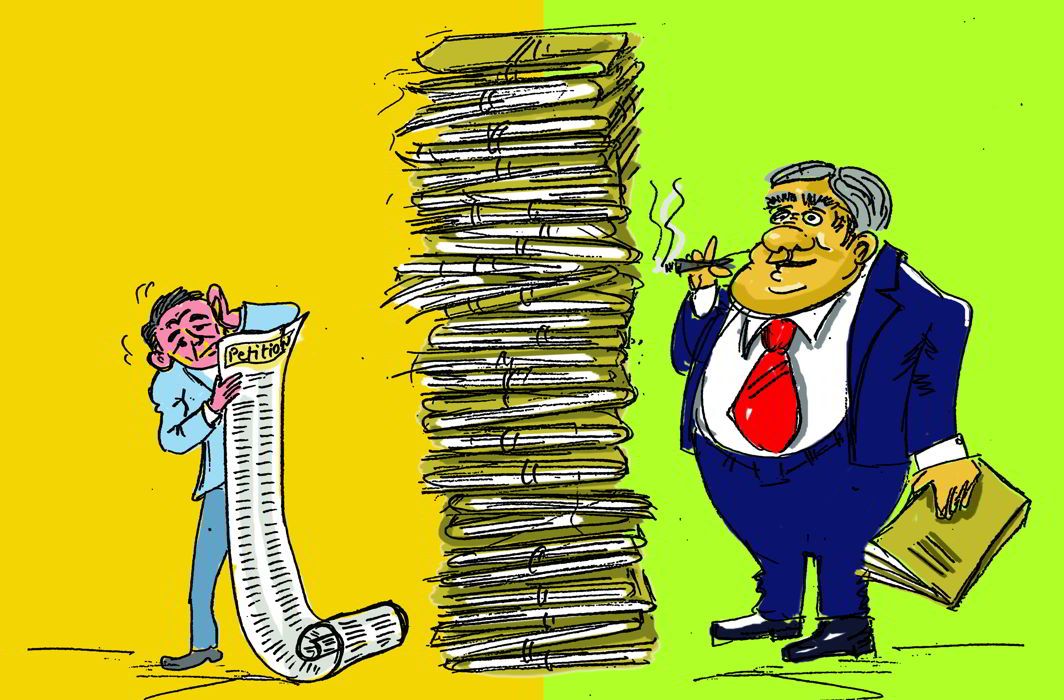 Justice delayed is justice denied. However, with over 4.5 crore cases pending across courts in the country, justice is not just delayed, but is often kept pending indefinitely.

According to the National Judicial Data Grid, an online platform created under the eCourts Project for maintaining a database of orders, judgments and case details of district and subordinate courts and High Courts, there are over 1.6 million criminal cases pending across High Courts in the country.

Recently, the apex court expressed resentment over the huge backlog of criminal appeals in some High Courts for over four decades, and sought an action plan to tackle pendency. A bench comprising Justices L Nageswara Rao and BR Gavai was dealing with the bail application of Khursheed Ahmad, who had been sentenced to life imprisonment by a trial court in relation to a murder case.

The appeal challenging the said order was pending before the Allahabad High Court for a considerable period of time and as there appeared no likelihood of it being heard in the near future, Ahmad approached the apex court seeking release on bail. By this time, he had already undergone three years’ imprisonment.

During the hearing, the top court was told that the Madhya Pradesh High Court was seized of criminal appeals which were as old as two to three decades, while the oldest appeal pending before the Allahabad High Court dates back to 1980.

Justice Rao, in an order passed in June 2020 in the matter, had called the chronic pendency of cases before High Courts as a challenge to the judicial system and noted: “If such appeals are not taken up for hearing within a reasonable time, the right of appeal itself would be illusory, inasmuch as incarcerated convicts (who are denied bail) would have undergone a major part—if not whole of the period of their sentence.”

Considering that the right to speedy trial under Article 21 of the Constitution also includes the right to speedy disposal of appeals for those who are convicted, the Court directed the High Courts in Uttar Pradesh, Rajasthan, Madhya Pradesh, Patna, Bombay and Orissa to submit a plan of action for deciding the criminal appeals that have been pending before them for a long period.

The top court highlighted a few issues which it sought the High Courts to stress in their affidavit. These are:

(a) Total number of convicts awaiting hearing of their appeals pending before them.

(b) Segregation of single judge and Division Bench matters.

(c) The number of cases where—in such old pending cases, bail has been granted.

(d) Steps proposed to expedite hearing of appeals, including steps to prioritise hearing of cases of convicts in jail.

(e) Steps proposed to trace and ensure hearing of cases of those who were granted bail, and the timeline for starting hearings.

(f) Appropriate use of information technology, such as digitisation of appeal records/paper books.

(g) Feasibility of creation of a dedicated pool of amicus curiae who would assist the court in such old matters.

(h) Feasibility to creation of dedicated special benches for hearing and disposal of old cases or alternatively assigning a certain number of appeals to a large number of judges to be decided by them, regardless of which rosters they are assigned.

The Court also sought suggestions from the centre on the issue in question. In addition, it asked Solicitor General of India Tushar Mehta and Additional Solicitor General KM Nataraj to assist the Court in evolving solutions for reducing the backlog of cases.

In October last year, a similar issue had come up before a bench headed by Justice Sanjay Kishan Kaul in a bail matter arising from an order of the Allahabad High Court. The Court laid down certain broad parameters or guidelines to aid the High Courts in deciding bail applications of persons in criminal cases which have been pending for a long period.

Some of these guidelines include:

1. Preparing a list of the cases where the accused had served out 14 years of sentence, is not a repeat offender and for one reason or the other, the appeal has not been heard (even if it be fault of the lawyer). In all these cases, there is a high possibility that if these people are released, they may not be even interested in prosecuting their appeals.

2. The second category of cases can be one where the person has served out more than 10 years of sentence. In these cases also, bail can be granted at one go unless there are extenuating circumstances against him.

It is unfortunate that thousands of convicts have been languishing in jails across the country waiting for adjudication of their appeals by concerned High Courts. The key reason that could be attributed to the huge pendency of cases before courts is the low strength of judges across the three tiers of the judiciary.

In Lok Prahari through its General Secretary S.N. Shukla IAS (Retd.) vs. Union of India & Ors. (2021), the bench headed by Chief Justice of India SA Bobde had laid down guidelines to recall retired High Court judges under Article 224A of the Constitution to “sit and act” as a judge of the High Court for tackling the docket explosion of litigation in such courts.

This view was supported by the 124th Law Commission Report of 1988 wherein it was recognised that retired judges have several decades of adjudicatory experience and that their talents could be utilised to dispose of mounting arrears.

Chief Justice of India (CJI) NV Ramana has time and again expressed concern over the massive pendency clogging the Indian judicial system and said that the perception regarding pendency as being reflective of the inability of the Indian judiciary to cope with the caseload is an “overstatement” and an “uncharitable analysis”.

While addressing the Joint Conference of Chief Ministers and Chief Justices recently, the CJI called out non-performance by various wings of the executive and legislature not realising its full potential to be two major reasons for the docket explosion in the country. While stating that the three organs of the State must function in harmony, he urged the government to fulfil its responsibilities to avoid excessive burden on the judicial system.