Pressure on the Press

The Press Information Bureau’s new guidelines on accreditation has stirred a hornet’s nest. Media organisations have been quick to brand them as another measure to restrict press freedom. 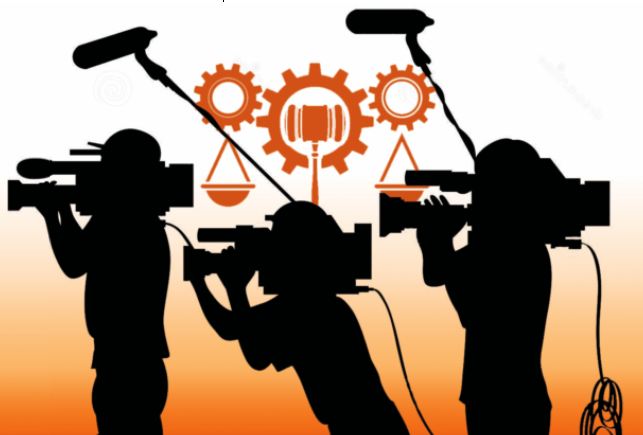 The Press Information Bureau is the government arm that deals with accreditation for journalists, a badge that allows greater access to ministries and the Parliament than those without the accreditation card. Now, a set of new guidelines has shades of authoritarianism.

According to the Central Media Accreditation Guidelines 2022, announced on February 7, journalists acting in a manner prejudicial to the country’s “security, sovereignty and integrity”, as well as “public order, decency or morality” will lose their government accreditation. Under the new rules, accreditation can also be withdrawn if a journalist is charged with a “serious cognisable offence”. Additionally, journalists are barred from mentioning that they are “accredited to the government of India” on social media or public profiles.

Various journalists’ organizations, associations and unions under the aegis of the Press Club of India (PCI) are opposing the “unilateral and unfair” guidelines issued by the Union ministry of information and broadcasting. Reacting to the new guidelines, PCI in a statement “strongly opposed the unilateral and unfair decision in drastically altering the guidelines and forming a lopsided Central Media Accreditation Committee (CMAC)”. “Both the guidelines and the CMAC violate the existing guidelines framed by the apex media body Press Council of India,” it said.

The rules list 10 conditions under which accreditation can be lost. This includes submission of fraudulent documents and the use of accreditation for non-journalistic activities. Additionally, journalists working with digital media organisations will be eligible for accreditation as long as the organisations have shared their details with the Union ministry of information and broadcasting, under Rule 18 of the Information Technology (Intermediary Guidelines and Digital Media Ethics Code) Rules 2021. However, news aggregators will not be considered.

Journalists working with digital news organisations must have five years of experience to apply for the accreditation. Websites seeking accreditation of a journalist must be at least a year old and have between one and five million unique views over the preceding six months. Websites with over 10 million views will be eligible for four accreditations. The website will have to submit an average monthly unique visitor count of the last six months which would have to be certified by an approved auditor.

Meanwhile various journalists’ bodies wrote to Information and Broadcasting Minister Anurag Thakur raising objections to the new guidelines issued recently for the accreditation of mediapersons by the Press Information Bureau. In their letter, the journalists’ bodies said the new accreditation guidelines were discussed at a meeting organised under the aegis of the Press Club of India and it was noted that the I&B Ministry has taken “unilateral and unfair” decision to “drastically” alter the accreditation guidelines in violation of the existing guidelines of the Press Council of India (PCI). Among those who signed the letter included presidents of PCI, Indian Women’s Press Corps, Press Association, Delhi Union of Journalists and Working News Cameramen’s Association.

“The meeting, after a detailed discussion, strongly opposed the unilateral and unfair decision of the Ministry of Information and Broadcasting in drastically altering the guidelines and forming a lopsided Central Media Accreditation Committee (CMAC),” the letter stated. “Both the guidelines and the CMAC violate the existing guidelines framed by the apex media body Press Council of India,” it added.

“India’s Constitution allows similar restrictions on free speech but their generic mention in accreditation rules gives the government incredibly discretionary powers to restrict media freedom. It gives a greater degree of flexibility to the government and reduces the specificity of the censorship powers,”

-said Ambuj Dixit, a lawyer of the Supreme Court of India. In the past decade, India has seen a decline on the World Press Freedom Rankings compiled by Paris-based Reporters Without Borders, amid increased internet shutdowns and the jailing of dissidents and journalists. In 2021, India ranked 142nd out of 180 countries, slipping down consistently from 133rd position in 2016.

Also Read: A Game of Chance

This is not the first time that the central government is trying to bring censorship on the free media under the garb of controlling fake news. In April 2018, the union government had announced that it wanted to replicate the rules and regulations meant for the broadcast media to online media. The government constituted a committee to frame these rules, and it had no representative from the online media world. Instead, it was staffed by secretaries of the ministries of home affairs, information and broadcasting, electronics and information technology, department of legal affairs, and the Department for Promotion of Industry and Internal Trade. After a furore and letters by senior members of the press, the Prime Minister’s Office forced the order to be reversed. Now, the clock has been turned back.