The Nitish Kumar government intends to scale down the stringent penal provisions and introduce financial penalties as part of its plan to amend the existing law. The changes follow the recent spate of hooch tragedies and adverse comments by the Supreme Court over mounting cases related to the law. 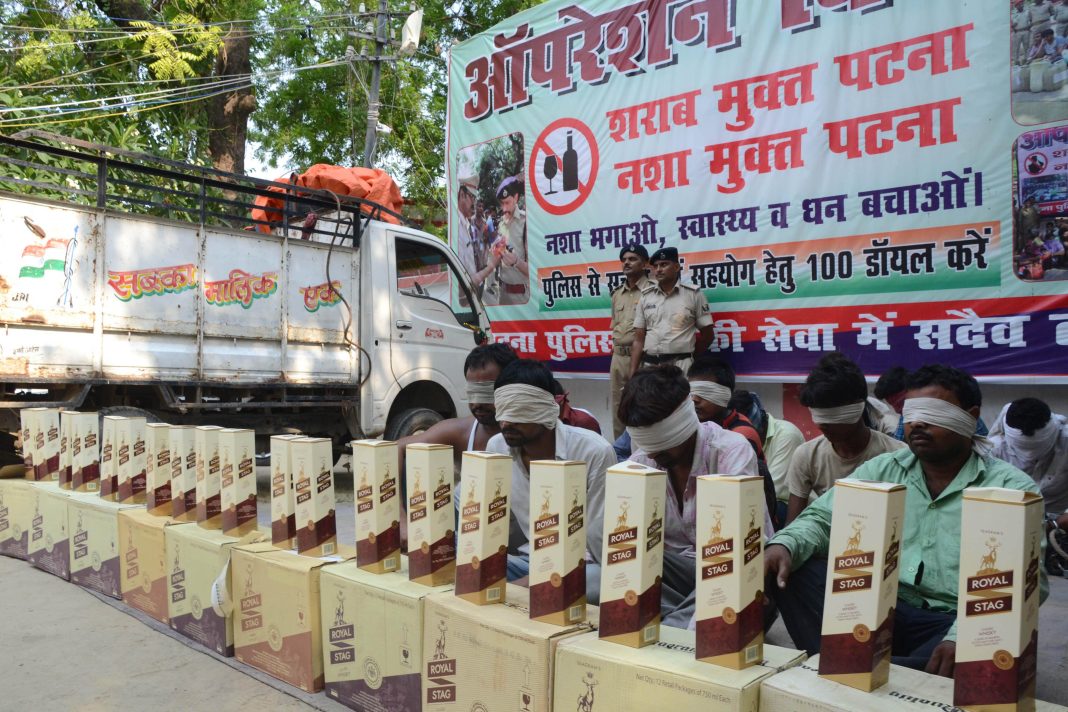 First-time “drinkers” could get away with a penalty rather than face arrest; cases can be withdrawn; a vehicle in which liquor is found may no longer be confiscated and, if it is, can be released after a fine; a section dealing with “immediate” arrest may well be deleted; bootleggers should face the brunt of the law.

These are part of a set of significant reforms envisaged in the Bihar Prohibition and Excise Act, 2016, according to a proposed draft of these changes. The proposed amendments come after criticism of the state government for the way it has implemented the law. Chief Justice of India NV Ramana recently flagged it as an example of “lack of foresight”. He said it had resulted in the High Court “being clogged with bail applications…”

The Bihar government is likely to amend the existing liquor law to make prohibition less stringent in the wake of recent hooch incidents in Bihar where dozens of people lost their lives. The Nitish Kumar government intends to scale down the penal provisions and introduce financial penalties. A Supreme Court bench, while staying a High Court order, had said that “Ban on liquor and fundamental rights do not go together”.

The Bihar government’s amended law proposes that any person caught consuming liquor may not be directly sent to jail. Police and excise officials will have the option of releasing the person on the spot after taking a decision. A vehicle in which liquor is found may no longer be confiscated and, if it is, can be released after a fine.

Under Section 37, punishment for drinking is a jail term from five years to ten years, and even life. Sources say that in the proposed amendment, consumption of liquor or intoxicant at any place, even within home, will entail a penalty. Failure to pay such a penalty will invite simple imprisonment for one month. All investigations in such offences will be conducted by an excise officer or a police officer not below the rank of assistant sub-inspector. All offences shall be disposed of through summary trial by an executive magistrate, not below the rank of deputy collector, the draft bill says.

The person caught consuming liquor will be sent to jail only if it is found by the police and excise officials that he is a repeat offender. According to sources, there is also a proposal to increase the number of courts in Bihar’s districts to deal with the pending cases related to prohibition. A compromise between two parties can be made within or outside the courts.

Deletion of Section 55, which made all offences under the Act non-compoundable, means that cases can now be withdrawn. A new sub-Section 50A has been planned that defines bootlegging as an “organised crime” to focus on criminal networks rather than minor, individual violations. In 2018, an amendment was brought in the prohibition law according to which a new proposal was incorporated to release a person directly from the police station after imposing a penalty of Rs 50,000 if caught consuming liquor.

Nitish Kumar banned the sale of liquor in the state and criminalised its consumption in 2016. The Bihar Prohibition and Excise Act, 2016, declared Bihar a dry state in April that year. The government has been facing criticism over the frequent hooch tragedies and mounting legal cases and huge pendency related to the prohibition law.

On September 30, 2016, the Patna High Court ruled that the ban is “illegal, impractical and unconstitutional”. On October 3, 2016, the Bihar government approached the Supreme Court challenging the High Court order. The Supreme Court bench, headed by then Chief Justice of India TS Thakur, agreed to give an urgent hearing on the matter, and on October 7, 2016, much to the relief of the government, the bench stayed the High Court order. “Ban on liquor and fundamental rights do not go together,” the bench said.

The law prohibits manufacturing, bottling, distribution, possession, purchase, sale or consumption of any type of liquor, intoxicating substances, including bhang and medicines with alcoholic substance.

In 2021, more than 40 people had died after consuming spurious liquor in Gopalganj, West Champaran, Samastipur and Vaishali districts of the state. Police records say over 3.5 lakh cases have been lodged and over four lakh arrests made under the stringent prohibition laws till December 2021.

Over the past five years, the Bihar government has put in measures like integrated check posts to stop the movement of liquor within the state. According to the National Family Health Survey (NFHS) 2015-16, 29% of Bihar’s population used to consume alcohol. This number has declined to 15.5% , according to the NFHS 2019-20. Data from National Crime Records Bureau show that cases of domestic violence have fallen to 2,397 in 2019 from 3,792 in 2015. The state government claimed it happened due to the prohibition law.

On January 11, the Supreme Court dismissed a batch of appeals challenging the grant of anticipatory and regular bails to the accused under the state’s stringent liquor law, saying these matters have choked courts and 14-15 Patna High Court judges were hearing these cases only. The Court  rejected the contention of the Bihar government that guidelines be framed to ensure reasoned bail orders are passed taking into account the quantity of liquor seized from an accused.

As per Bihar police records, until October last year 3,48,170 cases were lodged and 4,01,855 arrests made under the Bihar Prohibition and Excise law and about 20,000 bail pleas in such cases were pending disposal either in the High Court or in district courts.

On December 26 last year, Chief Justice of India NV Ramana cited the prohibition law in Bihar as an example of “lack of foresight” in drafting legislations that eventually ended up adding a flood of preventable suits in the already overwhelmed courts.

In 2019, alarmed by the growing pendency, the Patna High Court had asked the state government to present a plan on how it plans to dispose of these cases related to excise. Last year, for greater clarity with regard to implementation of the stringent prohibition law and to reduce the growing number of litigations, the state cabinet had given its nod to the Bihar Prohibition and Excise Rules, 2021.

When India gained independence in 1947, prohibition was included in the Directive Principles of the Constitution and the governments of several states introduced it. Since then, the number of states where alcohol is prohibited has reduced. It is currently in force in Bihar, Gujarat, Mizoram and Nagaland. All other Indian states and union territories permit the sale of alcohol.

Gujarat had banned alcohol consumption since 1960 as a homage to Mohandas Karamchand Gandhi. The state has witnessed several occasions of alcohol poisoning, which has claimed the lives of more than 400 people after the ban was enforced.

To counter the liquor mafia, the state government in 1996 formed the State Prohibition Department, which was dismantled in 2006 because of a shortage of police personnel. During the tenure of the department, there were no incidents of alcohol poisoning in Gujarat.

The Mizoram Liquor Total Prohibition Act, 1995, banned the sale and consumption of alcohol, effective from February 20, 1997. In 2007, the Act was amended to allow wine to be made from guavas and grapes, but with restrictions on the alcohol content and the volume possessed.

The Nagaland Liquor Total Prohibition Act, 1989, banned the sale and consumption of alcohol in 1989. Enforcement of the ban is lax and Indian Made Foreign Liquor is readily available in the state.

—The author is Advocate, Supreme Court