In a surprising and welcome U-turn, Ramdev, who was facing a backlash for attacking allopathic doctors, claimed that good doctors are a boon and they are the messengers of god on earth. 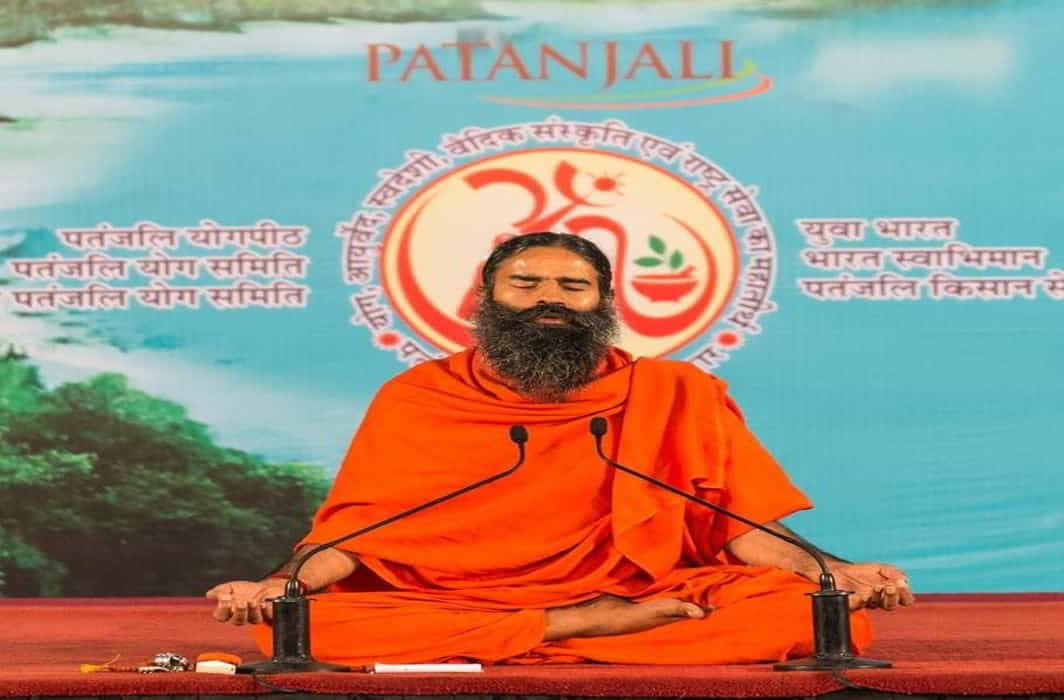 Yoga guru Ramdev, who has been the target of allopathic doctors for questioning the efficacy of this system of medicine, recently did a complete U-turn and said that he would get the corona vaccine soon and described doctors as “god’s envoys on earth”.

Ramdev welcomed Prime Minister Narendra Modi’s announcement of free vaccination for all from June 21, calling it “historic” and appealed to all to get vaccinated. “Get both the vaccine doses and practice yoga and ayurveda. These two combined will give such a strong protection cover that not a single person will die due to Covid-19 in India,” he exhorted.

On his ongoing tussle with the Indian Medical Association (IMA), Ramdev said he cannot have any enmity with any organisation. He said that he was only against exploitation of the public in the name of drugs. He alleged that due to the tendency of many doctors to prescribe expensive branded medicines in place of cheap generic medicines, Pradhan Mantri Jan Aushadhi Kendras had to be opened. Good doctors are a boon and they are the messengers of god on earth, he added. Ramdev said that when it comes to emergency treatment and surgery, allopathy was the best and there can be no two opinions about it.

He has increasingly lost credibility with his contradictory statements. Earlier, he had said that he does not need to take the vaccine against corona as he has the protection of yoga and ayurveda. In late May 2021, he claimed that modern medical science was a stupid science and lakhs of patients had died due to it. As a result, the IMA claimed that he was repeatedly taking advantage of the situation and creating fear and frustration among the public to sell his drugs. It demanded that Union Health Minister Harsh Vardhan, who himself is an allopathic doctor, either accept the challenge and accusation and dissolve the modern medical facility or boldly face and prosecute him under the Epidemic Diseases Act, 1897, to save millions of people from such unscientific utterances.

IMA claimed that Ramdev had challenged the wisdom and integrity of the Drug Controller General of India by saying that people had passed away after taking approved anti-Covid-19 drugs such as Remdesivir, Fabiflu and others. The press release claimed that Ramdev’s quote on Favipiravir as a medicine against fever or antipyretic was “laughable” and displayed his ín-depth scientific knowledge.

Meanwhile, the Delhi Medical Association wrote to the Daryaganj police station asking the police to file an FIR against Ramdev for defaming allopathy.

However, on May 22, Patanjali Yogpeeth Trust clarified that Ramdev had the utmost respect for medical science and said that the IMA’s allegation that the yoga guru had defamed allopathy and scientific medicine was untrue. In a statement, it said that Ramdev was reading “a forwarded WhatsApp message received by him”.

However, Union Health Minister Harsh Vardhan wrote a letter to Ramdev asking him to retract his objectionable statements against allopathy. He said that India’s healthcare workers were fighting Covid-19 day in and day out and his statements had hurt the country’s sentiments by disrespecting the corona warriors. Following this, Ramdev withdrew his comments and issued an apology on Twitter.

On May 24, Ramdev asked the IMA if allopathy offered permanent relief for ailments such as hypertension and diabetes. In an “open letter” posted on his Twitter handle, Ramdev posed 25 questions to the IMA. He asked if allopathy and the pharma industry had treatments for diseases like hypertension, diabetes, thyroid, arthritis, colitis, asthma and chicken pox, among others. He courted sharp criticism from the medical community when he claimed that “doctors should not fall ill at all if allopathy is all powerful and ‘sarvagunsampanna’ (having all good qualities)”.

Acharya Balkrishna, the co-founder of Patanjali Ayurved, also came to Ramdev’s defence. On May 24, in a series of tweets, Balkrishna accused Dr. Johnrose Jayalal, president of the IMA, of being involved in the conversion of people to Christianity. To support his claims, Balkrishna tweeted some news clippings too. The post attracted criticism from several people, including doctors.

On May 25, the Uttarakhand division of the IMA, sent a Rs 1,000-crore defamation notice to Ramdev for his recent statements on allopathy doctors and medicine. In the notice, the IMA said that if the yoga guru did not post a video countering the statements given by him and tendered a written apology within 15 days, then a sum of Rs 1,000 crore would be demanded from him. In a new video, he was seen reacting to the demand of his arrest saying “even their father cannot arrest him”.

On May 27, 2021, the IMA filed a police complaint against Ramdev over his dishonest and wrongful representations on allopathy. In the complaint, it said Ramdev has “wilfully and deliberately spread false, baseless and malicious information” about the treatment of Covid-19 patients by established and approved methods and drugs.

The IMA had earlier written to Modi demanding that Ramdev be booked immediately under sedition charges for the alleged misinformation campaign on vaccination and challenging government protocols for the treatment of Covid-19.

During a yoga camp at Yog Gram in Haridwar, Ramdev said that his target would be to convert 1,000 doctors to ayurveda within a year. He also said that several allopathy practitioners with MBBS and MD degrees were facing the side-effects of allopathy and were now turning to yoga and ayurveda and were attending his camp. “Not aiming at religious conversion of the doctors like the IMA head is doing but looking at a transformation of their beliefs,” Ramdev said.

He questioned the efficacy of Covid-19 vaccines and claimed that fatalities caused by the pandemic showed that allopathy was not 100 percent effective. He stated that he opted out of vaccination as he had been practicing yoga and ayurveda for decades and thus didn’t feel the need to be vaccinated. He said that ayurveda would be globally accepted in time.

On June 3, the Delhi High Court refused to pass any interim injunctions on Ramdev for his comments, stating that everyone is entitled to voice an opinion and his comments fall under the right to freedom of speech and expression.

On June 9, the IMA wrote to the Indian Council of Medical Research against Ramdev alleging that he made “unprovoked demeaning and prejudicing utterances against modern medicine”. In early May 2021, Ramdev blamed Covid-19 victims for not breathing properly and instead were spreading negativity and complaining of oxygen shortage.

In June 2020, he claimed that one can treat coronavirus by pouring mustard oil through the nose, making the virus flow into the stomach, resulting in its ultimate death by the acid present there. He also claimed that if a person holds his breath for a minute, it means he is not suffering from any type of coronavirus, symptomatic or asymptomatic. Both these claims were found to be false.