Right to Freedom of Religion: A lesson from Zimbabwe

A court in Zimbabwe recalled the landmark judgment in the Kesavananda Bharati case and held that compelling schoolchildren to salute the national flag was violative of their right to freedom of religion. 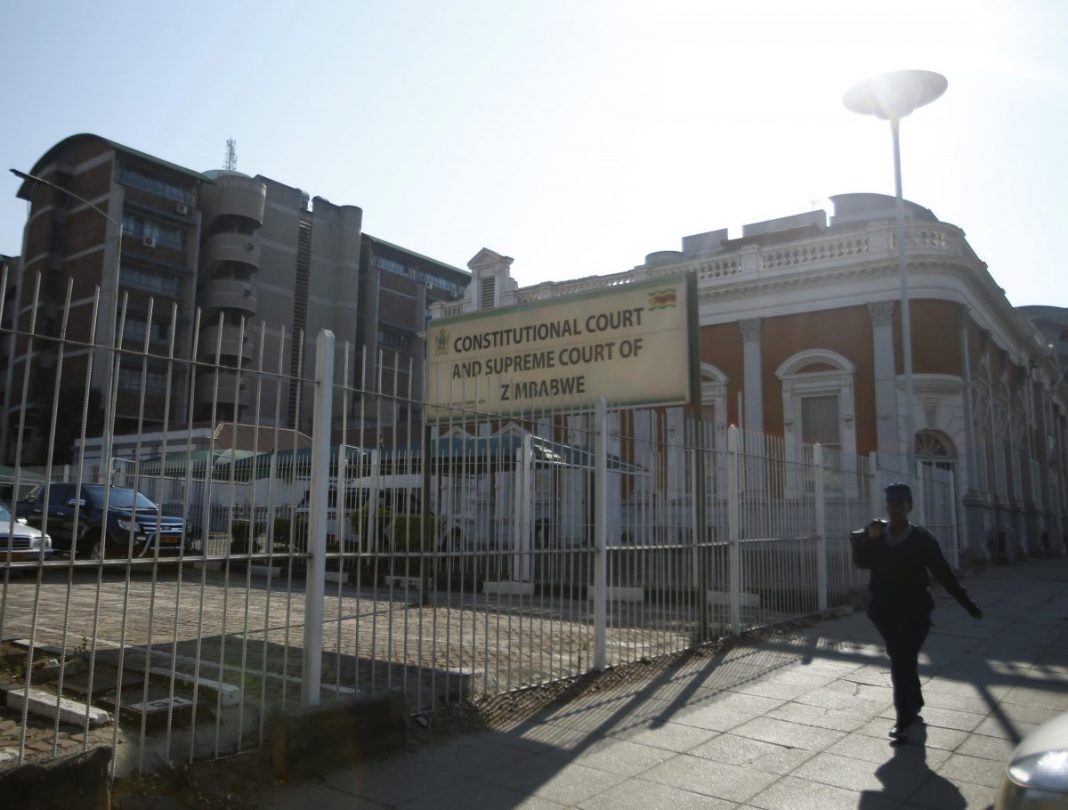 The constitutional court of Zimbabwe has held that the policy and actions of the education authorities in the country in compelling all schoolchildren, regardless of religious affiliation, to salute the national flag is violative of their right to freedom of religion, especially of those who belong to faiths that do not believe in the existence of God. According to the bench, mandating the children to salute the flag and say the words “Almighty God, in whose hands our future lies” as part of the recitation of schools’ national pledge of allegiance also infringed on their parents rights. The Court, however, clarified that saluting the national flag and saying the religious words in the pledge are not per se unconstitutional, but seem so due to it seeming like a compulsion.

The case raised questions of the constitutionality of the policy and the actions of the education authorities. The first question before the court was whether the policy and the actions of compelling the children, who held a religious belief that saluting a flag is “worshipping a graven image” and contrary to the fundamental doctrine of their faith, infringed on their right to freedom of religion.

The case was filed by a devout Christian in 2015, who alleged that the versions of the pledge violated his children’s fundamental right to freedom of religion. He and his children held a belief that it was a compelling precept of their faith that a secular object must not be saluted. He also alleged that the compulsion on his children to salute the national flag violated his parental right to determine, in accordance with his religious belief, their moral and religious upbringing.

He said that he and his children held the belief that worship must be reserved for God only and the national flag, as a secular object or symbol, is a graven image and saluting it would mean worshipping the flag. Being compelled to salute the flag is to coerce his children to perform an act contrary to their religious belief, he said. His argument was that on account of his religious belief, his conscience remained tormented and gave him no rest or peace when his children took part, under compulsion, in the recitation of the pledge and saluted the national flag. Even though he did not reject the national flag and respected it, he believed that its use as a symbol for the legitimate secular purpose did not have to take the form of a coerced salutation, which is akin to worshipping it.

The applicant alleged that the religious words “Almighty God, in whose hands our future lies” embody a religious belief in the existence of God, who is a supernatural being with supreme power, capable of controlling and directing human life and entitled to reverence and obedience. This, he said, was characteristic of monotheistic religions.

However, the respondents characterised the pledge as a “creed” which testified to the religious, cultural and historical beliefs of the people of Zimbabwe. They contended that it was necessary for nation building and inculcated feelings of patriotism. They further said that there was no endorsement of monotheism by the State. They said that the words “Almighty God, in whose hands our future lies” were of a ceremonial and patriotic nature and were not an attempt to officially promote a particular religious belief. Regarding the salutations pertaining to the national flag, the first respondent averred that the flag “is an important symbol of national unity and referring to it in the pledge is part of initiatives designed to promote knowledge of the institutions and symbols of the country”.

The Court cited a judgment of the Supreme Court of Canada in R vs Big M. Drug Mart Ltd (1985), where it was observed that the essence of the concept of freedom of religion is the right to entertain such religious beliefs as a person chooses, the right to declare religious beliefs openly and without fear and the right to manifest belief by worship and practice or by teaching and dissemination.

Another important case cited by the Zimbabwe Court was the Indian Supreme Court’s landmark judgment in the Kesavananda Bharati case. That order had said: “We shall first deal with the Preamble in our Constitution. The Constitution makers gave to the preamble the pride of place. It embodied in a solemn form all the ideals and aspirations for which the country had struggled during the British regime and a Constitution was sought to be enacted in accordance with the genius of the Indian people. It certainly represented an amalgam of schemes and ideas adopted from the Constitutions of other countries. But the constant strain which runs throughout each and every article of the Constitution is reflected in the Preamble which could and can be made sacrosanct. It is not without significance that the Preamble was passed only after draft articles of the Constitution had been adopted with such modifications as were approved by the Constituent Assembly. The preamble was, therefore, meant to embody in a very few and well defined words the key to the understanding of the Constitution.”

Another important judgment of the Supreme Court of India cited in this case was the ruling in Bijoe Emmanuel and Ors vs State of Kerala and Ors (1986), where it was observed that the question is not whether a particular religious belief or practice appeals to our reason or sentiment, but whether it is genuinely and conscientiously held as part of the profession or practice of religion; personal views and reactions are irrelevant.

In Bijoe Emmanuel, the Court made note of the observations in Jarnshedji vs Soonabai, where it was said that if a community has a belief, a secular judge is bound to accept it; it is not for him to sit in judgment on that belief and he has no right to interfere with the conscience of a donor who makes a gift in favour of what he believes to be the advancement of his religion and the welfare of his community or mankind.

The Bijoe Emmanuel case dealt with three children belonging to the Jehovah’s Witnesses sect who stood up in respect, but refused to sing the anthem in the school assembly to drive home the point that standing up is indeed a sign of proper respect to the anthem.