The Right to Information Act 2005 has been a persistent thorn in the side of many governments over the 16 years it has been around, but the Act seems to be facing its first serious challenge in Telangana. 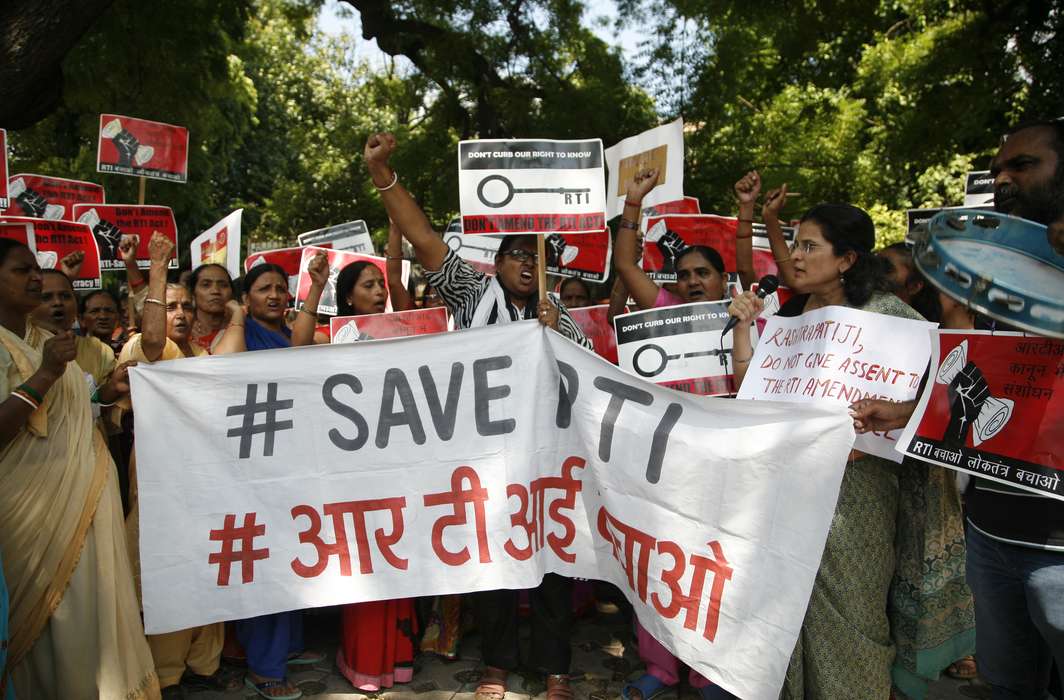 A circular of the Telangana chief secretary, dated October 13, 2021, mandated every special chief secretary, principal secretary and secretaries to alert the public information officers (PIOs), the first line of RTI officialdom, under them to not furnish information sought by applicants without their orders.

“This is the first time in the country that a state government has passed a written order to secretaries to tell PIOs not to give information without asking senior officers, and that too with orders in writing,” said former Central Information Commissioner (CIC) Professor M Sridhar Acharyulu, who wrote to the Telangana chief secretary with former CIC Shailesh Gandhi.

In the letter to the Chief Secretary of Telangana, Somesh Kumar, dated October 22, the two former CICs asked what was the basis for such a circular since the government hadn’t given the reasons for imposing such a blatant restriction when the RTI Act’s Section 4 (1)(c) clearly states: “publish all relevant facts while formulating important policies or announcing the decisions which affect public.” Further, the former CICs’ letter asks why PIOs are being blamed for the new policy as the circular squarely slams PIOs in certain administrative units or offices for giving information without proper verification of records to the applicants. The former CICs say that the RTI Act clearly says that the PIOs need to be trained by the government and need to be brought to speed.

For the RTI mechanism to work at its bare minimum efficiency, the government can designate responsible officers as PIOs, instead of handing over the work to clerks, superintendents or juniors or inexperienced employees. PIOs can be trained to go about their duties as mandated by the RTI Act which lists the duties of the government to train PIOs under Section 26 of the Act. Further, the government has the duty to educate people, encourage public authorities to undertake RTI awareness programmes, train PIOs and produce training modules, providing for the voluntary disclosure of categories of records in accordance with Section 4.

The letter to the chief secretary also mentions that it is the government’s responsibility to ensure records are kept properly for PIOs to verify them without goof-ups. The larger issue posed by the circular is that it has caused serious concern and fears among applicants and activists as to whether RTI applications will be replied to within the 30 days, given this new layer of checks.

“Generally, a subordinate officer is designated as PIO and history indicates mostly that the PIO acts only under the instructions of the officers. Another factor that was noticed in the past 16 years is that the First Appellate Authority (FAA), though a senior and mostly a gazetted officer, will not alter the order of PIO, as he simply endorses whatever the PIO writes. It is because the entire office or at least the officer designated as FAA might have instructed the PIO to refuse,” the letter said.

Former CIC Shailesh Gandhi told India Legal: “The PIO is responsible for giving information, if he gives wrong information, he should be punished, but very few commissioners do that.” On Telangana’s reason for the circular that PIOs look up wrong records, Gandhi said: “Either records are messed up or the PIOs are incompetent. In which case, appoint senior officers as PIOs.”

The circular is quite surprising, said Professor Acharyulu because sometimes officials don’t want to answer and they delay things but then why make such a blatant order against the RTI Act. “Some PIOs maybe doing things without checking properly, but what is the need to have such a state­wide order clamping down entirely on the idea of the RTI Act?” he wondered, mildly amused at the need for such a blatant order.

Their letter notes that if lawmakers, the MPs, had the same apprehension as the circular, the RTI Act wouldn’t have created the PIO and instead would have directly made senior secretaries directly responsible for RTI functions. The senior bureaucrats would have then received RTI applications instead of the PIO and would have been liable if they didn’t act as per the Act.

The letter asks that if, as per the circular, a PIO waits for approval in writing from higher officers, and if the information is not exempted, would senior officers, who denied release of information, be liable for the penalty of Rs 25,000 as per the Act? The question has been raised because again in violation of Section 4(1)(C), there is no clarity on if the PIO will still continue to foot the penal liability.

But the anti-PIO stance of the circular will end up debilitating the PIO from serving the function for which her/his role was thought up by Parliament. It is not that all states had such harsh views on PIOs. Gandhi said: “A few years ago, Maharashtra allowed PIOs to go ahead and release information without checking with higher officials.”

The deeper malaise is not difficult to spot. “Everybody in power is against RTI,” said Gandhi, adding: “There has been a steady slide but more than the centre’s amendments, individual commissioners and courts have let down the statute by gross misinterpretation of the statute and by taking too long.”

Gandhi and Acharyulu end their letter with seeking the immediate withdrawal of the circular in question and seek the making public of the file and the signature trail over this decision. Perhaps, the RTI Act itself threatens the discretion of public servants who don’t like their decisions to be under the slightest public scrutiny.

The British TV series Yes Minister had kept us amused at bureaucratic red tape wielded with panache by expert babus to deflect responsibility and accountability from political masters or even themselves. If not for the grim stifling of the RTI Act’s attempts at transparency, this would be funny. Which bureaucrat would put out a circular to say check and wait for orders in writing from higher-ups before passing on information sought in public interest? Red tape can mask a multitude of sins.