Putting trust back in Science 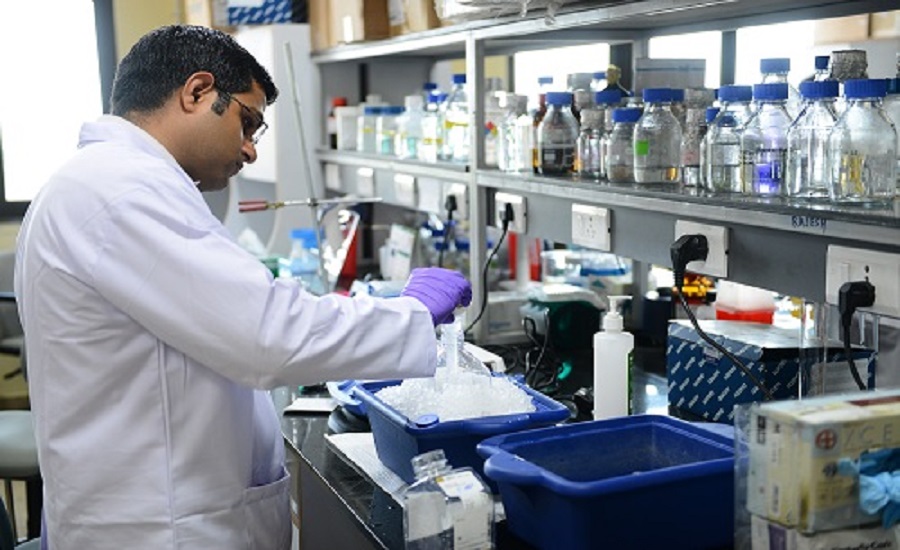 There are signs that the pandemic could have an unexpected positive side effect trust in science and those who are working to use it to improve our health, even save lives as the hope for a vaccine gathers pace.

Last week, we saw the unusual sight of Prime Minister Narendra Modi visiting three research institutes in India where vaccines to combat Covid-19 are in various stages of manufacture. Unusual because politicians, in general, have not reposed much trust in science, more so in India where faith and religious beliefs tend to undervalue scientific temper. These may be extraordinary times but remarkably, as a recent global survey shows, people in India have the most trust in scientists.

It may be a reaction to the devastation caused by the pandemic, but around the world, scientists are starting to be more trusted than business leaders and governments.

The Pew Research Center, an independent body which calls itself a Fact Tank, conducted a global survey across 20 countries. It found that more than half of those surveyed in India had considerable trust in science and scientists to do what was right. That is significantly more than in many Western economies, such as the United Kingdom, United States, Australia and Germany. Majorities in most of the 20 countries surveyed viewed medicine and science in a favourable light in view of the global pandemic.

Medical treatments were often seen more favourably than achievements in other areas. Six in every ten Indians say their scientific achievements are above average or the best in the world; slightly fewer say this about their technological achievements. When it comes to university STEM education (science, technology, engineering and mathematics), 56 percent say India is at least above average, and 55 percent say this about primary and secondary STEM education.

Similar research by 3M, a multinational producer of healthcare products, also registered a sharp increase in trust of science among citizens of 14 countries they surveyed. They compared two surveys, one before the pandemic, and one after, and found that trust in science has increased to a three-year high.

The 3M report on the state of science confirms that trust in science and scientific methodology has grown post-pandemic, which is a positive outcome. More significantly, between 70 and 80 percent also felt that the pandemic had made them attach higher value to science funding and the role of science in public health.

Yet another survey conducted by Gallup for Wellcome Global Monitor found that nearly three-quarters of people worldwide solidly trust scientists. The survey asked 1,40,000-plus people in more than 140 countries how they think and feel about health and science.

This survey claims to be the first to study on a global scale how attitudes vary by nationality, gender, income, and education.

What this shows is that the onset of Covid-19 has propelled discussions around science into the public domain in an unprecedented way. As a recent commentary in the highly respected medical journal Lancet, says: Science is a powerful and positive force in society; it shapes the present, and it guides our future. Politicians and policymakers rely on published research at critical moments of crises and emergency to guide their actions.

Another authoritative voice on science, Robin Marantx Henig, an author and established science writer, wrote a recent article in the National Geographic which says: “As scientists hustle to deliver us from a terrifying, seemingly intractable plague, there could be another happy ending one that involves not just survival but also wisdom. If we learn any big takeaway from this doleful experience, it is that the scientific process can be trusted to get us through an existential crisis.” She adds an important rider that science is collaboration with many heroes. “We’re seeing that now, as thousands of researchers have reoriented their labs to attack this hydra-headed problem collectively. There has never been anything like it even as some of their political leaders snipe at one another.”

Meanwhile in the UK, a survey commissioned by the Open Knowledge Foundation, an organisation campaigning for open data, found that nearly two-thirds of the respondents said the pandemic had made them more likely “to listen to expert advice from qualified scientists and researchers”. That is crucial as the search and development of new treatments and preventive strategies for Covid-19 enter the final stages.

When India gained independence, science and technology was given priority. In fact, it was Jawaharlal Nehru who first used the term “scientific temper” in India. He was instrumental in laying the foundation for building the infrastructure for science and technology in India universities, Indian Institutes of Technology (IIT), Council of Scientific & Industrial Research (CSIR) labs, etc. These became the “hardware” of science and technology in India, while scientific temper among the people was the “software”. Since then, barring the IT sector, ISRO and the Modi government’s digital push, science has generally taken a back seat to religious dogma and political expediency. India has only 140 researchers per 1,000,000 population compared to 4,651 in the United States. China invests about four times more than India in science and technology. India, on average, has very few scientists relative to its population.

Which is why, it is encouraging to note that, according to the Pew Research survey, three quarters of the people surveyed in India said that government investments in scientific research aimed at advancing knowledge are worthwhile for society over time. In India, a body called Scientists’ Response to CoViD-19 (ISRC) was formed in the wake of the pandemic. It is a voluntary group of concerned scientists who came together to fulfill the need for science communication, providing factual data, information and analysis on the virus and its effects.

Indeed, for millions of Indians, people like Dr Randeep Guleria, the head of AIIMS, like Dr Anthony Fauci in America, has become the most trusted voice on medical science and a familiar face on television screens as news channels devote regular slots to doctors and bio-medical researchers, uncovering a whole new world of public health and virology as they answer anxious queries by anchors and viewers. More importantly, what the pandemic has done is to bring the scientific world together in a bid to educate their citizens on public health and precautions. Never, in the history of television news have doctors and scientists occupied so much screen time and been treated with such reverence and trust.

In effect, what the pandemic has done is to bring science and technology and research from all over the world in a collaborative search for that magic bullet. Indian vaccine producers and scientists are in close collaboration with their counterparts from across the globe, from Oxford in the UK to scientific institutes in Russia. Once an effective, affordable vaccine is widely available, science and scientists will be the heroes of the New World Order, and that can only be a positive development. The last word on the subject is left to one of the world’s greatest scientists Louis Pasteur, who said: “Science knows no country, because knowledge belongs to humanity, and is the torch which illuminates the world.”  The world remembers him as the man who led the crusade for vaccinations and created the first vaccines for rabies and anthrax.