Thanks to the pandemic, Big Tech has emerged with huge profits and enormous clout over individuals and governments, including sanctions against the president of the most powerful country in the world. Have the Big Five collectively become the new superpower? 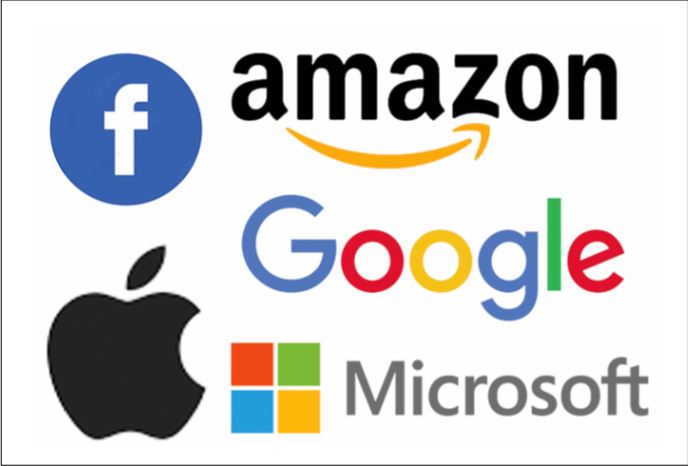 In a recent interview, The New York Times technology columnist Farhad Manjoo warned that the “Frightful Five” Amazon, Google, Apple, Microsoft and Facebook are collectively more powerful than many governments. “They’ve become kind of more like governments than companies with the amount of money they have, with the kind of power they have over democracy in society.”

He was speaking in the context of multiple technology platforms banning US President Donald Trump while he was still in office. The ban may have been justified; it followed the forcible invasion of the Capitol building in Washington by his followers in response to messages he put out on social media.

What makes the ban significant is that many world leaders, led by Trump and Prime Minister of India Narendra Modi, and jet-propelled by the pandemic, are preferring the use of social media to communicate with their citizens, and not just their followers. This is not restricted to domestic issues but also foreign policy and related policy matters. It is, quite simply, the “oxygen of publicity”. The pandemic has accelerated the use of social media by governments, world leaders and institutions to the point where they would be helpless without the medium. That has given these platforms unprecedented power and control. Here’s the extent of the Trump Effect.

Such action, unprecedented in scope and magnitude, indicates the power of these platforms in terms of their potential reach. The influence of Big Tech to define the limits of free speech, till now the function of autocratic governments, is part of a larger trend which has shifted a major chunk of political power away from politicians and into the hands of private players. As Manjoo points out: “It indicates the power a corporation has over the global public conversation.” More importantly, many of these technology giants, among the most profitable and valuable in the corporate world, are also major political contributors. Facebook announced that it was freezing political spending. “Following last week’s awful violence in DC, we are pausing all of our PAC contributions for at least the current quarter, while we review our policies,” a spokesperson said. In the US, a Political Action Committee (PAC) is an organisation that pools campaign contributions from members and donates those funds to campaigns for or against candidates.

Google also announced a freeze on its political action committee, NetPAC. Apple, Microsoft and Intel have also said they will suspend donations to lawmakers who voted against the certification of the US election. Airbnb, the online vacation rental company, AT&T and Comcast have also announced they would not make donations to Republicans who “tried to prevent the election certification”. Last year, Facebook spent roughly $17 million on lobbying more than any other tech company, and also many governments.

The pandemic has also showed Big Tech companies just how much power and responsibility they have over public conversation. From the president of a country, to the average user, a handful of social media giants are able to dictate terms. That has to do with their enormous reach. Facebook has over 2.7 billion users, Instagram has 1 billion and Twitter has 48.35 million. The big five tech companies (FAAMG Facebook, Amazon, Apple, Microsoft, Google) account for as much as 13 percent of the value of the whole S&P 500 by market capitalisation, totalling $5 trillion combined. With such financial clout comes great power. Other than revenue, these companies bring sociocultural evolution and drive social change. The tech giants have introduced algorithms and technology that have the potential to control the public narrative and, in some cases, influence major political decisions.

Recently, after spending 16 months investigating Amazon, Apple, Facebook and Google, the House Judiciary Committee in the US concluded that these Big Tech companies have turned from “scrappy” start-ups into “the kinds of monopolies we last saw in the era of oil barons and railroad tycoons. Simply put: They have too much power.” Microsoft chief executive Satya Nadella said back in April: “The challenges we face demand an unprecedented alliance between business and government.” Nadella was speaking of the dramatic shift to tele­medicine and virtual learning but what he was suggesting was that it was time that traditional functions of government public health and education were shared by industry. As he conceded: “We at Microsoft view ourselves as digital first responders.”

In a recent article, Atlantic magazine wrote that in the years before the virus, critics began to prophesy that a handful of tech companies would soon grow more powerful than the government. Their scale and influence, and their ability to manipulate public opinion and shape markets, would permit them to reign unimpeded. The article goes on to point out that in a unipolar world, Big Tech can, with a few tweaks to its algorithm, profile millions of people who have a particular political ideology. They also have the ability to filter news. This kind of power has never been possible in history.

Closer home, the 2014 general election in India witnessed the power of social media for the first time in influencing politics and the electorate. Spearheaded by Modi, social media replaced the traditional loudspeaker and election rallies. According to official reports, every political party has allocated between 2-5 percent of its election budget for social media spend, which comes to around Rs 500 crore for the BJP and Rs 400 crore for the Congress. Modi has the maximum followers on Twitter and Facebook. In India, Facebook has 93 million users while Twitter can boast of around 33 million accounts.

Moreover, the technology arena, unlike politics, is ever changing and expanding. Last week, when Facebook announced its new privacy protocols, millions of users switched overnight to Signal and Telegram. Telegram says it added more than 25 million users. It now has over 500 million users. According to tracking websites, in one single day, Signal added nearly 1.3 million users. The company said it was the No. 1 app in 70 countries on iOS devices and in 45 countries on Android devices, with India being one of the biggest areas of new user growth. That just shows the Hydra-like proportions of the technology space. Cut one down to size and two others are there to take its place.

Traditional superpowers do not have that kind of flexibility and instant ability to attract millions of followers, who can be profiled, with details of their likes and dislikes, friends and family, habits and ideological bent. In a recent article, Ravi Joshi, a former member of the cabinet secretariat, wrote: “Never before did we have technological platforms and apps that provide such a personalised menu of likes or dislikes, preferences, hopes and aspirations, fears and concerns, as we have today. Technology now offers an individual universe that may be at variance or contrary to existing reality. This customised universe links one up with millions of others in an online world who share a belief system. With this, you actually cohabit a different universe shared only with your online friends…. George Orwell never anticipated Mark Zuckerberg and the latter has enabled the creation of a totalitarian monster beyond the wildest imagination of the former.”

In Orwell’s 1984, the Big Brother who watched over everything and manipulated minds was big government. In 2021, it is increasingly becoming Big Tech.