UP has always been seen as a “bimaru” state and its handling of corona too was criticised. But with the Allahabad High Court praising its efforts, a shift in perception is under way. 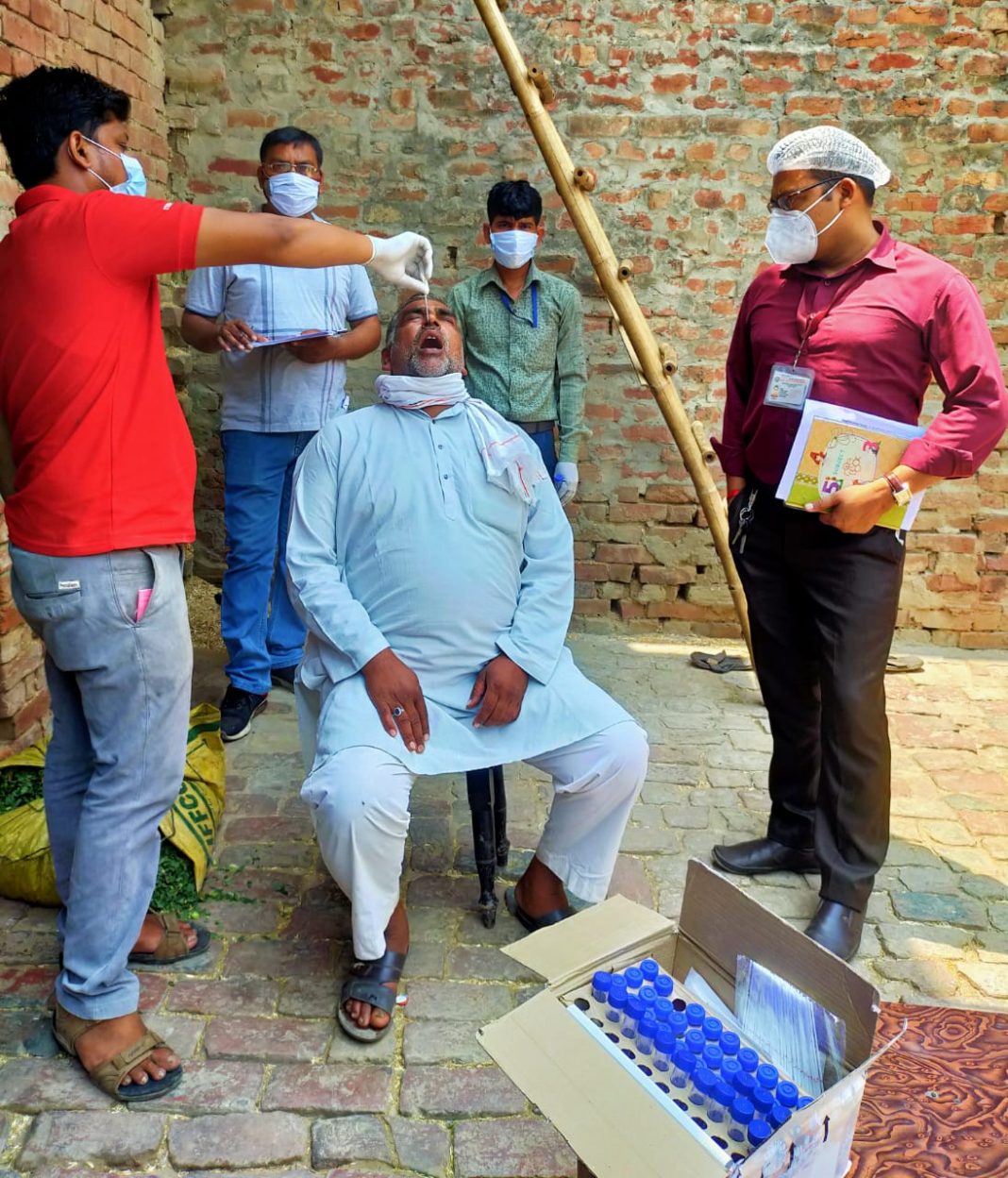 On May 27, 2021, the Allahabad High Court praised UP Chief Minister Yogi Adityanath’s government for its health facilities. This was after making adverse remarks a few days ago for the treatment of corona patients and saying the people of the state had been left “Ram Bharose” or at the mercy of gods.

The bench of Justices Siddhartha Varma and Ajit Kumar appreciated the state government for the management of Covid during the hearing of a PIL on the issue of health facilities in the state. The state government told the Court that the maximum charge for testing in diagnostic centres had been fixed. The fee for RT-PCR test would be Rs 500-900 and for antigen tests, Rs 200. Similarly, the fee for CT scan of different slices (parts and portions) had been fixed, starting from Rs 2,000-2,500.

Earlier, the Court had sought a report on diagnostic test rates from the state government. It said that the maximum amount of arbitrary fee being charged in the name of testing should be fixed. The UP government informed the Court that up to 16 slices of CT scans had been fixed by diagnostic centres at Rs 2,000. On top of this, Rs 2,250 would be charged from 16 to 64 slices and Rs 2,500 for slices above 64.

The state government submitted a report regarding improved medical facilities in Bahraich, Bijnor, Shravasti, Barabanki and Jaunpur in compliance with a previous order passed by the High Court, on which the Court expressed satisfaction. With regard to five districts—Bhadohi, Ghazipur, Ballia, Deoria and Shamli—the bench asked the government to increase such facilities and submit a report. The Court also sought a report from the central government regarding the vaccination of persons with disabilities.

While scrutinising pandemic pre­paredness in Deoria and Kushinagar districts, Adityanath had claimed that UP had moved into a Covid “safe zone”. He said that the state had proved critics wrong and managed to “successfully blunt” the surge through the tracing, testing and treating method.

The results of this method had shown that about 82 percent of active cases were reduced. UP now ranks first in the country for carrying out a vaccination campaign for those between 18-44 years, the government has claimed. Currently, this campaign is being carried out in 23 districts. A comprehensive campaign of vaccination will be launched in all the districts from June.

The Integrated Covid Command and Control Centre (ICCCC), Monitoring Committees and Rapid Response Teams (RRT) have played a role in this decrease. The chief minister constituted separate monitoring committees and rapid response teams for urban and rural areas and chalked out a strategy for door-to-door screening. Monitoring committees have distributed medicine kits free of cost in rural and urban areas, claimed the government.

Anganwadi workers too were roped in for this fight. On the instructions of the chief minister, more than one lakh such workers in more than 60,000 monitoring committees helped identify the infected by reaching door to door in rural areas. Since March 31, testing in villages is double in comparison to cities.

The chief minister devised a strategy at every level and instructed district-level officers to focus on two points—ICCC and containment zones. Dr Ashutosh Sharma of Medanta Hospital, Lucknow told India Legal that initially it looked like implementation at the ground level was missing. But once the elections were over, the state government was providing complete logistics.

The WHO too has praised the UP model as people are working at the village level too. Earlier, there was lack of preparedness as it was left to epidemiologists to prepare strategies for Covid.

New oxygen plants and training of doctors for ICU and NICU (neonatal ICU) had been increased to tackle the third wave of corona. A doctor who runs a private hospital said on condition of anonymity that the second wave in its initial phase was extremely dangerous. Lack of oxygen then had led to difficulty in treating patients with negative RT-PCR reports, but who were still Covid patients.

WHO has appreciated the Corona Testing Campaign in rural areas of UP. It tweeted that the UP government has gone door to door in all rural areas of the state with rapid testing of people with corona symptoms and made commendable initiative to provide corona kits. Niti Aayog too has praised the efforts of the Yogi government. The Bombay High Court also commended UP for the arrangements made to protect children from corona.

But despite all this, there are some cases where the state government has slipped up. In a shocking incident at a primary health centre in Barhni village, 20 villagers received Covaxin shots on May 14 after first receiving Covishield on April 2.

Speaking to the media, Chief Medical Officer, Siddharthnagar, Sandeep Chaudhary said: “There are no such guidelines from the centre on any kind of ‘cocktail’ of vaccines and hence this is a matter of negligence. The person who is getting the first dose of a particular vaccine should get the second dose of the same vaccine as well. An enquiry was ordered in this case and our senior officers went to the spot and conducted it.”

It is obvious that UP is a mixed bag of surprises and is trying to put is best foot forward in the fight against Covid-19.