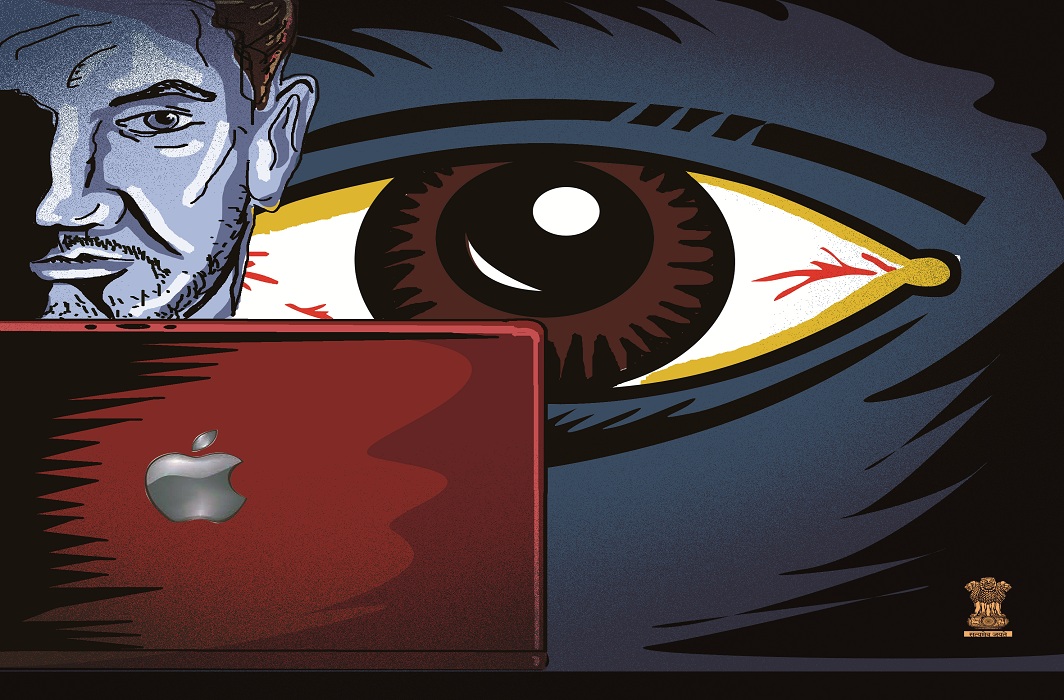 Two recent notices by the government kicked up a storm over allegations that they would compromise privacy. However, they seem to be attempts to curb illegal activities on social media

The privacy of individuals seemed to be at stake recently. Two PILs were filed in the Supreme Court against a notification of the Union home ministry, with more promising to follow. They sought quashing of the recent order of December 20, 2018, on the grounds of violation of privacy of citizens. The order was made under Section 69 of the Information Technology Act, 2000, as amended in 2008 (ITA 2000/8) and was called a mass surveillance attempt, an assault on privacy and an attempt by the Modi government to gain advantage during the forthcoming general election over its political opponents.

Before the Court could hear these petitions, another order dated December 24, 2018, from the Ministry of Electronics and Information Technology (MeitY) amending Section 79 of ITA 2000/8 raised a storm in the media. This, too, could land in the Supreme Court shortly. It was alleged that this order violated freedom of speech and was an attempt to censor and control social media as well as facilitate snooping on citizens.

While this has understandably char­ged up opponents, even professional circles seem confused about the legality of the orders. The home ministry order (see box: Ministry of Home Affairs) is “in exercise of powers conferred under Section 69(1) of ITA 2000 read with Rule 4 of the Information Technology (Procedure and safeguard for interception, Monitoring and Decryption of Information) Rules, 2009”. However, this order is not an independent directive that can be considered actionable without reference to the restrictions under the relevant Act and Rules. This fact has been ignored in most discussions and media reports as well as the PILs. The order is only designating the agencies that can be used by a “competent authority” for exercising its powers under Section 69 (1) of ITA2000/8.

Section 69 (1) itself is providing powers only as per the constitutional propriety of “reasonable restrictions” that can be placed on fundamental rights through due process of law. The due process is represented by Section 69 and the rules made thereunder. This Section has existed in its present form since October 27, 2009, and enables the issue of directions for interception/monitoring/decryption of any information by a “competent authority” and for a “specific purpose”.

As Section 69 clearly emphasises that it can be used only when the requirement is under “Permitted Reasonable Restrictions of Fundamental Rights” under Article 19(2) of the Constitution, it is not ultra vires the Constitution. The rules under Section 69 were notified on October 27, 2009, under the title “Information Technology (Procedure and Safeguards for Interception, Monitoring and Decryption of Information) Rules, 2009”. This contains 25 clauses which include:

Thus, it is to be noted that the rules are comprehensive and fully meet the requirements of “due process”. All the excitement generated about the order being “mass surveillance” of citizens is not backed by facts.

So on what grounds were the two PILs filed? Some of the objections were:

Hence, the grounds on which the PILs have been filed do not seem to be based on facts or logical reasoning. This conclusion would remain even if the landmark Puttaswamy judgment is brought into the discussion as the conditions under which privacy is a fundamental right are subject to reasonable restrictions. These are met by Section 69 and the notification which together constitute “due process of law”. In the Justice KS Puttaswamy (retd) and Anr vs Union of India and Ors judgment, it was held that the right to privacy is protected as a fundamental constitutional right under Articles 14, 19 and 21 of the Constitution.

The recent notification on December 20 by the Ministry of Home Affairs notified 10 agencies to intercept, monitor or decrypt any information through any computer source. Many of these agencies are even exempted under the RTI Act and report directly to the Executive.

Another notification was on December 24 by the Ministry of Electronics and Information Technology which amended Section 79 of the Information Technology Act ostensibly to address the issue of fake news. But the notifications were challenged in the apex court as they were against existing laws. No one can be put under surveillance unless he is a threat to the nation’s security and the reasons must be in writing.

It was laid down by the Supreme Court in Shreya Singhal vs Union of India while discussing the constitutionality of Section 69 A that the reasons for blocking content must always be in writing so that they can be challenged in a writ petition under Article 226. The Article says: “…every High Court shall have powers…to issue to any person or authority, including in appropriate cases, any Government, within those territories directions, orders or writs, including writs in the nature of habeas corpus, mandamus, prohibitions, quo warranto and certiorari, or any of them, for the enforcement of any of the rights conferred by Part III and for any other purpose.”

The 1996 judgment in People’s Union for Civil Liberties (PUCL) vs Union of India was a significant attempt to solve the problem of widespread telephone tapping, and its influence has been strongly felt in subsequent laws designed to balance the right to privacy against the State’s power to conduct surveillance. This landmark decision discussed the right to privacy at length. It was later declared a Fundamental Right under Article 21 of the Constitution in Justice KS Puttaswamy (retd) & Anr vs Union of India & Ors. In this judgment, the Court also laid down detailed guidelines for the exercise of the Executive’s surveillance powers. These include:

The safeguards against arbitrariness in the exercise of the state’s surveillance powers designed by the Court continue to apply in the internet age. However, new mass surveillance programmes being undertaken by the government that seem unprecedented in their scope necessitate a thorough re-examination of our privacy laws

On December 24, 2018, the government put up a draft amended rule under Section 79 of ITA 2000/8 for public comments. This is called the Information Technology [Intermediaries Guidelines (Amendment) Rules], 2018, and amends the earlier rule which was issued on April 11, 2011. The new regulations have proposed some important changes related to social issues such as prohibition of promotion of cigarettes, tobacco products, liquor, etc, which have not faced any objection in the initial media reactions. What has now attracted the adverse attention of critics are those related to the proposals to curb spread of fake news through social media.

The key provisions that have attracted attention in these guidelines are that the intermediary:

Like the objections raised for data localisation in respect of the proposed personal data protection law, industry players, which include international giants such as Google, Facebook, Twitter, WhatsApp, Instagram, etc, may raise their objections to resist the need to have a local company which could add to their corporate governance costs.

There is a counter view that many of these entities are today much more than communication platforms and have even ventured into be­coming financial intermediaries (GPay, WhatsApp Pay, Twitter or Facebook Banking, etc) and there is a need to bring them under tighter local regulatory supervision. The proposed measures of “management localisation” would be a step in this direction and lead to better tax and legal compliance.

As regards the need to remove content under certain circumstances, the requirement arises only when the order is “lawful” or there is a “Court order”. Hence, there is no justification for objection. The intermediary needs to put in place systems and procedures to comply with the provisions as a part of ITA 2008 compliance. Identifying what is “lawful” will be with reference to “objectionable content” referred to in the guideline itself and the information which is relatable to Article 19(2) of the Constitution.

Understanding these and translating it into necessary policies and procedures are part of the compliance process. When these intermediaries can translate complicated regulations like General Data Protection Regulation into automated technical compliance controls, converting these guidelines should not be an issue. When there is disagreement between the authority seeking removal of the content and the intermediary, it is open for either to resort to “adjudication” as provided under ITA 2000/8 or other means that may be available under law.

The technical measures and controls required to be implemented under the guidelines do not speak of any “decryption”, though this is a power available under Section 69 of the ITA 2000 and can be exercised over any IT operator, including an intermediary, subject to conditions indicated under Section 69.

On the other hand, what is required under the Section 79 guideline is a reliable identification of the origin of the message such as the IP address, mobile number, etc. These are measures which are not difficult to implement. Such requirements have come up for judicial review globally as far back as 2000 in the LICRA vs Yahoo case and courts have held that the intermediary is duty- bound to introduce adequate technical measures to comply with the legal requirements.

The amendments are, therefore, reasonable and the objections raised represent more the economic inconvenience that the intermediaries may face. They do not carry legal weight.

In short, it seems that the two notifications are a serious attempt by the government to mitigate the possibility of social media and the internet being used to carry out illegal activities. The question “why now” can only be countered with “why not now?”

Hopefully, the industry will cooperate and the courts will appreciate the need for such regulations and deal with the legal objections in an appropriate manner.

—The writer is a cyber law and techno-legal information security consultant based in Bengaluru. The views expressed are personal