Home Delhi High Court Delay in lodging of FIR the “golden hour” of investigation is lost and all probability to lead dried up:Delhi HC 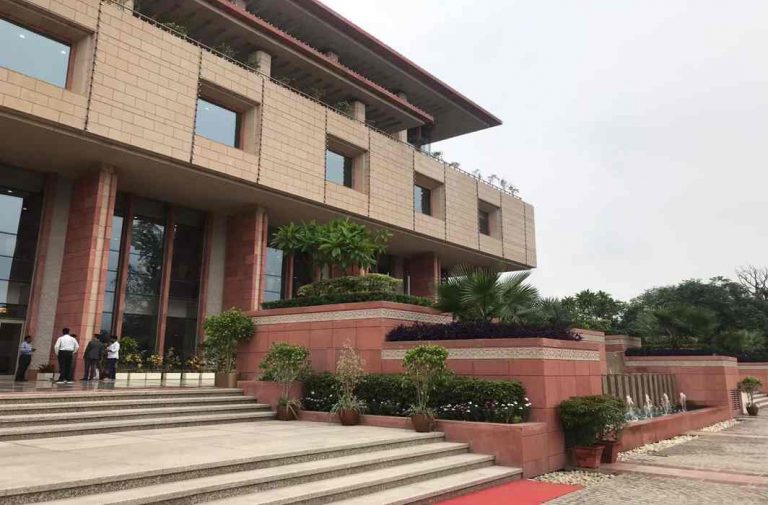 The Division Bench of Delhi High Court comprising Justices Manmohan and Sangita Dhingra Sehgal on Thursday sought for a status report from Delhi Police in a Suo Motu case initiated by itself in pursuance to a direction received by the PIL committee of Delhi High Court.

The petition dealt with the delay in registration of an FIR and that due to that delay, precious time gets lost. It mentioned,“Due to delay in lodging of FIR the “golden hour” of investigation has been lost and in all probability important leads have dried up.”

The petition also mentioned about the direction of the court through an order dated 13th May, 2019 regarding online registration of FIR’s for missing persons. Court had directed the Delhi Police to consider allowing online registration of FIRs by way of SMS, emails and WhatsApp. The suggestion was made as it was observed in a number of writ petitions filed by the family members of missing persons either the FIRs had not been registered or had been registered belatedly. A  status report was submitted to this court dated 29th May, 2019 by the Deputy Commissioner of Police (Legal Cell), Police Headquarters which stated,

“In this regard, it is submitted that to reduce human interface and to streamline the process of reporting regarding missing persons including children, an e-facility shall be developed, through which the citizens shall be able to report such missing on the citizen portal of Delhi Police through internet. The service shall be provided at the portal of Delhi Police through internet. This shall ensure prompt and timely police response and take the service delivery closer to the citizens of Delhi.”

A facility to lodge online report of a missing person including children on Citizen Portal of Delhi Police through Internet to provide service at the doorstep of citizen and to ensure prompt and timely police response. This service is being launched through Web and Mobile Application to reduce the human interface in lodging of such complaints.

Step 1: Submission of Details by the Complainant

It is proposed to provide a link on Delhi Police website i.e. http://delhipolice.nic.in to lodge a missing person report on the citizens services. Similar, facility will also be provided through mobile phones.

On clicking the “Report a Missing Person/Child” link, the missing person registration form will seek the following details from the complainant:

After submission of above information, the computer application system will generate PDF report and forward it to following stake holders to initiate police response mechanism i.e.

d) SHO/concerned police station will be alerted simultaneously, if PS area is available

Step 3: Enquiry by an Officer

SHO of the concerned area Police Station shall ensure that:-

b) Where no specific allegations are made or suspicion is expressed an FIR shall be lodged as per the provisions of Standing Order being revised on the directions of Hon’ble Delhi High Court in W.P (Crl.) 1560/2017 in the matter of Sadan Haldar Vs. State of NCT of Delhi & ORS.

The Complainant will be provided alerts on his/her mobile about progress of the case from time to time.

ACP/Sub-Division shall ensure that SHO concerned takes the required action on the information received, within 24 Hours as per Step No. 4 above. ACP and SHO will be able to monitor the progress of action on the pending complaints and cases through their respective Dashboards in CCTNS application on desktop to review action taken as per S.O. No. 252/2010 (being revised as mentioned above)

M/s Tech Mahindra, the System Integrator (SI) for the CCTNS Project in Delhi has submitted an initial proposal for development of above system. A timeline of 90 days has been provided by the SI for development, testing & deployment of the required functionality on Web. The Mobile Application may take a further one month.

The total cost estimation for development of Web & Mobile modules is approximately Rs. 8 to 10 lacs.