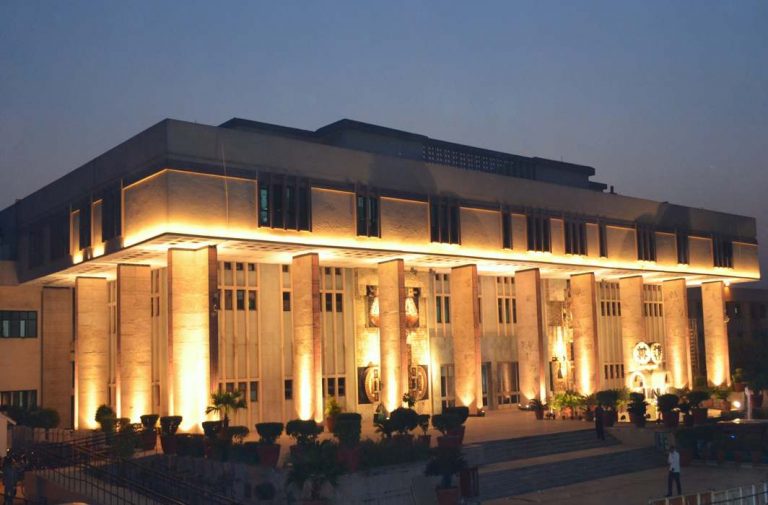 Delhi High Court on Wednesday asks the Delhi Police Commissioner to explain why they are using Urdu/Persian words while recording DD entries, FIR, Statement of Witnesses recorded under Section 161 Cr.P.C. Court said simple language should be used instead of ‘High Sounding’ and ‘Bombastic’ words.

A bench headed by the Chief Justice DN Patel & Justice C Hari Shankar was hearing a plea filed by Vishalakshi Goel which sought directions to take steps for replacement of archaic and difficult words & phrases of Persian and Urdu with simple words of Hindi and English for official use by Delhi Police.

Delhi Government Additional Standing Counsel Mr Naushad Ahmed Khan, appearing for the Police said that the language used in the FIR, Chargesheet etc. being used for the several past decades and accepted by the public at large. The Urdu/Persian words used by Delhi Police are not uncommon or difficult to understand. In fact these words and phrases have common place language, which is widely understood even by laymen in Delhi. He further stated that replacement of words lead to create lot of difficulties both for the litigants and the lawyers. Dropping of these commonly used words may also against the idols of inclusiveness and national integration.

However, the Court said the language should be simple and understandable to everyone. Too much flowery language, the meaning of which is to be found out by a dictionary, should not be used. FIR should be in the words of the complainant. The Police is for the public at large and not just for persons with doctorate degree in Urdu or Persia. Following which Court directed Commissioner of Police Delhi to file affidavit.

The court would hear the matter on 25 November