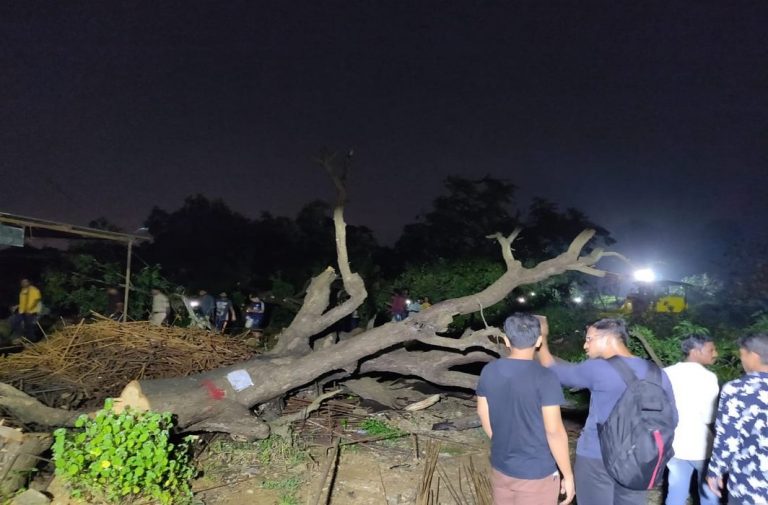 “Why do authorities, while computing environmental compensation, not take into account the volume of oxygen a tree would release into the atmosphere in its lifetime? Look at the amount of oxygen generated by a single tree in its lifetime….”

—A three-member bench of the Supreme Court headed by Chief Justice SA Bobde and comprising Justices BR Gavai and Surya Kant on January 10, 2020

Have you wondered why our bureaucrats love cost-benefit analyses (CBA)? The answer is simple—by juggling around with figures, any project that they want to push through can be justified on that basis. If you want to build a Metro, or a railway line, or a road, you can
happily inflate the number of commuters and users, and simultaneously underestimate the costs of land acquisition, displacement, and the destruction of forests, wetlands and other natural assets. And hey presto, your project will sail through the approval process and get sanctioned.

The question above posed by the learned judges is thus quite significant. Almost all linear projects—rail, road, transmission lines, canals, Metros, etc—pass through forested areas and necessitate the cutting of trees. For allowing this to happen, an application has to be made to the Forest Department (FD) of the state government to allow the use of forest land for “non-forestry” purposes under the Forest (Conservation) Act, 1980 (FCA).

This application is screened at different levels of the forest department, invariably approved, and then forwarded to the state government for its ap­proval. Once this formality is completed, the application is sent to the Ministry of Environment, Forests and Climate Change (MoEF) for its approval. This too, is another formality, and all projects are invariably approved subject to certain conditions.

The FCA was initially brought in by Indira Gandhi in 1980 via an ordinance. The Constitution was amended so that forests, which were under the control of the state governments, were shifted to the Concurrent List. The ordinance was then quickly replaced by the FCA. The basic intent of the FCA was to stop state governments from indiscriminately distributing forest land to all their supplicants, and the FCA mandated that no forest land could be used for non-forestry purposes without the prior approval of the MoEF. A statutory committee called the Forest Advisory Committee (FAC) was also required to be set up to scrutinise all such proposals for diversion of forest land.

The FCA was welcomed by environmentalists and by the FDs. Environmentalists were happy because they thought the area of forests being diverted would reduce. The FDs were happy because they saw their role being widened and strengthened. Project proponents were unhappy, and so were the state governments, but in those days, they did not have much of a say when faced with a powerful prime minister, whose love for forests and wildlife came from her heart.

For a few years, the FCA did work as it was intended. The projects were scrutinised, and two important principles were observed. The first principle was that if x acres of forest land were being diverted, an equivalent area of non-forest land was required to be handed over to the FD by the revenue department. Secondly, the project proponent would fund the costs of “compensatory afforestation” of this revenue land.

However, slowly but inevitably, the effectiveness of the FCA was eroded by the simple expedient of adopting a different formula. Instead of identifying and handing over an equivalent area of revenue land to the FD for “compensatory afforestation”, the state governments and the MoEF formulated a framework wherein no compensatory land would be provided to the FD to make up for the loss of forest land. Instead, the project proponent would pay the FD the cost of plantation on twice the area of degraded forest land. All that was required was a letter from the chief secretary stating that no revenue land was available, and unfortunately, such letters were available for the asking.

What was then left was the paltry amount required to be paid to the FD for the “compensatory afforestation” by the project proponent. Since this was based on the plantation estimates of the FD, the sums involved were a few thousand rupees per acre, and made no real dent in the cost of the projects. It thus became a win-win situation for the state governments, the FD, the MoEF and the project proponent. The only victims were the trees (and the associated biodiversity) in the forests.

In 2002, based on a report submitted by the Central Empowered Committee (CEC), a body created by the Supreme Court itself, the concept of Net Present Value (NPV) was brought in at the national level. The rationale behind bringing in the NPV was that in addition to the costs of compensatory afforestation, the economic value of the forests that were being destroyed needed to be paid for.

Based on the CEC report, the NPV values, ranging from Rs 4.38 lakh to Rs 10.43 lakh per hectare, were established depending on the Forest Eco Value Class and Canopy Cover Density Class. It was also recommended that the NPV rates should be revised every three years. However, the emphasis was not on preventing the destruction of forests, but collecting money as compensation for the destruction of forests.

But as it happened, while many complicated parameters for arriving at the cost of services provided by different kinds of forests of different densities at different locations were discussed threadbare, and the benefits of carbon sequestration were being computed, the value of the oxygen provided by the forests seems to have been overlooked by all the economists.

That the Supreme Court judges have posed this question to the government is something to be welcomed. We can only hope that in the quest for oxygen, the need to protect our forests will once again emerge as the central issue, and the quest to collect money for the destruction of our forests will become a secondary one.