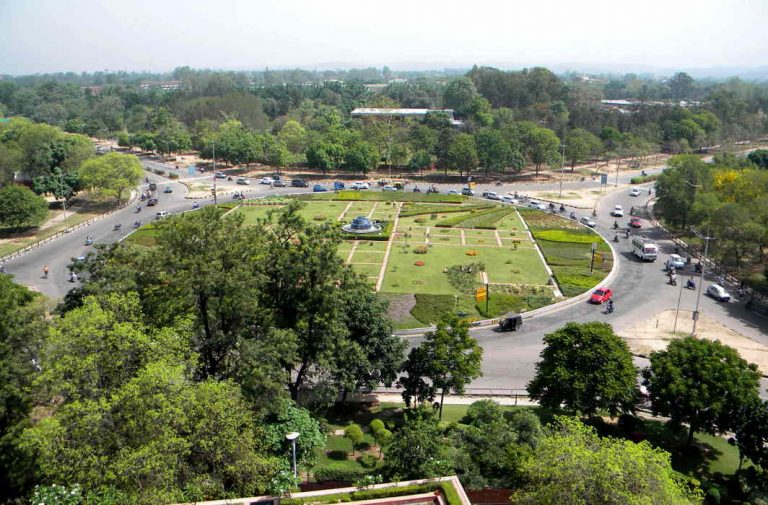 Punjab CM Capt Amarinder Singh has written to the home minister asking for Chandigarh to be restored to his state. But this is easier said than done as it is now a well-oiled UT with officers from both states

The chief minister of Punjab, Captain Amarinder Singh, has written to the home minister complaining that even after such a long period, the territorial dispute arising out of the Punjab Reorganisation Act, 1966, remains unresolved. According to him, even the fine balance in sharing officers/officials and other resources of the Union Territory (UT) of Chandigarh between Haryana and Punjab is being disturbed. And he accuses the home ministry of inducting more officers of the UT cadre into the administration of Chandigarh “without realising the implications of such avoidable decisions”.

The Chandigarh UT came into existence on November 1, 1966 under Section 4 of the Punjab Reorganisation Act: “On and from the appointed day, there shall be formed a new Union Territory to be known as the Union Territory (UT) of Chandigarh comprising such of the territories in the existing state of Punjab as are specified in the Second Schedule and thereupon the territories so specified shall cease to form part of the existing state of Punjab.”

As per the original arrangement, a chief commissioner of the UT, appointed by the Government of India, was the head of the Chandigarh administration and would perform the functions of the chief administrator. By appropriate notifications, all the concerned acts and rules of Punjab were made applicable to the Chandigarh UT in the same form and substance. The chief architect and chief engineer continued in the same capacities, with additional responsibility as secretaries to these respective departments. The estate officer was additionally designated as deputy commissioner of the UT. New posts of home secretary and finance secretary were created to assist the chief commissioner.

Quite different from other cities and towns, Chandigarh, the only well-planned greenfield city in the country, developed in a systematic and organised manner. The legal framework for it was set in place in 1952 by enacting the Capital of Punjab (Development and Regulation) Act. This was followed the same year by framing the Punjab Capital (Development and Regulation) Building Rules, the Chandigarh (Sale of Sites) Rules and the promulgation of the Chandigarh Trees Preservation Order. Also, the Punjab New Capital (Periphery) Control Act was enacted to control and regulate construction on the periphery of the city up to a distance of 16 km in all directions.

Under the provisions of these acts and rules, an institution known as the Capital Project Organisation (CPO) was set up, with full administrative and technical components, and clear-cut functions in the areas of architecture and urban planning, engineering, estate management and finance. The chief administrator was the head of the CPO, with a chief architect, chief engineer, and estate officer. The CPO was a non-elected organisation but performed the functions of both project development and local administration and had a fair amount of autonomy.

The chief administrator was vested with powers to frame by-laws and issue instructions regarding building, land use, sale of developed plots, preservation of trees, regulation of outdoor advertisements, peripheral control and other related matters. Implementation of these was the responsibility of the estate officer, who was also the administrator of the capital project.

As per the practice prevailing in our time, the chief commissioner (IAS) came from outside both cadres. Out of the other four IAS officers, two (finance secretary and deputy secretary) came from Punjab and two (home secretary and deputy commissioner) came from Haryana. Various departments were distributed among these officers. The lone IPS officer (senior superintendent of police) came from the UT cadre. There was also a mixture of Punjab and Haryana civil service officers. The two technical chiefs (chief engineer and chief architect) came from Punjab and Haryana. There was a fine balance.

The Chandigarh administration then was lean and thin. Now it has become bloated and top-heavy. The number of IAS officers has grown from five to 13, out of whom eight are from the UT cadre, three from Punjab and two from Haryana. From just one, there are now seven IPS officers. One does not know the number of departments, agencies, boards and corporations that have mushroomed over time to “administer” a city of just 1.2 million people. Most of the top officials are from outside Punjab and Haryana. Hence, the loss of balance and this is what needs to be addressed.

Instead, the chief minister is asking for Chandigarh to be handed over to Punjab. This is both archaic and unrealistic and there are sound reasons to say so. In the past more than five decades, two generations have grown up seeing Chandigarh as a distinct territorial entity. As a matter of fact, the Shah Commission which was appointed for the purpose of reorganising Punjab, awarded Chandigarh to Haryana but, due to a dispute, it was made into a UT, serving as the common capital of both states with the intention of giving it to Punjab at a later stage. Initially, this arrangement was for a period of 10 years, but the Government of India has been extending it. Now it is more than half a century, with the golden jubilee already celebrated.

In 1984, the governor of Punjab was designated the “administrator” of the Union Territory and the post of the chief commissioner was reduced to that of “adviser to the administrator”. This was a temporary arrangement to facilitate the coordination of anti-militant/disturbed area operations in Punjab in the wake of Operation Bluestar at the Golden Temple, Amritsar. Though these “operations” ceased decades ago, typical of India’s governance lethargy, this “temporary arrangement” has almost become permanent with Punjab developing a huge vested interest in Chandigarh. Meanwhile, in 1994, the Municipal Corporation of Chandigarh was established under the provision of the Punjab Municipal Corporation Law (Extension to Chandigarh) Act bringing in a dual system of administration in Chandigarh, with the appointed officials controlling the majority of functions and funds, while the elected corporation was given a partial role.

Some months ago, the central government decided to delink the Punjab governor from administering Chandigarh and appointed an independent administrator with the rank and status of a lieutenant-governor. But the decision was rescinded under intense pressure from former Punjab Chief Minister Prakash Singh Badal who was apprehensive about the loss of Punjab’s claim over the city, particularly when the state assembly was facing elections. And the Punjab governor continues to be the administrator.

Now the present chief minister wants Chandigarh to be given back to Punjab as one of its many cities or perhaps as a metropolis. This certainly is not the solution. As it is, with the kind of “urban sprawl” happening all around Chandigarh, particularly on the Punjab side, the city is choking and running out of breath. Loading it more would take away the very charm and legacy of the city.

A better option would be for the centre, along with the Punjab and Haryana state governments, to develop it into a “knowledge-cum-sports-city”, taking advantage of the available infrastructure and talent. This could also partly realise the dream of Le Corbusier, the founder-architect of  “City Beautiful”!