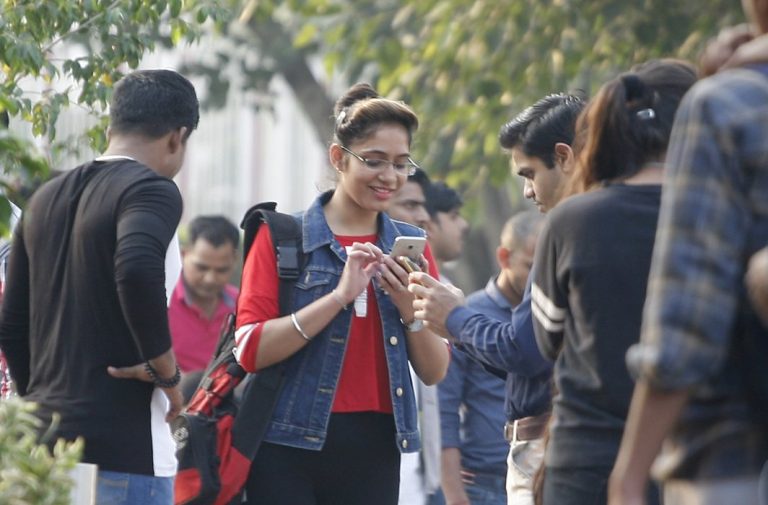 For the first time, research on the effects of texting while walking is available and shows just how serious its effects can be in terms of head and neck injuries. Roman Povolotskiy, from the Department of Otolaryngology—Head & Neck Surgery at Rutgers New Jersey Medical School in Newark, is the author of the first research paper to investigate the effects.

The researchers looked at emergency department visits between January 1998 and December 2017 to examine “the incidence, types, and mechanisms of head and neck injuries associated with cell phone use”. During the study period, they found that 2,501 people landed up at the emergency department with head and neck injuries related to cell phone use. A third of the injuries occurred in the head and neck area, and another third were facial injuries, including eyes, eyelid area, and nose. Over 12 percent of the injuries were to the neck. People aged 13-29 years were most at risk of these injuries.

“Cell phone-related injuries to the head and neck have increased steeply over the recent 20-year period, with many cases resulting from distraction,” say the study authors.

Despite the worrying slide in sales in India, automobile manufacturers are planning to launch close to 20 new models in 2020, led by Mercedes with three new launches, followed by Hyundai and Tata Motors. However, the one that will catch most eyes is the Lexus LC 500. Lexus is the luxury brand under the Toyota umbrella and only made its debut in India in 2017 but as it gains in popularity among the uber rich, its latest offering, which will hit showrooms by end-January, is set to change its image as a maker of boring looking luxury cars.

The LS 500 is a youthful and unique design, with a stunning profile. Slotted as a sports coupé, the one coming to India is the hybrid model. The signature grille gets a sharper look along with three-element LED headlamps while the massive 21-inch alloy wheels and the well-defined shoulder line are clearly the highlights. The coupé is powered by a five-litre V8 engine with a 10-speed automatic gearbox. For all that bang, there’s bound to be a lot of bucks, the price tag in India will be around Rs 2 crore.

For many of us, constant use of the computer keyboard can be tiresome and also bring medical problems like Repetitive Strain Injuries and Carpal Tunnel Syndrome. Now, Logitech has come out with the Ergo K860 keyboard that promises much needed relief.

The K860 is a compact, split, curved ergonomic keyboard. Developed after extensive laboratory testing, it is designed to reduce muscle activity and allow for a more natural posture. Users can adjust the palm rest tilt which allows for a position where your wrists aren’t constantly bent while typing.

Slim and wireless, it is powered by two AA-size batteries and connects to the computer via Bluetooth. The keyboard is designed to allow you to move your cursor between two computers but above all, the split design requires less hand movement.

The curved wrist rest reduces strain and is made from high-density memory foam and Logitech says it allows very little strain even after hours of typing.

With many corporations across the world switching to a five-day week and, in some cases in America, Japan and parts of Europe, a four-day one, the debate has focused on the benefits. While largely unproven, proponents of a shorter work week believe the benefits lie in cost-cutting, increased productivity and work-life balance.

Now, we have a new model. A digital marketing agency in Australia has introduced a mid-week off. The Wednesday holiday means staff get a four-day week, working Mondays and Tuesdays, then return for another two on Thursday and Friday. Bosses at Versa, the company, find that meetings are more focused and productivity is higher.

Since the policy was implemented last year, revenue has increased by 46 percent but top management is not crediting the new work cycle for increased profits. What they have found is that a mid-week break lets staff get more house work done, spend more time with children and generally chill out. The idea of a mid-week break means staff return to work on Thursdays fresh, when people feel most productive.

The Tok is Ticking

India seems to hold the key in defining the global popularity of social media and apps. According to data firm Sensor Tower, TikTok has grown massively in terms of reach during 2019, with over 700 million downloads worldwide, inching ahead of both Facebook and Facebook Messenger.

The rise was the highest in India, with the data firm revealing that 45 percent of TikTok’s downloads originated in India. The number one app across the world remains WhatsApp, which registered 850 million downloads in 2019, again thanks to its popularity in India. WhatsApp garnered more than 400 million users in India in 2018-19, reaffirming its gigantic reach in its biggest market. WhatsApp’s growth in the fourth quarter of 2020 was up 39 percent over the previous quarter, Sensor Tower said.

However, the rise of TikTok, the video-sharing social networking service, is the story of 2019, attracting a growing number of users who are mostly teens and young adults and is currently rated the most valuable startup in the world.