Home Interview “There is no political will to set things right” 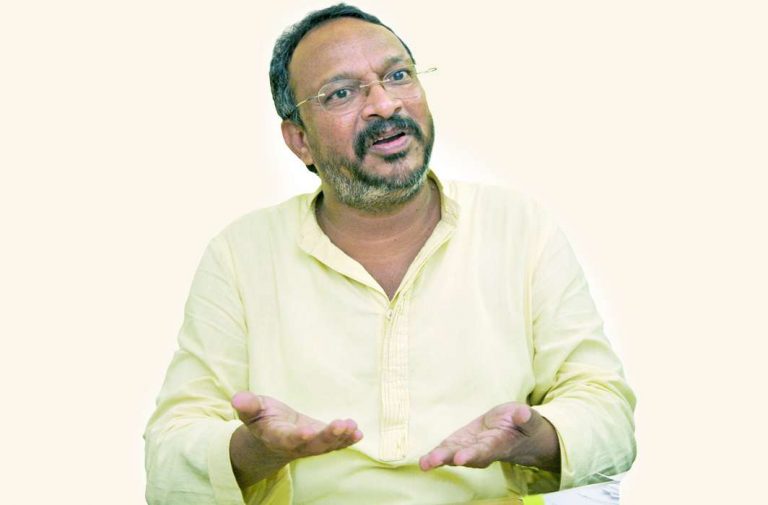 BEZWADA WILSON’S fight to eradicate manual scavenging in the country began in 1986 when he was only 20. His struggle continues despite Parliament enacting the Employment of Manual Scavengers and Construction of Dry Latrines (Prohibition) Act in 1993. The law explicitly prohibits it but manual scavenging goes on. In an interview to LILLY PAUL, Wilson, who was awarded the Magsaysay Award last year, talks about the government apathy towards the problem in the context of the death of 10 manual scavengers in last five weeks in Delhi.  Excerpts:

Ten sewage workers have died in five weeks and that too in the national capital. Your comments on it….

Deaths are happening everywhere, not just in Delhi. Some are reported while others go unreported. These are all accidents and when an accident happens we cannot immediately analyse why it happened. Delhi has sewer lines of over 7,000 km. That is also the reason why the number of deaths is more in Delhi. The city has no proper mechanised way of treating sewage. Though deaths are happening everywhere, the situation in Delhi is particularly bad.

The Supreme Court in its 2014 judgment ordered Rs 10 lakh compensation and rehabilitation of the families of all those who died while cleaning sewers since 1993. How many of them got compensation?

Only Tamil Nadu and Punjab have given compensation covering around 60 to 70 percent of the due amount. The rest of the states have not even considered it.

The Railways has the highest concentration of manual scavengers? The apex court had specifically asked the Railways to stop this practice. Did it abide by the court order?

The Railways should have abided by the Court order since it cannot be above the court. But it has done nothing and comes up with the excuse that it needs more time. The Railways said that it will convert 500 coaches every year to mechanical sanitation. If they keep converting 500 coaches every year, the process is not going to stop even in the coming one hundred years. The Railways has not taken a single step towards eradication of manual scavenging. Instead, they are the largest employers of manual scavengers.

The first step towards eradication of this practice would be identifying the number of manual scavengers we have in total. The statistics provided by state governments are very low when compared to the number of dry latrines in the country. Is there any proper official record-keeping of the manual scavengers by the government apart from what your organisation or similar NGOs do?

“Swachh Bharat Abhiyan is completely a toilet-construction business. They have no idea about the eradication of manual scavenging.”

There are already two Acts in place making manual scavenging illegal. Yet people are hired on contract for this work. How can a legal contract be issued for an illegal work?

The contract given is not to clean sewage underground. People are hired to clear garbage and the authorities make them clean sewers. They are not supposed to give such work because it is prohibited.

There is one more aspect. Cleaning of sewage system comes under government agencies—Delhi Jal Board, Delhi Municipal Corporation etc but septic tanks fall under private entities like malls, hospitals or private households. But the Lok Nayak Jai Prakash Narayan Hospital in Delhi, where a worker died last week, was a government-run hospital and the principal employer in these public organisations is the Delhi Jal Board and the Delhi government.

Did the change in government in the state bring any change in the condition of manual scavengers?

The government’s attitude has not changed much. We’ll have to monitor the steps taken by the government in the coming days but they have not given any action plan as to how they are going to go about mechanisation to end manual scavenging.

What about the central government?

The central government has not done anything so far. Despite many deaths across the country, the prime minister has not said a single word.

Do you think the centre is not serious?

The central government is not serious about the issue. This government is not open to the concerns of the poor, oppressed and the marginalised. They only think about development and big businesses. Whenever we write to the PM about our concerns there is no response. Every time deaths happen, we write to the PM and the Ministry of Social Justice and Empowerment but to no avail.

“The contract given is not to clean sewage underground. People are hired to clear garbage and the authorities make them clean sewers.”

Your organisation was to start a nationwide agitation over the death of workers. Since most of the manual scavengers are Dalits, don’t you think the first voice of resistance should come from them? Do you have the support of the community?

My team and I are all from the same community. We also have the support of the workers and most of the families of the deceased workers. We have discussed it with the people and we do have the mandate and also the platform to start our agitation. We are just waiting for the central government to respond. We expected the PM to announce something on August 15 but it didn’t happen. Now we hope he says something on October 2. Meanwhile, we are planning a nationwide agitation.

What do you make of the Swachh Bharat Abhiyan?

Swachh Bharat is completely a toilet-construction business. They have no idea about the eradication of manual scavenging. Their major motive is to construct toilets and count the numbers. More and more toilets mean bigger sanitation problems because we don’t have proper underground sewer systems. First, set up good drainage systems and then construct toilets.

The LG and the Delhi government have issued directives to form committees and to ban manual scavenging in the city. Even the Delhi High Court has directed all civic bodies to be present before it with an enquiry report by September 18. Do you think it will be any effective?

Court intervention always helps. But courts do not take a firm stand when it comes to the Dalits, women, adivasis and the marginalised minorities. The court must realise that it has to protect the lives of the scavengers because the constitution of India says so very clearly. It is not a charity.

Which of the three do you think is the major reason for the abject condition of manual scavengers— political apathy, social injustice or administrative flaws?

All three together when it comes to the suffering of the manual scavengers. There is no political will to set things right. The administration too failed on its part. Being born as Dalits also make them face the brunt of untouchability.