“His Leadership Will be Catalytic for Us All”

There is considerable hope and anticipation concerning Justice NV Ramana taking over as the next chief justice of India on April 24. India Legal spoke to internationally-known legal scholar, teacher and writer Professor Upendra Baxi, on what to expect. 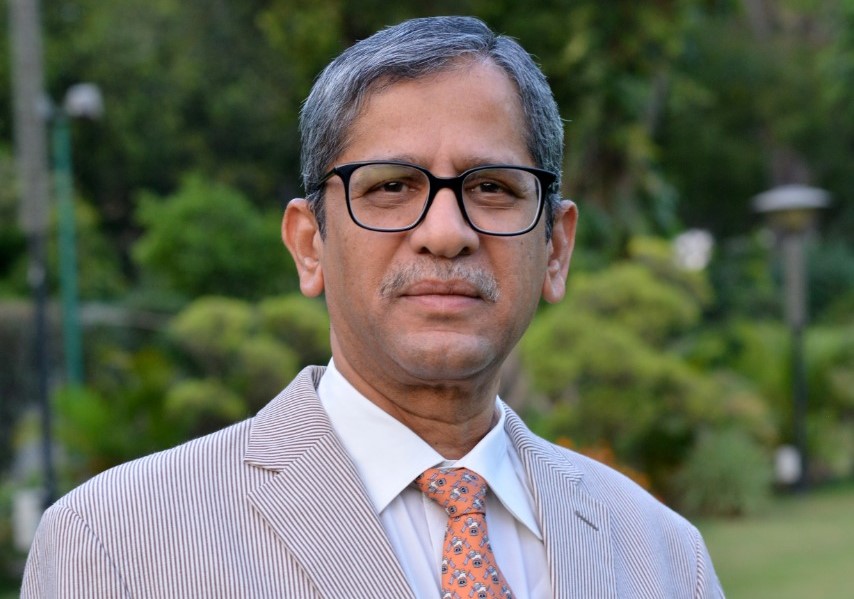 There is considerable hope and anticipation concerning Justice NV Ramana taking over as the next chief justice of India on April 24. India Legal spoke to internationally-known legal scholar, teacher and writer Professor Upendra Baxi, on what to expect. Excerpts:

Justice Ramana will be the chief justice of India in the coming days. What is the immediate challenge he is going to face?

Prof Baxi: Justice Ramana is a distinguished, seniormost justice and has conducted the affairs of the court in a very dignified way. He is a perfect gentle person (I do not divide humankind unto two species: “Ladies and Gentlemen”) and a great judge. I hope with the cooperation of all his brethren, he will lead the institution to new heights.

The coronavirus situation is a challenge everyone is facing daily. Digital judicial hearings are already happening and are here to stay. Currently, both digital and oral hearings are taking place simultaneously. This is a good move, but the cooperation of the Bar is really important. Justice Ramana will become the chief justice of India at a particularly difficult moment in terms of digital justice. But the Supreme Court has a proud record of doing justice in difficult times. And this is one such difficult time. I think they are doing fairly well at the moment. And this will continue with the new CJI.

Prof Baxi: Judicial Infrastructure Development Corporation is certainly an idea whose time has come in a big way. Judicial academies have developed all over the country. Judicial education is recognised as an important sphere of action. The National Judicial Academy at Bhopal (and the State Judicial Academies) is where judges are trained. So, in essence, this is an ongoing process. I think a basic normative superstructure exits; the problem is one of judicial for justices, lawyers, and litigants.

The SCI has given a number of decisions in which it has emphasised the need for more and better digital infrastructure. Courts have taken a number of good steps for enhanced access to digital justice but greater coordination is needed across the judicial system. We’ve got the highest calibre of judicial personages, but an adequate infrastructure of ease of access in is yet in infancy. The incoming CJI has said that it will take some time doing the required things.

Recently, the prime minister of India unveiled plans for a first class state-of- the-art building plan for district judges in Seychelles. So, India is helping developing countries to set up judicial and material infrastructure as well. I’m glad this has received attention at the highest level. A beginning has been made and which I hope will be followed up by the government and the judiciary as a whole.

One issue which Justice Ramana has been associated with is women rights. Recently his comments on women’s rights and representation of women in judiciary made headlines. Even the Supreme Court has but only one female judge right now. So do you think some basic moves need to be put in place to rectify this problem? A petition has also been filed appealing that capable women advocates should be upgraded to High Court judges’ position. Even CJI Bobde has said that the time has come to have a woman CJI, so the issue of representation of women in judiciary is also on his plate…

Prof Baxi: That is true. Right now, affirmative action exists for sub categories, such as the Scheduled Castes, Scheduled Tribes, minorities and women. Some classes of minorities are defined and have found their place but others (like people living with disabilities, sexual minorities) are yet to be incited in the judiciary. These need to be looked at, but an omnibus system of reservation/quotas is not recommended. What is currently available is a de facto system of affirmative action based on the understanding that ability, merit and standing alongside with past and present patterns of discrimination should be taken into account in all appointments, executive, judiciary and legislative. We have to pursue that idea aggressively. We should have a stable policy in this regard, especially for affirmative action for previously excluded classes.

There are many constitutional matters which need to be heard urgently and resolved at the earliest. Article 370, Sabarimala and many such issues are on the backburner. These are also related to access to justice of which Justice Ramana is an avid advocate and as a head of NALSA he is quite concerned about…

Prof Baxi: Many decisions are pending. You have only mentioned only two! Sabarimala has been taken over by a nine-judge bench and is headed by the present chief justice who is to retire shortly. The bench has six issues for consideration, including the issue of constitutional secularism. The judgment might come shortly before the present CJI retires. Normally, a review bench considers such matters, and on the six issues of the Sabarimala case, we will have a judgment shortly with long-lasting impact on constitutional secularism.

Justice Ramana is also known for his interest in access to justice. He is also known for some very interesting decisions, among them was one in February this year on the Najeeb case and in which the Court said that there should not be endless investigation by the investigating agency and the prosecutor. Prosecution has become a synonym now for justice; the process is fast becoming the punishment. The CBI, NIA, Narcotics Bureau, ED tend to file voluminous charge sheets with a large number of witnesses and with a large number of forensic examination tests. After that, the person is incarcerated even as a suspect and accused. This happens even if the person is cooperating with the investigation. He/she is still held in endless custody. Justice Ramana has taken the view that endless interrogations and long delays are not permitted even in cases where the statute imposes self-imposed restriction as a matter of policy, on bail matters. He has his task cut out for undertrial rights, and for fair criminal trial.

Prof Baxi: Yes, there’s a lot of work to be done in this field. The Supreme Court has, of course, had a committee on digitising the judicial set up. I myself suggested it long time back to Chief Justice Chandrachud and Justice Bhagwati and set the ball rolling for digitalising the management of the courts. But now digitalisation and administration of justice have taken a new shape by the initiative of Justice Dhananjay Chandrachud. So, there is a lot of movement, and I’m sure it will be furthered by Justice Ramana in his tenure as CJI.

One critical area is that how the Supreme Court under the leadership of Justice Ramana is going to deal with the government in areas of appointment of judges and also on the functioning of the Collegium. The government and the judiciary don’t see eye to eye on this issue.

Prof Baxi: I think, the MoP, (the Memorandum of Procedure) is a bone of contention between the supreme judiciary and the executive. Recently, the Law Ministry has chosen to give a public rejoinder to the way the Collegium is functioning, and the way recommendation of judges for appointment is being handled by courts. In many cases, recommendations have not been made for vacancies existing for more than five years. This is happening when the date of judges’ retirement is known well in advance. The Supreme Court in a live hearing has told Attorney General to expedite appointments made by recommendations of the Collegium. A chart has been prepared by the Court which shows a large number of pendency of collegium recommendations. Perhaps, both sides are to be blamed for the situation. There should be more cooperation than collision between the Law Ministry and the executive on one side and the judiciary on the other side. Certainly it is important for both of them to tackle this issue in a spirit of cooperation, rather than that of confrontation. I think Justice Ramana as a senior judge in the collegium is very familiar with the roadblocks. So as chief justice of India he can rectify the situation more ably. As a citizen, I don’t know what is holding up timely appointments in High Court and Supreme Court. As a citizen, I don’t know how the elevations and transfers are processed. As a citizen, I have no means of knowing why when the date of retirement of a judge is known beforehand, a timely succession plan is not put in place. I hope Justice Ramana sets things in order.

Legal justice has also been very close to your heart and Justice Ramana has also mentioned that legal education should also be upgraded to keep it in tune with times. Since you’ve been associated with legal education, how do you see the path ahead?

Prof Baxi: We have done a lot of work since the 1970s on legal education. Justice Ramana has been closely associated with legal education as well. He has guided the National Law School of Delhi and the NALSAR earlier, for example. He knows the plus and minuses of legal education system. So, in this context, he is becoming CJI at a crucial time. It is a time when the Bar Council of India is claiming jurisdiction over masters of law degree and advanced research which earlier was with the UGC and UGC still exists. A case is pending in the court regarding the masters of law degree. But it seems to me that Justice Ramana can do a lot of good work for legal education in the position as the CJI. He can help in faculty development and with upgradation of law colleges. I’m sure that his leadership will be catalytic for us all.