Former Additional Solicitor General and Senior Advocate Neeraj Kishan Kaul is an example in his own right. He resigned four months after being elevated as a judge of the Delhi High Court to return to private practice. A graduate of Delhi University, he completed his Masters in Law from Cambridge University. 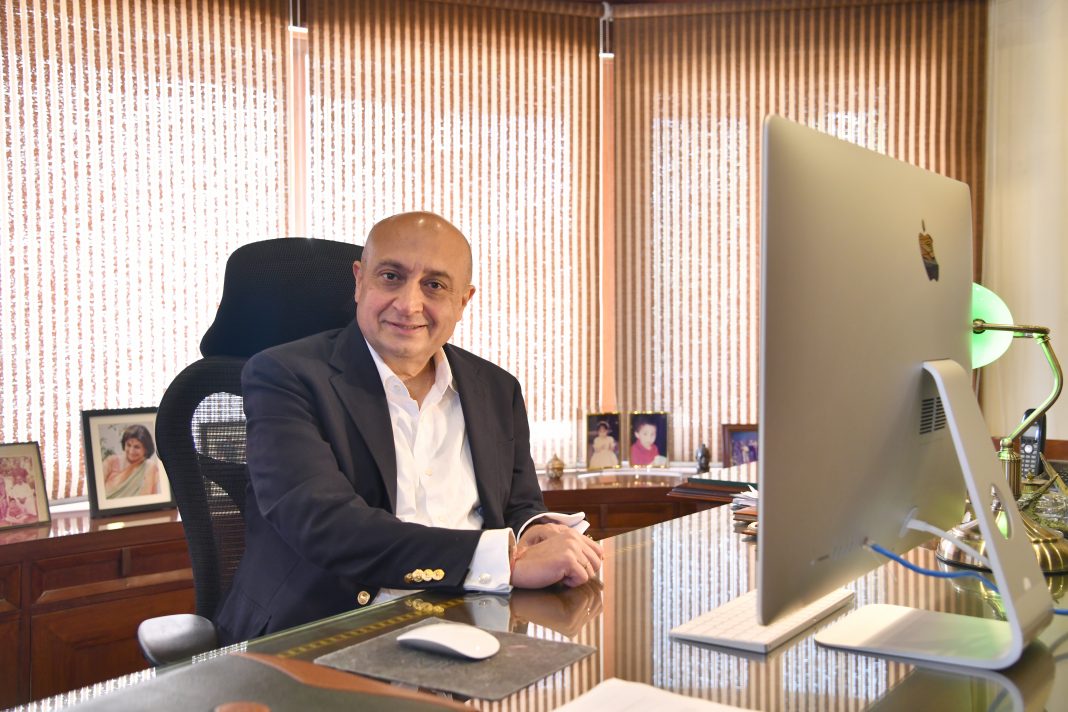 Former Additional Solicitor General and Senior Advocate Neeraj Kishan Kaul is an example in his own right. He resigned four months after being elevated as a judge of the Delhi High Court to return to private practice. A graduate of Delhi University, he completed his Masters in Law from Cambridge University. He was just 38 years old when he was designated a senior advocate, one of the youngest to achieve that post. In 2009, he was elevated as a judge of the Delhi High Court. In the popular Face-to-Face programme on APN News (the sister concern of India Legal), he and his wife Vatsala Kaul spoke to Shweta Rai. Excerpts:

Being in the legal profession for three decades now, how do you see the journey?

Neeraj Kishan Kaul: A career in law for young lawyers is a big challenge in the initial stage of the profession, both financially and mentally, with no certainty on how their career will unfold. They have many apprehensions about the future and the present. With all these doubts and uncertainties, generally, a young lawyer begins his/her career. I had similarly faced my share of challenges. However, the pursuit of the legal profession was a very enjoyable journey for me. As a lawyer, you fight for justice, truth and this gives a great feeling of satisfaction. God has been very kind to me and with the blessings of my parents, I overcame the challenges which every young lawyer faces and thoroughly enjoyed my journey in this profession.

Talking about your family background, your father was a prominent lawyer and your grandfather was also successful.

Neeraj Kishan Kaul: My father was first in the family to pursue law. Before that my family had been in the administration and served in the courts of kings of Kashmir, Patiala and Alwar. Before Partition, we had two residences, one in Lahore and the other in Srinagar. After Partition, the family shifted to Kashmir. Partition was a traumatic experience for my grandfather.

It is such a pity that the land so endorsed with beauty has suffered so much. Kashmiri Pandits as a community went through and are going through huge upheaval and pain. They have been displaced from their homeland and reduced to the state of refugees. Unfortunately, successive governments at the state and central level have not shown the concern towards them which was expected by the government in power.

You were a judge for a short time. What was the reason for quitting?

Neeraj Kishan Kaul: I had the privilege of being a judge in 2009, the post I resigned in four months’ time. A judge has the unique opportunity to change the lives of the people and make a difference for the better in society. However, I realised very early that I did not possess the temperament for the job. A person must enjoy what he does and I was not willing to spend the next 20 years of my life doing something that I didn’t enjoy. You can’t hold a constitutional post being unhappy with the job you are doing. How can you help someone when you yourself are unhappy? Hence, I decided to follow my conscience and return to the legal profession. You have one life and you must cherish and enjoy every moment of it.

Vatsala Kaul: On a lighter note, let me narrate that he basically likes to speak more and listen less.

As you said you have the experience of both the bar and bench. What are the challenges in this profession?

Neeraj Kishan Kaul: A lawyer plays a very important role in fighting for the rights of an individual and for the cause of justice. In a country like India, the State can act very arbitrarily and oppressively. There are also cases of environment degradation, deprivation of liberty, violation of dignity and many other such instances. Whether one fights for the protection of constitutional rights or arguing an interesting commercial or constitutional matter, it gives a great opportunity to contribute to the development of law.

Any case which you found challenging and interesting?

Neeraj Kishan Kaul: A lawyer in his career does all kinds of matters. The prominent and not so prominent ones. I have had the privilege of appearing in many prominent matters which drew the limelight like representing the CBI in the Ram Janmabhoomi case in the Supreme Court or arguing the constitutional validity of statutes relating to arbitration, insolvency and other fields of law.  There were many matters where I assisted the court as amicus curiae, for instance rehabilitation of orphan girls, free treatment in hospital for poor patients, banning of junk food in schools, etc. At the same time, one also fights many cases dealing with the valuable rights of ordinary citizens of the country. I remember the case in the Delhi High Court where the Court had rejected the bail of an individual at least twice before. He had been in preventive detention for two years. The party approached me after 2.5 years and the Court granted him bail after my arguments.

When I came out of the Court, his wife and sister held my hand and cried inconsolably. These moments in the life of a lawyer make the pursuit of the profession so fulfilling and satisfying. Depriving an individual of liberty without a just cause is the greatest violation of the most cherished values enshrined in the Constitution.

In the time of social media and OTT platforms and web series, content is unregulated. Should there be an authority to regulate this?

Neeraj Kishan Kaul: I firmly believe that State control and interference should be minimal when it comes to freedom of speech and thought. India has very strong institutions with deep democratic roots. There is a need for tolerance and acceptance of divergent views.

There may be instances where scandalising comments are made by journalists. The method to address the problem is to have the internal regulatory mechanism within the journalistic fraternity. There has also been the tendency to slap criminal cases against journalists which is a practice that needs to be discouraged.

Free speech and expression of thoughts are the bedrock of a democratic society. At the same time, a journalist should equally be aware of the responsibility he/she owns for fair and honest reporting.

Talking about the farmers’ agitation, anti-CAA protests and the right to dissent versus public inconvenience, what’s your take?

Neeraj Kishan Kaul: Right to protest is fundamental to democracy but equally important are the rights of citizens. The courts are increasingly leaning to balance the two rights. For instance, the right to protest doesn’t include damaging public property or blocking the movement of traffic on the roads.

You became a senior advocate at an early stage. What were the challenges that you faced?

Neeraj Kishan Kaul: As I have mentioned earlier, a young lawyer faces many challenges with the uncertainty of the present and future. But one thing is for sure that there is no substitute for honest hard work and any individual who follows that will manage to create that place for himself/herself. My advice to young lawyers is to work hard with a positive attitude but never compare yourself with others. The young lawyers must also have hobbies along with the legal profession.

How did the Covid-19 pandemic impact the way courts function, especially the technology and the virtual courts?

Neeraj Kishan Kaul: Covid-19 has severely impacted all professions, including the legal profession. The Indian legal system rose to the challenge and adopted and adapted to virtual hearings. This was of great benefit to both lawyers and litigants. Going forward, a hybrid system may be of immense use in days to come.

How did you meet your wife?

Neeraj Kishan Kaul: Our families were friends for three generations and we used to meet very often at family get-togethers.

Vatsala Kaul: It has been a journey of two partners. I quit my job after the twins were born. However, I have always enjoyed the journey of my husband as a lawyer and we continue to have many interesting arguments regarding the cases he argues.