Sabarimala: Kerala HC allows 5,000 pilgrims from December 20 but should have Covid-19 negative certificate 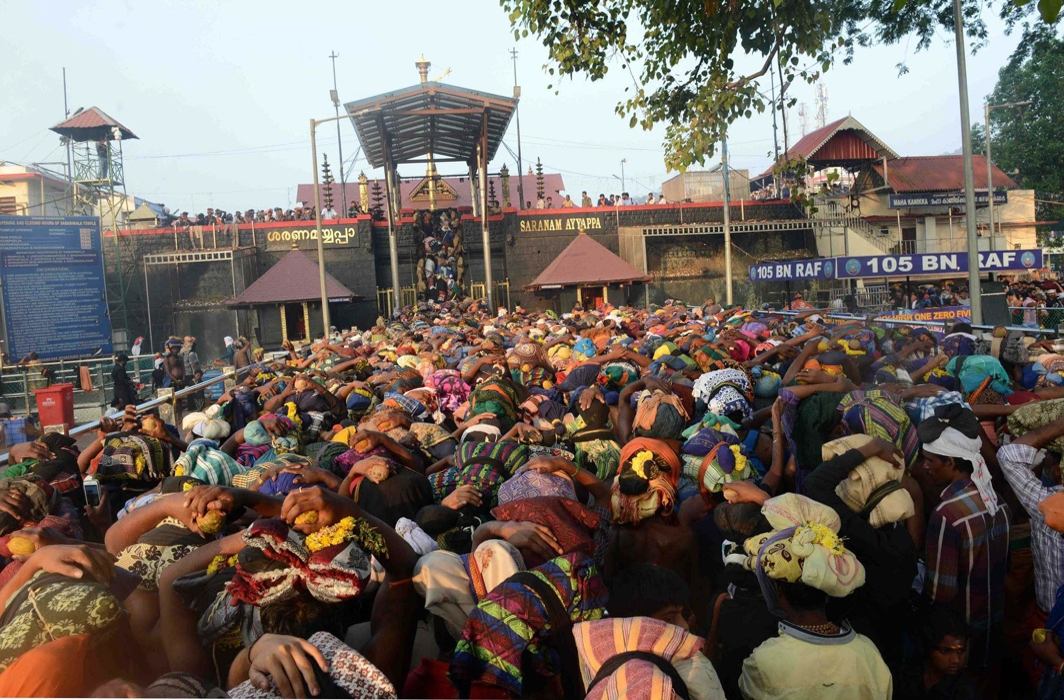 The Kerala High Court has decided to increase the number of pilgrims allowed in the Sabarimala Temple in Kerala to 5,000 effective December 20, 2020.

A division bench of Justices C.T. Ravikumar and K. Haripal heard the pleas filed challenging restrictions imposed on pilgrims at the Sabarimala Temple by the Travancore Devaswom Board (TDB) and the state government in the wake of Covid-19.

The High Court has mandated that pilgrims take an RTPCR test within 48 hours before reaching Nilakkal from NABL-accredited and ICMR-approved laboratories instead of antigen tests, and be allowed after getting a negative certificate.

A High-Level Committee was formed with the Kerala Chief Minister as the Chairman which decided on October 5 that 1,000 pilgrims will be allowed on weekdays and 2,000 pilgrims be allowed on weekends at Sabarimala temple, after registering themselves online and providing a negative Covid certificate. However, the High Court opined that the decision was taken without considering the opinion of the Travancore Devaswom Board.

The Court observed that the Revised Health Advisory for Sabarimala submitted by the Health Department has stated that there would be dynamic transmission in closed places with poor airflow, crowded places and places where there is a possibility of close face-to-face contact. When there is a restriction in regard to the number of pilgrims, there is no room for crowding in Sannidhanam. Therefore the number should be fixed taking into account all the relevant aspects to avert such a situation. Like the nature of the Sannidhanam and the surroundings, the space available in Sannidhanam and the surrounding places.