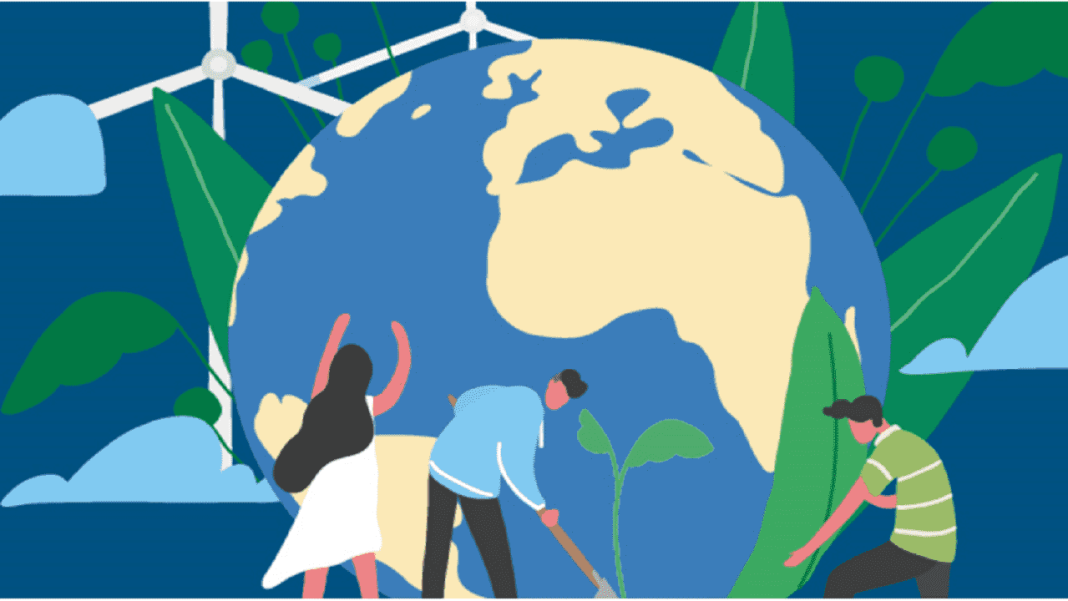 Corporate social responsibility (CSR) is a broad concept that can take many forms depending on the company and industry. Through CSR programs, philanthropy, and volunteer efforts, businesses can benefit society while boosting their brands. India is known for holding compassionate attitudes towards the environment and its inhabitants. Unfortunately, as time has passed, many in India have lost sight of what it means to be an ethical person and that’s why the Constitution has been amended through judicial intervention not only to protect the environment but to enforce greater empathy in society. It is because of this that corporate social responsibility is now an integral part of a business owner’s duties – protecting their employees from illness and providing them with a safe work environment are just some of the ways in which companies can promote better living conditions for their workers so as to not endanger other people who might depend on clean air or water in their own environments.

To achieve the constitutional objective of protecting environment, the concept of corporate social responsibility has been recognized in our legislative enactments. This paper introduces the concept of Corporate Social Responsibility and explains our constitutional commitment to protecting the environment. Legal decisions allow us to see how we can streamline defaulting institutions by awarding compensation for expected losses tied to an adverse affect on a company’s reputation if they don’t take corporate social responsibility seriously.

India is a welfare state. However, India has begun to adopt liberalization and globalization policies over the years. As you can probably imagine, this change has been met with some opposition from citizens of the country as many have seen changes in their standard of living due to them being unable to afford all of the necessities they once had before these new policies were enacted. Therefore, the concept of CSR was invented for businesses to contribute towards social welfare in India.

Vedanta blatantly neglected efforts to promote education in the Niyamgiri belt while proposing to displace the Dongria Kondhs from their homes and forests, then attempt to mine bauxite for aluminium despite their efforts to stop them. Under fire for their actions, Coca Cola shamelessly exploited the groundwater in Plachimada, Kerala for their products even as they advertised a program that would help those in the area.

As per Section 135 of the new Companies Act, 2013, Indian companies are now obligated to spend at least 2% of their net profits in “ CSR activities” every year. The reaction has been overwhelmingly positive and a majority of large firms have pledged their commitment to this new law. There is also a growing understanding regarding corporate social responsibility which encompasses environmentally friendly initiatives in addition to social welfare focuses.

The idea of corporate social responsibility is to take your commitment to social issues and management a step further. It’s not just about the bottom line and it involves things like putting your best employees in the right positions, making sure that your work benefits all members of a particular community, or that there’s an established pool of money dedicated to rewarding exactly these people when they expand or update their own processes. The triple bottom line approach is focused on maximizing profit and shareholder wealth while also contributing to the resolution of social problems because as much as successful corporations pay attention to making money, they must also consider how other members of society might be affected by this change, and whether or not it’s going to make things better for everyone who has a stake in the outcome.

It is the owners duty to make sure that all his or her workers and anyone who may come into contact with their facility are aware of any potential health hazards or risks involved in manufacturing, transportation, storage and disposal processes. Owners must make sure they have plans in place so that employees know what to do should an emergency ever arise at the workplace. It is important that a plan be put in place beforehand as to how this information is delivered to all parties such as nearby residents.

It is crucial for companies to understand the concept of corporate social responsibility, which has gained momentum in recent years. Although corporations and business leaders have traditionally focused intently on making money, positions taken by non-governmental organizations (NGOs) and legal decisions related to corporate interests are beginning to affect the attitudes of marketers and business leaders significantly.

From a policy angle, even if one forms an excellent CSR policy or development programme, implementation must address these three dimensions of sustainability – environmental, social and economic – often taken as the sustainable development triangle.

The term ‘climate change’ is being constantly discussed by environmentalists and lawmakers, as well as in popular culture. It is clear that manufacturing companies have realized the importance of taking part in activities that are focused on trying to reduce the dangerous environmental risks and threats posed to humans, animals, plants and the ecosystem. Many strides have been made in recent years that have led to the reduction of atmospheric pollution and water contamination; however, more needs to be done before we can say that we’re taking meaningful steps towards improving our world.

We have learned that it is in the interests of manufacturing companies to support efforts at curbing environmental risks and low-impact initiatives to preserve the planet and that it should be recognized by the business community at large in order to reduce unnecessary risks and cut back on expenses, such as those surrounding insurance coverage and compliance. By choosing to spur climate change mitigation activity, such organizations are also able to partake in publicity campaigns focused on greening strategic business models as part of a continuous effort aimed at ensuring minimal destruction of human life, animals, plants and natural resources which otherwise negatively affects the global economy.

There are several examples of green policies across the globe. For example, in Canada, mining corporations have adopted green policies to make the environment better for everyone (Hart, 2012). The Canadian Ministry of Environment and Climate Change developed these policies and has since employed sanctions on offending businesses. Some other examples include the C-300 Bill; operation, maintenance and surveillance manual; and effluent regulations.

Furthermore, the developed economies have developed advanced measures to assess whether a company is adhering to the most modern and progressive environmental reporting standards, as social and environmental indicators for measuring corporations’ green-compliance and responsiveness to pressing ecological issues (Hart, 2012). Especially in the United States, public thinking about corporate social responsibility has changed rapidly, with increasing numbers of environmentalists demanding firms to provide accurate information about their carbon emissions in accordance with the Carbon Disclosure Project (Stanny, 2008).

In the developing world, it is difficult to publish CSR reports through legislation. When legislation regarding the publishing of CSR reports was attempted in Nigeria, it was not passed. However, voluntary actions relating to declarations of carbon footprints amongst corporate entities is becoming more common nowadays.

The Indo-German Biodiversity Programme is a bilateral effort between India and Germany to foster sustainable natural resource management by involving both private business as well as not-for-profit civil society organisations. It was launched by Prime Minister Narendra Modi during his visit to Germany in June 2015, with 12 German companies committing themselves to the initiative which began an intensive period of consultation. Several major Indian Companies belonging to Confederation of Indian Industry (CII) have by now signed the IBBI declaration, thus making it clear that they consider their own business interests and growth as important determinants in their environmental responsibility.

Pressure groups, green activists, and corporations have the ability to set up a mutually beneficial agreement of following through with precautionary measures that will mitigate the threats posed by climate change.

In M.C. Mehta v Union of India , the Supreme Court tested the limits of Article 32’s power to issue directions and orders, ‘ which may be appropriate’ in ‘appropriate proceedings’ by interpreting the scope of absolute liability for harm caused by hazardous and inherently dangerous industries based on their interpretation of the term ‘appropriate proceedings’ as described in Article 32 under Part 32 titled ‘Special provisions relating to certain classes’ of the Constitution. Specifically per Section 3 titled as “Authority of Parliament to make new laws (for a certain class) and Sections 3(2) & 4 titled as “Power to issue directions, etc., to remove hardships (specifically related to a certain class)”.

A court case that addresses the fact that open spaces should not be replaced with residential complexes is T. Dhamodar Rao v Special Officer, Municipal Corporation of Hyderabad in Andhra Pradesh. The High Court referred to Article 51A (g) and 48A, and the protection of environment has been repeatedly mentioned as a duty of the state and citizens of India.

In Mohd Hazi Rafeeq v State of Uttaranchal, the Court referred to Article 48 A and 51 A (g) when considering the need for the state to prioritize environmental issues at all costs even if it meant going against a business owner’s interests.

In Rural Litigation Entitlement Kendra v State of UP in the Supreme Court, the letter written to the Court as a writ petition was accepted by it. It is termed by the courts as a first of its kind case involving issues relating to the environment and ecological balance. The court was moved on behalf of RLEK, Dehradun, a voluntary organization. It has been intimated that epistolary jurisdiction has been invoked in many other cases also where the matters involved are of vital importance.

Climate Change is a global issue that puts nations across the world in varying degrees of risk. Across Africa, Asia, North and South America and some parts of Europe (e.g. Germany has strict climate change laws), weather patterns are already changing, like poor air quality, rising sea levels, flooding due to high rainfall and storms. Let’s strive to reduce these effects by electing those who are in in line with reducing carbon emissions and creating a better future for all of us.

Saksham Jain is a second year student of law at The West Bengal National Law University of Juridical Sciences, Kolkata.