How does taxation of Digital Assets apply in India? 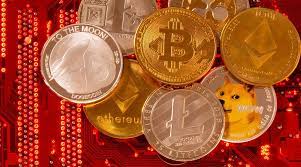 You might doubt one surprising reality, that is, India is the country with the highest number of cryptocurrency owners in the world. The NASSCOM, in collaboration with WazirX, created a report based on research describing the huge growth in the Crypto-Tech industry in India.

What does the research say?

According to the anticipation of the research, Indians will be investing around 241 million dollars in the Crypto market in the upcoming 10 years. Keeping in mind this prediction, RBI is making its plan to adopt a digital rupee. The best part of digital currency is that the selling and purchasing of the Digital rupee are open daily for 24 hours.

The budget 2022-2023 defined by the finance ministry of India was unclear whether a digital asset is a currency, security, or commodity. In a situation of uncertainty, the virtual digital asset should be acknowledged as capital assets when taxpayers purchased them for investment. According to the Income-tax, the capital asset in property belonging to a person, irrespective of the connection of that property with his profession.

Your property can be of any definition, and its scope hasn’t been limited under this section:

There are major three types of digital assets:

-Income from other Sources

Let’s see how the taxation rule of digital assets applies to different countries in the USA:

Taxation of Digital Assets in the USA

The annotation cryptocurrency looks like it is a currency, but isn’t true at all. Cryptocurrency is regarded as a property, and the tax depends on income tax brackets and short-term and long-term capital gains.

Here is the detail about taxes on digital assets in the USA:

How digital assets taxation worked in India- A chronological analysis

Bill passed by the Government of India for the official ban of cryptocurrency. The official digital currency bill act was presented to impose a complete ban on all activities involved in cryptocurrency including the sale, purchase, holding, and mining.

Banks and financial institutions were allowed to access to banking services involved in crypto assets transactions.

The finance bill proposed by the finance ministry with an amendment to the Income-tax act imposed taxes on digital assets.

The Government of India hasn’t offered any laws to govern, regulate or stop the transaction in Digital Assets. This is why an inference can be made which isn’t illegal digital assets or set up a cryptocurrency exchange in India. Well! It is not only India imposing taxes on digital currencies.

According to the Income-tax Act, this concept of tax on digital assets wasn’t legal, therefore the Government of India after bringing an amendment to the act has started levying tax on income from digital assets from April 1, 2022.