A Brilliant Judge, Like his Father: Former CJI MN Venkatachaliah on Justice Chandrachud

Chief Justice DY Chandrachud is helming the judiciary at a crucial juncture when many sensitive issues are up for hearing. Naturally, expectations are high. Chief Patron of India Legal and former Chief Justice of India (CJI) MN VENKATACHALIAH spoke about his challenges to SANJAY RAMAN SINHA. 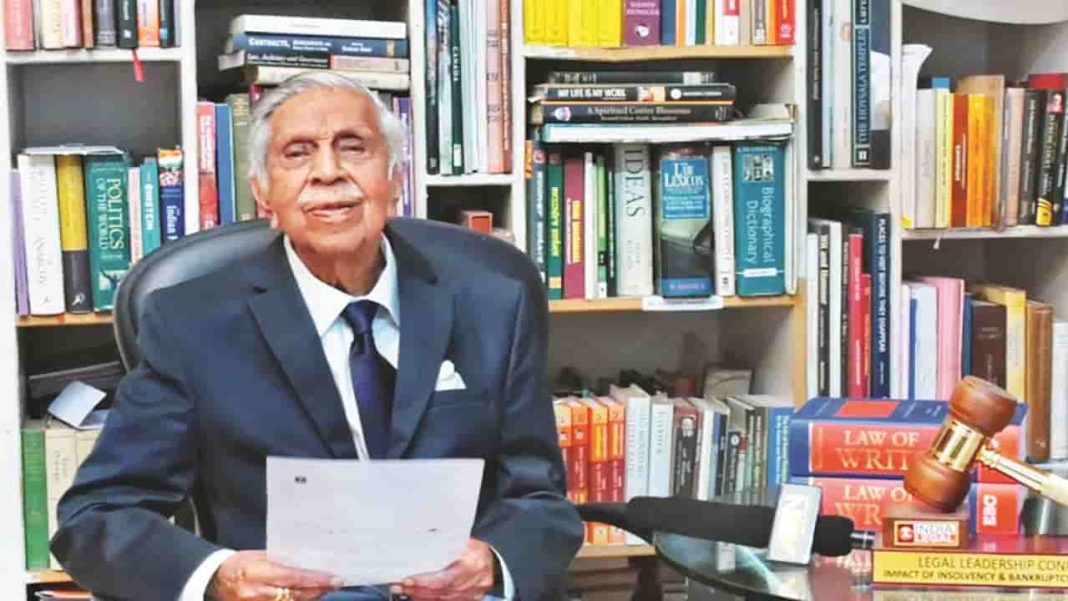 Sanjay Raman Sinha: Justice Chandrachud, the new CJI, will be in office for about two years. How do you see his appointment?

SRS: Justice Chandrachud has also inherited many problems. What will be his major challenges?

MNV: One is the near collapse of the trial system in the country. Someone had commented that the legal system is one generation behind the needs of the time. The courts are two generations behind and the judges, three. It has reached a point where society is dismayed by the judiciary’s inability to manage the system. That is a great challenge. The next is how to respond to the great changes occurring in the world of technology. It was once said that the law is a junior branch of economics. Now increasingly, it is being felt that economics is the junior branch of technology. How should we look at the impending changes that technology will impact on judicial and social institutions? And how we should be concerned that twilight shouldn’t suddenly merge into darkness.

SRS: Justice Chandrachud’s judgments have shown concern for life, liberty, privacy and other fundamental rights. As CJI, how will his concern percolate to High Courts and lower courts and make a difference to the common man?

MNV: The most important element in enforcement of law is the willingness to obey the law and courts. That element is the most important factor in creating a culture of adequate legal system. The declaration of rights will be on paper; implementation will be on the ground. How to prepare the people in accepting the culture of obedience will be decided by courts in their interpretation of fundamental rights. That is the most important thing. A great American judge commented that the largest, single factor in maintaining the spirit of democracy is the willingness of the people to obey the law and courts. This is the biggest challenge which any chief justice will face from time to time.

SRS: Justice Chandrachud is often compared and contrasted with his father, late Justice YV Chandrachud. How different and similar are the two personalities—personally and professionally?

MNV: They are similar in their brilliance of minds as judges. Senior Chandrachud was a brilliant judge. His felicity of expression was the enemy of every judge and the son has inherited it in great measure. Junior Chandrachud is equally familiar with the fundamental principles of law. Both of them are regarded as intellectual pillars of the Indian judiciary. In terms of contrasts, I see none. Some of the judgments which the son has overturned of his father are mere accidents of history. It is the negligence of history that created situations in which some judgments came up for review. However, that doesn’t mean that law is constant. The ADM Jabalpur case, which the son had privilege of reviewing, was an elaboration of history.

SRS: Justice Chandrachud is known for his progressive stand on issues, be it homosexuality or adultery. He has advocated feminist causes and asked for gender equality. What does this mean for the judiciary and the common man? What more can he do in this regard?

MNV: It is a difficult question. The question itself implies a possible dichotomy of views between society and judicial thinking. It is a process of education of people in the core values of constitutionalism. Fear of conscience and freedom of faith, freedom of personal conduct, where it doesn’t conflict with societal interest. These are the matters which society must resolve from time to time. The explanation of judges can be some kind of a lamp post or milestone along which society is progressing. It is not for judges to impose their views against society’s preferences. These are educative impulses which the court interpreting the Constitution can provide to society and say what is good for it and mankind.

MNV: One thing any judge should keep in mind is that the shortest distance between two points is a straight line. If you are thinking in a straight line with what you believe to be true, then no matter what kind of relationship you have with the executive—sometimes the executive can be unreasonable; sometimes the reasonableness of the executive is much more than the reasonableness of the court—it should work out. These are checks and balances in the Constitution. The only thing is that whatever the constitutional philosophy insists, you implement without fear or favour. This is the constitutional mandate for a judge. I see no area of conflict in the discharge of judicial duties because you are obeying the Constitution. If the judge follows his conscience and the constitutional mandate, there will be no conflict.