In a fresh move, land-strapped DDA has urged compensatory afforestation on degraded land in neighbouring states. But this is easier said than done as MP has already said this would not be possible. 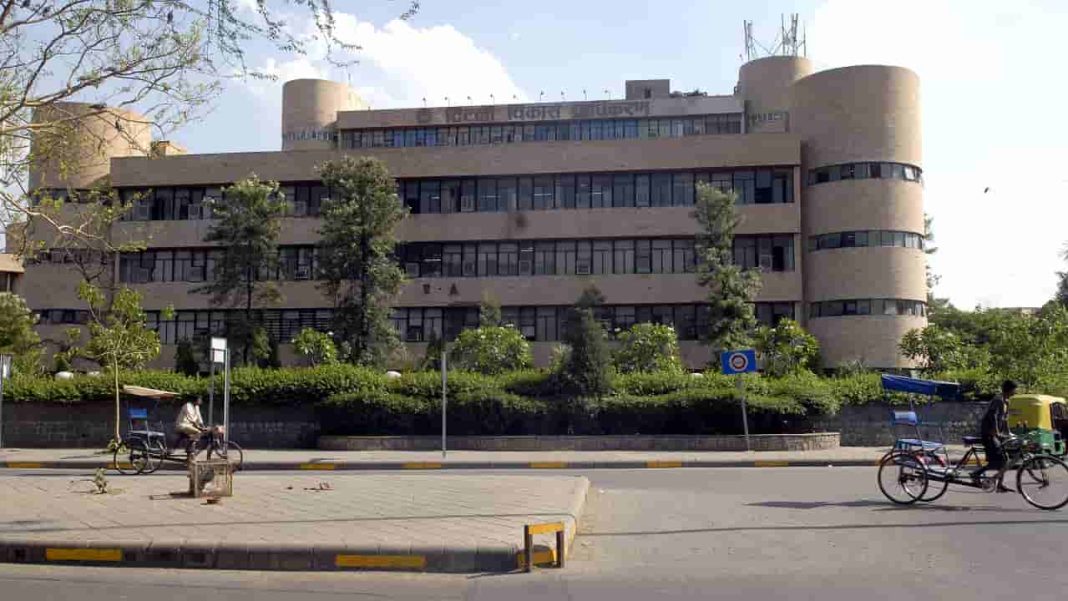 Delhi Development Authority (DDA) has requested that compensatory afforestation for projects of the Union government or public sector units that entail tree felling in Delhi be done in neighbouring states.

The Forest Advisory Committee (FAC) of the Ministry of Environment, Forest and Climate Change (MoEFCC) decided in a meeting held recently that the call will be taken on a “case to case basis”. According to the meeting, in a March 30 letter to the ministry, DDA vice-chairman Manish Gupta had requested it to relax the guidelines issued under the Forest Conservation Act (1980) and to allow compensatory afforestation (CA) on degraded forest land in neighbouring states.

DDA is facing a shortage of land for carrying out compensatory afforestation and has termed it a “crisis” that will adversely affect upcoming development projects in the Capital. It raised this issue twice since last year—in May 2021 and March this year—in letters sent to the Ministry. Besides construction projects, DDA land development also includes providing a lush green belt and forest area for a clean and healthy environment by developing regional, neighbourhood and district parks, play fields and sports complexes.

According to the Forest Conservation Act 1980, compensatory afforestation has to be carried out for any diversion of forest land, or deemed forest land, for non-forest purposes. Agencies carrying out development works are required to compensate for the loss of “land by land” and loss of “trees by trees”.

This issue was, however, thwarted by the Madhya Pradesh CM who said that it would not be possible for the state to allow compensatory afforestation of other states or UTs. According to the India State of Forest Report 2021, Madhya Pradesh has a forest cover of 25.14% of its geographical area, while Delhi’s forest cover is 13.15%. This is less than the 33% mandated by the rules to be able to undertake compensatory afforestation in another state or UT.

The minutes of the Committee’s meeting noted that as per the Forest (Conservation) Rules, 2022, a state or UT having a forest cover more than 33% of its geographical area can undertake compensatory afforestation in another state or UT having a forest cover less than 20%. The meeting said that since a similar situation of high “urbanisation level” and forest cover less than 33% also exists in other UTs like Chandigarh, Daman and Diu and Puducherry, “such UTs may also request that they be allowed to raise CA in other States and UTs”.

The Committee recommended that in cases where raising of CA is not possible in the same state/UT due to scarcity of land or other valid reasons, the ministry may, on a case to case basis, allow raising it in other states/UTs in public interest. The ministry may issue a clarification in this regard.

A source in the MoEFCC reportedly said that states which have 33% of forest and which don’t have non-forest land for plantation can opt for CA in other states. There’s another rider that they should take up CA in those states where forest cover is less than 20%. The Committee received representation from two types of states, one like Delhi with the population and design of National Capital Territory, and one from Madhya Pradesh, which won’t qualify to take plantations from other states.

The Forest (Conservation) Act, 1980, was amended in 1988. Section 2 of the Act is about restriction on a state government for dereservation of forests or use of forest land for non-forest purposes. It prohibits the state government, except with prior permission from the central government, for issuing orders directing:

(i) that any reserved forest or any portion thereof, shall cease to be reserved

(iii) that any forest land or any portion thereof may be assigned by way of lease or otherwise to any private person or to any authority, corporation, agency or any other organisation not owned, managed or controlled by the government

(iv) that any forest land or any portion thereof may be cleared of trees which have grown naturally in that land or portion, for the purpose of using it for reafforestation.

“Non-forest purpose” means the breaking up or clearing of any forest land or portion thereof for:

(b) any purpose other than reafforestation, but does not include any work relating or ancillary to conservation, development and management of forests and wildlife, namely, the establishment of check-posts, fire lines, wireless communications and construction of fencing, bridges and culverts, dams, waterholes, trench marks, boundary marks, pipelines or other like purposes.