A notice issued by a Pune district court on October 20 asking women advocates not to “arrange” hair in the open court led to a social media uproar. The notice said that women arranging their hair disturbs the court 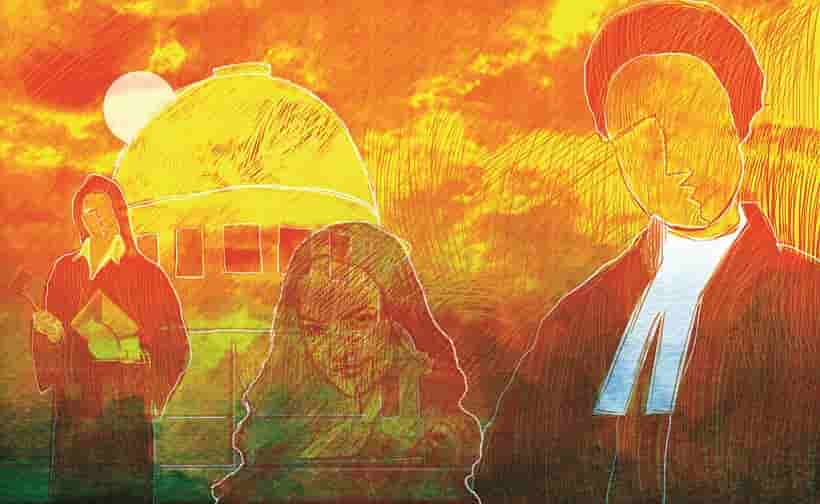 Even though we have all grown up hearing phrases like clothes do not make a man and beauty is but skin deep, the impact a person’s etiquette, grooming and outward appearance has on the impression he makes on the rest of the world cannot be overlooked or underestimated. This fact is especially true for courtroom advocates and attendees. Many etiquette mistakes involving mannerisms, tone, style of talking, dressing, presentation and behaviour have invited the wrath of the judges over the years. In fact, such is the power of proper behaviour and mannerism that good manners and proper courtroom etiquette may also go a long way in creating a favourable disposition of the judge in an advocate’s case.

In a recent turn of events, a “notice” asking women advocates to not “arrange” their hair in court has led to a social media uproar. The notice was issued by a Pune district court on October 20 and it said that the women arranging their hair disturbs the court. The notice was shared by Senior Advocate Indira Jaising on Twitter with the comment: “Wow now look! Who is distracted by women advocates and why!” While most comments on social media called the order “absurd”, journalist Ranjona Banerji went as far as saying: “the extent of Patriarchy Is just ridiculous!”

Some even feared that if the hair arranging is being banned today, the future is not far where the female advocates will be asked to wear a ghunghat (veil) inside the court in order to prevent the court from being distracted! There were also those who accused the courts and said that the judiciary had no business dictating such rules. Even though the notice was revoked after the backlash, the intent behind the notice needs to be discussed.

Time and again, the High Courts of various states have bemoaned the fact that slackness in attire was affecting judicial decorum and undermining the majesty of the law. It has been reiterated that government officials appearing before the court must be dressed in formal clothing or in appropriate attire and warnings have also been issued against dressing in an indiscreet manner. The advocates have also borne the brunt of the judiciary’s censure multiple times wherein they have been castigated for expressions of “out of the ordinary” individualism, such as outlandish hairstyles, dishevelled facial hair, eccentric make-up, bizarre piercings and exposed tattoos all of which are not appreciated within the conservative setting of the court. Put simply, appropriate grooming and behaviour not only makes you look and feel the part, it also puts those around you at peace.

Court proceedings are formal occasions wherein an advocate is supposed to hold him/herself out as an organised, prepared professional rather than a dishevelled human who did not even have the time to comb his/her hair. Worst still is a scenario where one starts arranging his/her hair in the court itself! Short of the obvious pitfalls, such an act would entail—one, wherein hair strands might land on the judge’s desk itself, the act is a highly personal one and should hence be done within the confines of a bar lounge dressing room or a rest room.

If the code of conduct was not taken so seriously, then arranging the hair would lead to arranging the dress within the courtroom and imagine where that would take us! During the virtual hearings that were conducted in Covid times, there had been various cases wherein the advocates were reprimanded due to the state of their dress or rather undress. One famous one being where an advocate had appeared before the court clad only in his vest.

The code of conduct to be followed inside the courtroom needs to be strict, else the courtrooms would lose their majesty. Activities like chewing gum, lollies (even cough lozenges or mints), medication, food, beverages, etc., are prohibited and a proper protocol is followed in order to maintain the sanctity of the courts. Most of the judges in the courts of records like the High Courts or the Supreme Court due to their age suffer from ailments that require regular food breaks and medication. Despite being a judge, they do not bend the rules and consume their medication while sitting at the bench, but rather take a five-minute break during which they do the needful. Consuming medication or for that matter anything while inside the courtroom will not only break the decorum, but will also lead to a rather informal atmosphere which will not bode well for the temples of justice.

The proper administration of justice depends on the advocates working cooperatively and with proper decorum in the presentation of a case. This includes one’s conduct even when his matter is not being heard. Creating a commotion by talking loudly, joking, sniggering, laughing or gesticulating inside the courtroom or fidgeting with one’s clothes or bags, etc., creates distraction for the judges who have been sitting for long hours, patiently hearing cases with different facts and issues non-stop, one after the other and hence are entitled to all the attention that they can get from their audience. The judge who is the main focal point, not only represents the ultimate authority in the court, but also the law hence it is imperative that one rises immediately when the judge enters and leaves the courtroom and makes it a point to not be seated until the judge himself sits down.

It takes a quick glance of two maybe three seconds for any judge to evaluate a lawyer, and in this short time, the judge may form an initial opinion about him based on his appearance, body language, demeanour, dress and mannerism. These first impressions can be nearly impossible to reverse or undo, making the first moments of a court hearing extremely important as it is these moments that set the tone for all the hearings that follow.

It was a well-known joke that virtual hearings allowed people to dress down as long as it was not visible on screen and this led to several instances wherein lawyers were being pulled up by the judges for not being in proper uniform. In one of the virtual hearings, due to the i-pad falling off, a senior advocate who was till then sitting prim and properly attired in his shirt and band on screen was in fact shown to be wearing a pair of bright red shorts while addressing the court!

The US Supreme Court was in fact, forced to pass a judgment on appropriate attire for court appearances after a litigation was filed claiming absolute freedom to “wear anything” in court. The Court in the said judgment had held that “freedom is not absolute and guidelines can be laid down for clothing for the sake of institutional integrity.”

There were also other ridiculous instances wherein lawyers were seen puffing a hookah or even lounging on the bed during virtual hearings conducted via video conferencing. This is also due to the fact that lawyers often sign-in on the application several minutes before the hearing is scheduled to start as they have to check and ensure that their audio connection is active. However, some who are not accustomed to the process of video conferencing end up doing other things and they completely forget that they might be visible/audible to all those who are online.

One of the most hilarious instances was where a lady lawyer was added to video conferencing proceedings with a face pack on; she was heard instructing her maid to get the supplies to remove the pack, as she had been informed that her case would come up in 5 minutes. A rather amused bench allowed a delay of the hearing to give the flustered lawyer time to be ready.

While some of these infractions might be funny, there are some others that have far reaching implications. A Madras High Court lawyer was suspended by the Tamil Nadu Bar Council and also had contempt of court proceedings initiated against him by the High Court after taking the term “physical” hearing to a whole new level. He was caught on camera canoodling with a woman while court proceedings were in progress. Then there have also been those daredevils who tried to appear online while driving a car and even a scooter!

“It was indeed shocking that the learned counsel for the applicant while sitting in a car, wants to address the Court on the merits of the case,” one of the judges had observed while admonishing an advocate.

The Orissa High Court had its share of such experiences which were recounted in an order passed in September 2020. Lawyers eating on camera, arguing from gardens and moving cars and the wife of a lawyer appearing in a video conference along with the lawyer, were some such instances cited by the Court.

Another incident was the one wherein a fan of Juhi Chawla managed to access the virtual hearing in the case filed by the actress challenging the rollout of 5G technology and started singing hit songs from her movies during the court hearing! The judge who was hearing the case reprimanded the fan, but when the singing persisted, a contempt of court notice was issued against him and the Delhi Police was asked to trace the person concerned.

All said and done, it is imperative that all conduct that is questionable needs to be nipped in the bud. It has after all been rightly said that “Etiquette means behaving yourself a little better than is absolutely necessary!” And if putting a little extra effort will make the Indian courts function in a better manner then so be it!

—The author is an Advocate-on-Record practising in the Supreme Court of India, Delhi High Court and all District Courts and Tribunals in Delhi