Decolonising the Language of Law

The predominance of English as legal language disempowers the masses as there is a gap between folk and official language. It only enables the elite to expropriate the business of law. This is antithetical to the spirit of democracy. 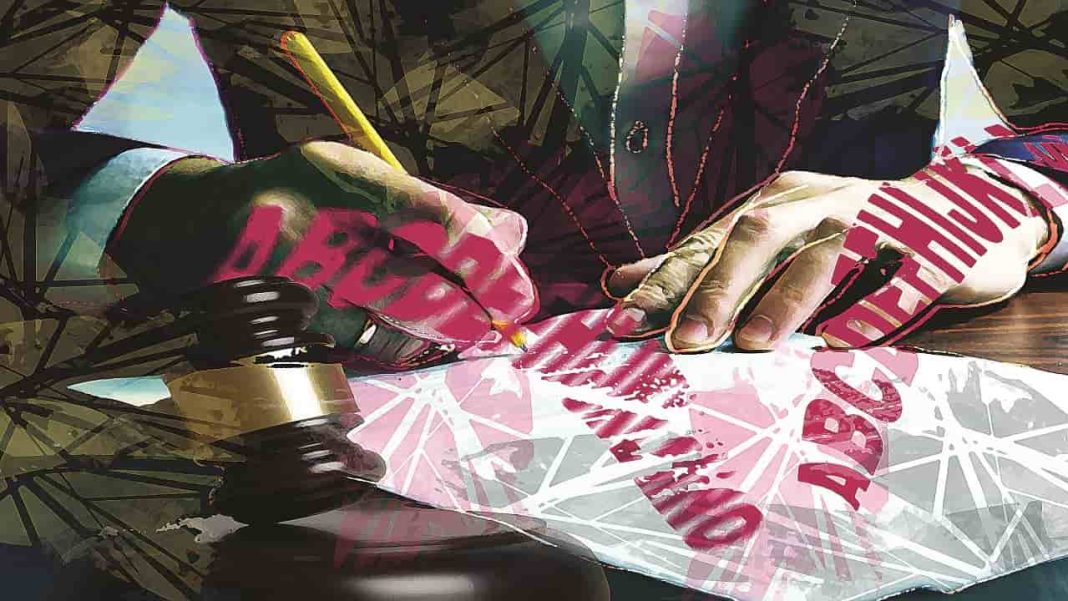 A recent statement of Union Law Minister Kiren Rijiju has raised the question of access to law in India. English as the medium of law is unintelligible to the masses. The reason may be attributed to the gap between folk and official language.

One of the most daunting challenges that the justice administration in India faces today is the alienation between law and its people. One reason for this is the language of law, which has not attracted enough attention in post-colonial India. However, Rijiju’s question may be answered in the context of Indian legal history. This can be divided into three parts: pre-colonial, colonial, and post-colonial periods.

In pre-colonial India, multiple institutions existed for the maintenance of law and order. All of them, including the King, were responsible for upholding dharma. The legal administration was guided by precepts, norms and rules found in the fourfold sources of law—Sruti (revelation), Smriti (tradition), Sadācāra (good custom) and Atma-Santushti (self-satisfaction).

Apart from these, custom was the chief source of law, practiced in the community life of cities and villages. Out of the fourfold sources of law, except the Vedas, none of the others was exterior to the human being. Three social sources, following the divine source, were ordained to be used in place of the Vedas, and testify that law had primarily social descent. Law and justice administration were largely autonomous in character. Social life organised through customary laws had historically a continuity until the displacement of law in the modern period.

Pre-modern legal systems did not allow a chasm between law and its subject. The royal administration was subservient to the customs practiced by communities. Therefore, the law was free from semantical complexities. Dharmasutras and Dharmasastras were, though, interpreted by a class of priests. However, most of the sources of law were immune from the priestly privilege of interpretation.  In case of conflict of interpretation between Sruti and Smriti, Sadācāra and atma-santushti were preferred over Sastric interpretation. It was similar to the Roman and English jurisprudence evolved through justice, equity and good conscience.

The Romans developed a systematic jurisprudence through codification of law, whose precepts were developed by Juris consults and the edicts of the praetors. The lawyer class emerged there and was trained in oratory skill, which proved to be useful in persuading the jury. Starting with the Twelve Tables to Justinian Code, Romans developed the art of codification, which inspired jurists like Bentham and Austin to develop the positive character of law.

The Hindu jurisprudential tradition was developed by Brahmins in the form of Sastric laws and customary laws evolved in folk traditions. Both streams remained free from royal interference. On the contrary, Roman jurisprudence was nurtured by royal power, whose professionalised outlook has been mimicked all over the world in the modern period.

Religion has always been a source of meaning since antiquity. In Greece, Plato expounded the theory of two worlds, which was imitated by Abrahamic religions. With the depletion of traditional authority and the emergence of a rational-legal one, a new class of bureaucracy emerged in early modern Europe. Their primary business was to play with the rules. Lawyers, like efficient bureaucrats, monopolised the creation and interpretation of law, and its spirit was divorced from worldliness.

The death of a language brings to an end a particular way of life. And the demise of legal language rooted in demos alienated the masses from law. The technicality of legal language and its gap with local languages was used by lawyers for their professional interests. Such alienation happened when the British imposed the Common Law over Indians.

Customary laws were diverse and pluralistic and hence, proved to be obstacles for the British to control India. In the initial period, they established official courts and relied on the interpretation of Brahmins and Maulvis in such courts for the development of a uniform law. They imported the common law legal principles under the shadow of justice, equity and good conscience and mixed them with the interpretation supplied by Indian priests. In the second phase, the British codified various laws in India and left personal laws untouched. Customary laws were tested at the touchstone of reasonableness, legality and public policy and many were either declared illegal or absorbed in hybrid forms.

India aspired to become a democratic-republic nation-state, though its dependence on colonial institutions, cultures and laws is puzzling. Particularly, its dependence on English as a means of official and legal communication dislocated social and official communication. The Constitution of India enunciated English as the official language for 15 years with the condition that the official language of the Union would be Hindi as expressed in Article 343. Article 348 proclaimed that all proceedings conducted in the Supreme Court, High Courts and all authoritative texts shall be in English. The over-importance given to English may be understood in the context of its immediate colonial past. Mahatma Gandhi grasped the effects of cultural colonisation of India and opposed it in many of his writings, including Hind Swaraj.

English as the medium of law is unintelligible to the masses even in contemporary times. The reason may be attributed to the gap between folk and official language. Folk traditions grow indigenous languages. Legal education in India does not assimilate indigenous languages and legal values; rather it fulfills the demands of the legal profession. Certainly, the technical obscurity of law has proved to be beneficial for the legal profession, but it has alienated citizens, who are supposed to participate in the communicative spirit of democracy.

Language is a medium of communication and socio-political relationships. Legal language expresses the foundational norm of society as well as creates and limits power. The predominance of English as the legal language for the administration of justice disempowers the masses to participate in the governance and adjudicatory process. Conversely, it enables a handful of people to expropriate the business of law. Strangely, the practice of monopolisation of law is justified under the baseless belief that modern Indian law and justice administration cannot be divorced from the English language. One needs only to appreciate ancient Roman law and Latin language and the diverse kinds of laws in modern European countries and the intimate connections to their modern languages.

The mystical clouds over law are antithetical to the spirit of democracy. Alienated legal language disempowers Indian citizens and diminishes their human agency. Such communicative disempowerment may be conceptualised as “Demos-dementia”.

Law has creative potential, often ignored by lawyers. Law creates social institutions, determines their functions and limitations and creates legitimate expectations. Lack of communication dismantles the framework of expectations. No fair commerce or exchange, in that case, is possible, if the language of law is accessible only by a handful of elite.

In post-colonial India, no serious attention was ever paid to resolving the tensions between high-spirited ideals of technical law and routinised social life with its idiosyncratic meaning and value. The chasm between “what is” and “what ought to be” has so widened that the formal legal system and ordinary social life are moving on their polarity without any possibility of convergence. Decolonising law has proved to be rhetoric, and is often used to arouse the sentiments of revivalism. Reasoned debate is missing from discourse. Cultural subjugation has produced many anglicised elites, who find the British legal system a great gift for Indians, whose potentialities have not been actualised yet.

Adjudicatory politics in India has witnessed multiple movements for access to justice. Pro-bono lawyering is one such initiative launched  by the Ministry of Law and Justice. However, it is failing in its objectives due to unawareness among officials, lawyers and masses. India should develop its legal capability approach instead of legal aid approach to enhance public participation in justice administration.

Legal capability may be understood as the ability to grasp law and practice it to generate peace, harmony and happiness in society. Making law accessible is the first step, which must be taken at the primary level of education so that the child can develop the capacity to grasp the values of law at an impressionable age. Law may be internalised easily in such age, otherwise its effectiveness will be dependent on force and coercion.

The purpose of law is to bring maximum satisfaction to society, as suggested by Roscoe Pound, as well as to maintain law and order. However, the litigation culture in India is thriving at the cost of perpetuating dissatisfaction among the parties. Lawyers generally misuse legal language for their own sustenance and this culture prolongs litigation in the form of appeal, review and revision. This culture is growing infinitely, so much so that even the death of parties is not able to bring a closure.