All Good With Note Ban

A 4:1 Constitution Bench verdict absolved the Narendra Modi government of rushing in with demonetisation, but the dissenting verdict notes the RBI did the government’s bidding without applying its mind. 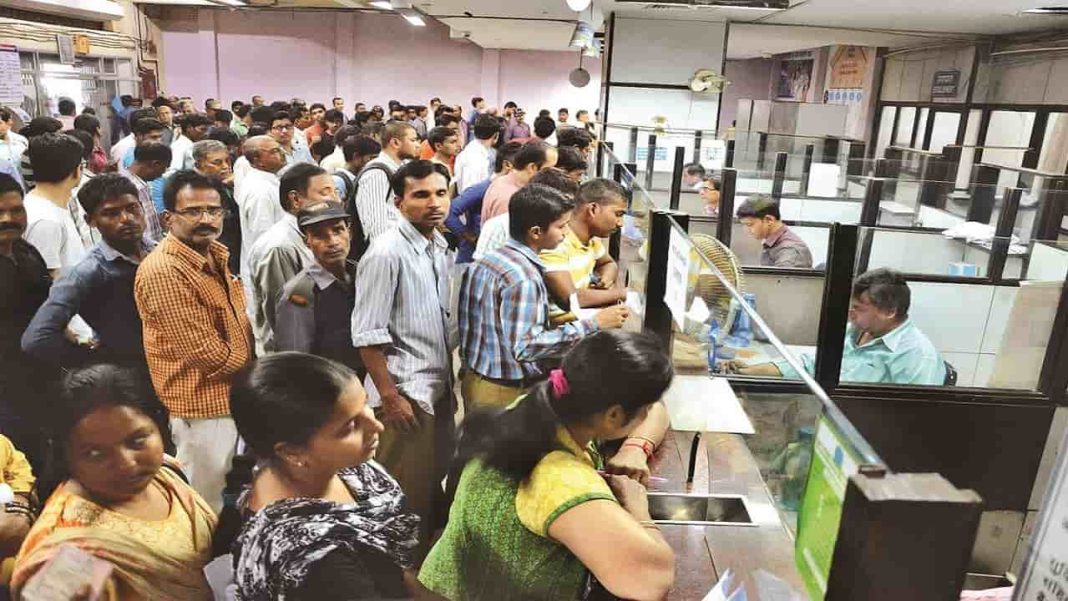 A five-judge Constitution bench of the Supreme Court recently held that the decision to demonetise Rs 500 and Rs 1,000 notes announced on November 8, 2016, by Prime Minister Narendra Modi was not flawed. The bench, led by Justice S Abdul Nazeer, comprised Justices BR Gavai, AS Bopanna, V Ramasubramanian and BV Nagarathna. The 4:1 verdict was near unanimous that the Executive’s decision was fine and hunky dory, the lone dissenting judge, Justice BV Nagarathna, noted the origin of the initiative rose from the Executive and not from the Reserve Bank of India, the domain specialist and arbiter of all things to do with currency notes. Justice Gavai, who authored the majority verdict, noted that demonetisation satisfied the test of proportionality and therefore did not suffer from any flaw in the decision-making process. Dismissing the batch of 58 petitions, Justice Gavai continued that the notification to demonetise the aforesaid currency notes is not liable to be set aside in the face of hardship to individual citizens. Individual interests must yield to the larger public interest sought to be achieved, the order reads.

Justice Nagarathna underlined that the Reserve Bank of India Act doesn’t provide for the government to initiate the demonetisation of currency notes. The Act’s subsection 2 of Section 26 notes that such a measure should be at the instance of the RBI’s Central Board.

Exactly 1,232 days after November 8, 2016, the population’s drill of waiting outside ATMs and banks to get new notes or to exchange their old notes for the new Rs 500 and the Rs 2,000 came in handy when the first Covid lockdown was imposed, again by an 8pm announcement, again by PM Modi. The practice of patience allowed people to stay home and limit the spread of the virus. The digital apps, which thrived after the old notes were crumpled as waste for kindling bonfires, helped one pay without contact, you see, thus presenting the nefarious virus a hurdle while one shopped for groceries. The country stood again in queues marked out this time in socially distanced, do-gaj-doori circles, gloved, masked, the railings of stairways polished smooth with disinfectant. This was possibly demonetisation’s only silver lining.

Paragraph 257 in the SC judgment ends with “every noble cause claims its martyr”. On Twitter, lawyer Gautam Bhatia confessed that he was gobsmacked by the line. Looks like the mighty imperative of National Security, the blanket reason for stifling all query, has found its twin, lost long ago at a Kumbh Mela. Some 100 people died in the demonetisation queues, martyrs to a decision that remained shrouded in secrecy despite the Supreme Court verdict making it plain and clear and public that consultation over demonetisation had been on for almost six months before the November 8 notification.

On behalf of the petitioners, Senior Advocate and Congress leader P Chidambaram had argued that the entire process was rushed and flawed. The majority judgment dismissed this. Justice Nagarathna, however, seized the bull by its horns and said in clear terms that the RBI Central Board had barely 24 hours to consider the proposal to demonetise 86% of the currency in circulation—remember, this was about not just a single series, but the whole lot. She further noted that the entire process was bad in law, however noble its intentions were. Citing official records, Justice Nagarathna observed that the RBI Central Board undertook the whole exercise based upon mere assurances of the government that it would reduce bank notes in circulation and allowed the switch over to the desired aim of digitising the Indian economy. The dissenting judge further noted that the RBI moved on the initiative of the government rather than the other way around, as mandated by the RBI Act.

The judge noted the route to initiate demonetisation could have been through Parliament or by enacting an ordinance if maintaining secrecy was the imperative. Rapping the RBI Central Board for not meaningfully applying its mind, Justice Nagarathna said withdrawing such a large percentage of the cash in circulation left people in a severe financial crunch and resulted in socio-economic despair. It should be added that demonetisation and the Goods and Service Tax regime which came into being some seven months later flung the Indian economy a few furlongs back on its avowed journey to liberalization, undertaken since 1991.

The unfortunate people who died in queues had no respite from the gnawing and total fear that their cash savings of notes hidden behind kitchen sinks and in other home crannies were now no longer legal tender. Crowd behaviour before the Covid outbreak was atrocious, rife with line jumping, pushing, shoving and sneezing into other people’s faces without care. The chaos is all right in the course of the average day, but the deaths?

Reports said an elderly woman in Kerala committed suicide when she realised her stash of notes had been reduced to waste paper because she had missed the deadline to exchange them. There was a 52-day window for this, the judgment noted, underlining how the demonetisation of 2016 was better than the one in 1978, when a similar exercise was given just 5 days. It is another matter that in 1978 the population was some 67 crore (yes, it was!) and the notes scrapped then were the high-value ones of Rs 1,000, Rs 5,000 and Rs 10,000. The estimated population in 2016 was 132.45 crore. The 1978 demonetisation was an attempt to get rid of black money by eliminating high-value currency through an Act of Parliament.The same reason was cited again in 2016, but didn’t have Parliament’s backing at that instant.

The claims of getting black money back into the monetary system died a quick death in 2016 when it was found that nearly the entire amount demonetised, the very same 86% of the currency then in circulation, returned to the system. Some planning it must have taken, there were conspiracy theories too. That earlier RBI Governor Raghuram Rajan quit due to the impending disaster that would inevitably befall India’s economy when the informal sector, which only lived on cash, was wiped out. That the bank’s then Deputy Governor Urjit Patel, later the Governor when demonetisation was effected, had signed the new notes long before demo, earlier in 2016. That there were microchips in the Rs 2,000 notes to alert the RBI to the black money that depraved individuals and terrorists had hoarded. The last claim, shot in a TV channel office, still remains vivid in recent cultural memory as a meme that will never be forgotten, even by an Indian version of Rip Van Winkle.

The RBI’s autonomy has been the subject of debate, but the dissenting judgment leaves no room for doubt that the word “autonomy” remains on paper. The bending of the country’s central bank and its mandarins to the State’s wishes was again visible when the RBI paid out a dividend of Rs 1.06 lakh crore in 2016-17 and 2017-18, the years when both demonetisation and GST had hit the economy in the gut.

The dissenting judge noted in the judgment that even if the process undertaken was bad in law and had greater intentions behind it, demonetisation cannot be reversed.

Like the many judgments that come ages after the pain and anguish of the incident moment have been forced into oblivion, this one too has run its course. The judges themselves had noted it was an academic exercise when the Constitution benches set up by former CJI UU Lalit assembled. It’s all academic, even the Ayodhya Babri Masjid verdict, if one looks at it after all that time and its fleeting nature.

In a convocation address made a few months before he assumed charge as the 50th Chief Justice of India, Justice DY Chandrachud told students of the Gujarat Law University in Gandhinagar, “Never confuse the law with justice and what is just may not be always legal.”

The law has spoken in a voice pragmatic and pedantic. Justice lies in wait for another day.

Did you find apk for android? You can find new Free Android Games and apps.
Share
Facebook
Twitter
Pinterest
WhatsApp
Previous articleAndhra Pradesh High Court directs authorities to consider petitioner’s representation regarding temporary permit for mining
Next article15 rounds of voting and four days later, Kevin McCarthy makes it as Speaker of US House of Representatives