The Winds of Change! 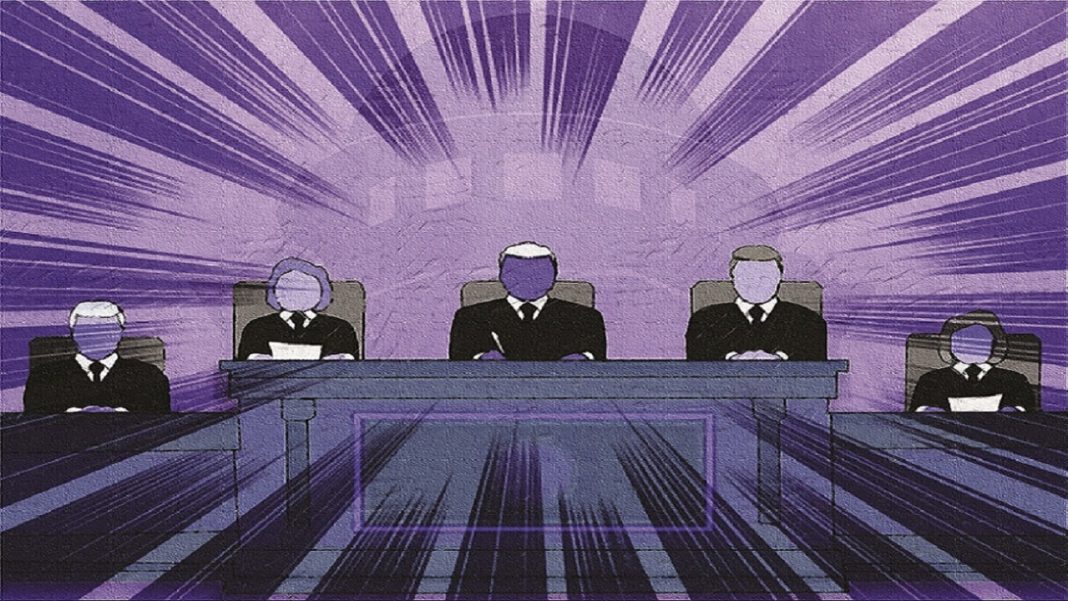 The 25 key cases submitted to five-judge Constitution benches for fast-track hearings include those that contest the demonetization programme, the formation of the Central Bureau of Investigation and the effort to update the National Register of Citizens (NRC) for Assam, all of which have been waiting since 2016. Other critical cases are related to various religious matters, some of which have been pending since 2004. As per reports, the cases involving the Dawoodi Bohra community’s ex-communication practice have been pending since 2004. Another similar matter pertaining to the Andhra Pradesh state ordinance designating Muslims as “backward” has been up for debate since 2006. Some other crucial matters that will be addressed as part of the new move concern polygamy and nikah halala, and the categorization of Sikhs as a minority in Punjab.

According to the latest data, there are 71,411 cases still pending in the Supreme Court as of August 2, 2022, of which 56,365 are civil cases and 15,076 are criminal cases as per the Union Ministry for Law and Justice. Over 10,491 of these cases have been waiting for a solution for more than ten years. Between five and ten years, 18,134 cases—or more than 42,000 total—were still unresolved. Out of these, the official records of the Supreme Court show that there are 342 five-judge bench cases, 15 seven-judge bench cases, and 135 nine-judge cases pending before the Court as of August 1.

The concerned notification from the Supreme Court simply stated that the five-judge bench matters shall be listed before the concerned courts from August 29, 2022. The courts have been asked to decide on the filing of common compilation, filing of short written submissions, and tentative indication with regard to the time taken by the learned counsel. It was also said that the matters shall be listed as per the directions of the court.

This shift clearly shows the stance taken by the incoming chief justice, the 49th, as that of a person who wants to make the most of his short stint that is two and a half months only. It is, however, to be noted that the Supreme Court under his leadership inherits some of the most far-reaching cases, seeking answers to key constitutional questions.

* a substantial question of law pertaining to the interpretation of the Constitution,

*an opinion on a question of fact or law under Article 143 sought by the President of India,

*situations wherein two or more three-judge benches of the Supreme Court have delivered conflicting judgments on the same point of law,

*cases wherein a later three-judge bench doubts the correctness of a judgement delivered by a previous three-judge bench of the Supreme Court and hence decides to refer the matter to a larger bench for a reconsideration of the earlier judgement.

These Constitution benches are set up as per need and are not a permanent fixture of the Court. As they are constituted in rare cases, it also goes without saying that they are only for deciding extremely complicated matters that have far reaching consequences and pronouncement of such benches are unlikely to be disturbed or overruled for a long period of time as there is a sense of finality attached to such pronouncements having fallen from such a large number of judges. Saying that these Constitution benches have great power and go a long way in turning the path of justice in a new direction would not be an exaggeration.

A person, the moment (s)he is appointed as a judge in the Supreme Court, not only holds the power to influence the lives of the litigants who come before him/her with their cases, but also those whose matters are similarly placed in the lower courts. Just like it is said that with great power comes greater responsibility, it is presumed that a Supreme Court judge has the strength of knowledge and conviction being where (s)he is today to decide complex questions of legal and constitutional ramifications and that (s)he will perform his/her duty to the best of his/her ability.

Despite having an ever increasing workload of hearing dozens of cases per day, dictating orders, writing judgments and ensuring that they are updated with the past and ever evolving latest legal wisdom, the judges also grapple with the mind boggling task of Constitution bench hearings where extremely complex questions of law are thrown from all angles and they have to be tested on every front to ensure that they can act as shining beacons of light for several hundred pending matters across the country.

It is not, however, simply a matter of being a sitting judge in the Supreme Court that entitles one to be a part of the Constitution bench. A study of the judgments delivered by the Supreme Court from 2016 till date reveals that all judges are not equally represented on Constitution benches. This is true even inter se those judges who were appointed to the Court at the same time or within one year of each other.

The statistics clearly show that some judges have had more opportunities/ chances to decide important and far-reaching Constitutional matters than the others. It is also quite interesting to note that merely because one has been a sitting judge in the Supreme Court for a longer period of time does not guarantee that (s)he will also have more Constitution bench appearances to their names, which can easily be seen from the fact that the then Chief Justice of India Ranjan Gogoi who was appointed on April 23, 2012, has been on a Constitution bench only six times in seven years of his tenure while Justice Indu Malhotra, who was appointed on April 27, 2018, has been a member on five occasions.

There are a plethora of 492 Constitution bench matters involving 53 main cases that are pending. All of these matters involve a complex analysis of crucial questions of law and constitutional import which are most likely to have an impact on the citizens and institutions across the country. Even though the outgoing Chief Justice of India Justice NV Ramana inherited a majority of these Constitution matters, it was observed that no attention was given to them during his long tenure of 490 days. With the recent direction of the regular sitting of the Constitution bench from the August 29, the incoming chief justice seems to have his hands full. It is still to be seen whether he will be able to do in 74 days what the outgoing chief justice failed to do in 490!

Interestingly, the list of 25 cases that are proposed to be heard by this Constitution bench also includes the V Vasantha Kumar vs HC Bhatia case that seeks the formation of several regional benches to hear appeals filed at the Supreme Court. It has been argued by the petitioner that this will increase access to the Court and reduce the burden on the Court. In 2016, a three-judge bench referred this case to a five-judge bench. While doing so, the three-judge bench observed that the Court was struggling to perform its function of interpreting the Constitution since its time was spent dealing with a barrage of appeals from all over the country. Deciding this petition will also clear one way or the other whether the access to justice through the Supreme Court shall be only via Delhi or whether justice will now literally come at the doorstep of every litigant by branching out!

Speaking after laying the foundation stone of a new Court complex in Srinagar, the then Chief Justice of India Justice NV Ramana said: “Denial of justice would ultimately lead to anarchy. Soon the institution of judiciary would be destabilized as people will look for extrajudicial mechanisms. Peace shall only prevail, when people’s dignity and rights are recognised and protected.”

It remains to be seen whether these words will become a reality or if there is still a long wait before speedy justice becomes a fact for the citizens of India!