Former chief justice of India and sixth chairperson of the National Human Rights Commission Justice KG Balakrishnan is known for his significant initiatives at the grassroots level. In an interview with India Legal, he makes a case for more effective state commissions. 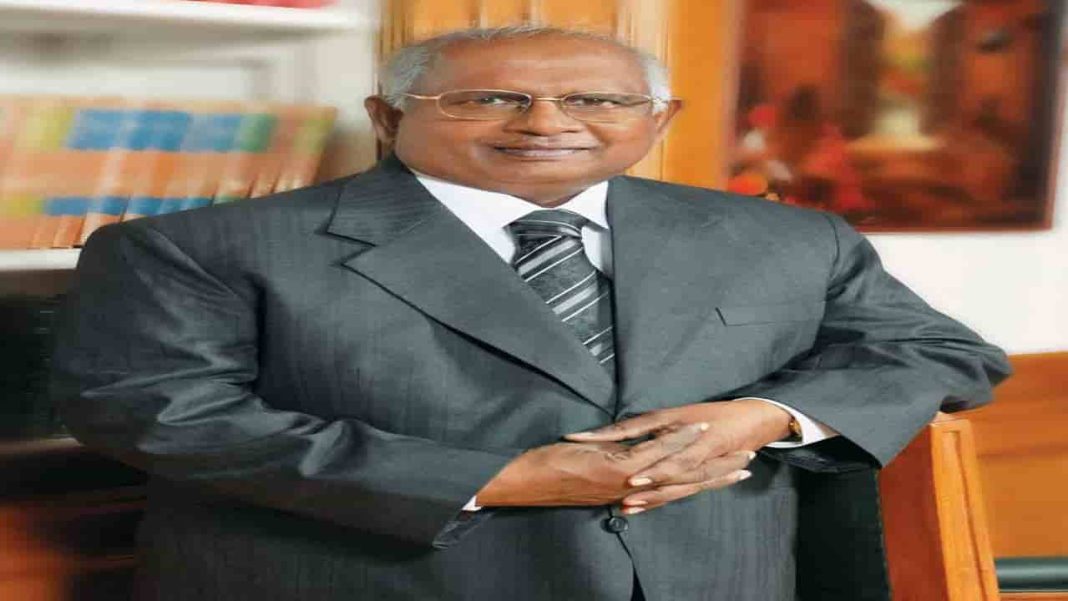 Justice KG Balakrishnan: Well, if the police is not registering the case, the National Human Rights Commission (NHRC) can see that the cases are registered against the concerned persons.

NHRC ensures that the compensation is paid to the victim. The Commission also ensures that direction is given to the police for effective and timely action on complaints. As regards the pending court cases, NHRC cannot give any direction.

NHRC has no role in matters pending in court, so it doesn’t interfere in cases where the matters are sub judice. I concur that conviction rate is less and many time when the case reaches the final stage, the oppressor tries to influence the complainant or the witnesses which affects the case. This is the main reason for the low percentage of conviction.

JB: Normally, EWS reservation should not affect the reservation of SCs/STs because though they are economically weaker sections, they are excluded in that particular category. That is why the two judges have taken a different view, holding that it is not in consonance with the basic structure of the Constitution.

Reservations are not permanent. Reservations are put in place to improve the living conditions of the people who are neglected, oppressed and socially backward. Once their social status and economic status improves, there is no need for reservation. However, the problem is that it is not likely to happen in the near future.

IL: Hate Speech is increasingly getting virulent and is seen as a human rights violation. It is inciting discrimination, hostility and violence towards a person or a group defined by their race and religion. Recently, the Supreme Court asked police officers to take suo motu cognisance of hate speech offenders. What can NHRC do about hate speech?

JB: Hate speech is a sad thing, but many are overreacting, that is the problem. Sometimes, comments are malicious and harmful and then there is cause for concern. If someone indulges in hate speech and creates a havoc that is not proper. If someone is slandering other religion or doing something against the interest or sentiment of other religious community then it can be a source of concern and conflict.

IL: You had been the sixth chairperson of NHRC and the longest serving chairperson, too. During your tenure, you had taken many significant initiatives as chief of NHRC. Do tell us about it.

JB: When I joined NHRC, we were getting large number of complaints, and we kept disposing these complaints. Later on, I realized the real problem is that many violations of human rights happen in the countryside. So, we did a survey. We went to various states. We went to Chhattisgarh, Rajasthan, Madhya Pradesh, Maharashtra, Andhra Pradesh and various states in the Northeast. We studied the problem at the ground level.

Then we organized camp sittings to receive petitions and hear the parties on the spot.

After the discussions used to get over in the sittings, we used to call upon the concerned secretaries of the government and the chief secretary. We used to inform them about the ground level realities and problems faced by the people. We always found the chief secretaries and other secretaries to be very cooperative. They complied with our suggestions. It was a very successful operation. In some states, more than 200 petitions were received. We got translated all the petitions from the local language and we heard them.

People realized that a single direction given by NHRC will solve their problems. The poor and people from rural areas can’t go to the court as it is an expensive affair. They have to engage a lawyer, pay court fees, etc., which is beyond their means. NHRC is actually a poor man’s court. So, everybody realized that grievances can be redressed by NHRC and it can be effective. NHRC is a wonderful organization and big enough to cater to the needs of the people. There are a large number of dedicated employees. If there is a good leadership, the Commission can certainly help people.

IL: What sort of organizational change if any, should be done at NHRC to make it more functional and effective?

JB: During my time, there was a proposal to start human rights courts. We did take steps to institute human right courts, but in many states, some of that power is vested in one of the district judge cadre officer. But, there could be separate human rights courts as envisaged in the Protection of Human Rights Act, 1993. Though implementing it is not that easy. I know because we have tried it.

It is said that NHRC is a recommendatory body, and hence, not too effective. This is not correct. Even though it is a recommendatory body, 99% of its recommendations are complied by the states. The Commission should keep watch and see that the orders are implemented and get the police officers for conducting investigations so that the inquiry could be conducted effectively and a report is sent to the commission. All states are very cooperative. During my time, I didn’t find any difficulty in this aspect.