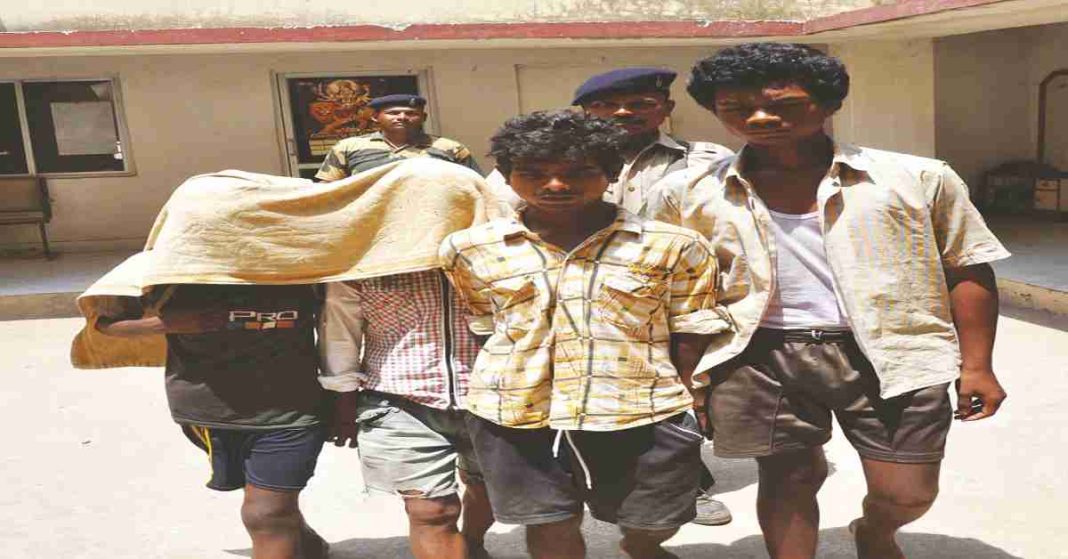 The Delhi High Court recently observed that the process of extracting a confession from a child on the manner in which an offence is committed is “unconstitutional and beyond the scope of preliminary assessment report” under provisions of the Juvenile Justice (Care and Protection of Children) Act, 2015. A division bench of Justices Mukta Gupta and Anish Dayal made this observation in a criminal reference regarding guidelines to be followed by Juvenile Justice Boards to determine when a juvenile can be tried as an adult. The guidelines pertain to the preparation of a preliminary assessment by a psychologist which is crucial to determine if a juvenile aged 16 years or above, who has committed a heinous offence, can be tried an adult.

Adolescence is a phase we all remember—when the brain and the rest of the body is transitioning from a child to an adult. There is increased experimentation and risk-taking, without regard to long-term consequences, and much importance is given to the views of peers. That was a time when we either indulged in or saw friends of ours indulge in novelty—seeking behaviour, use of alcohol and drugs, reckless driving and so on. Research and experience have shown though that this behaviour increases when one matures.

Adolescents differ from adults and even from children as they cannot self-regulate, they have heightened sensitivity to peer pressure and they cannot easily make judgments and decisions regarding the future. Therefore, they opt for short-term thinking with immediate rewards. This has to do with the biological immaturity of the brain with the pleasure-seeking/emotional reactivity developing more rapidly than the self-control.

The juvenile justice system—anywhere in the world—seeks to create youth that are law abiding, and concerned for the safety of communities. Youth should be held accountable for wrongdoing, and be deterred from further offending. They should be treated fairly, and the system will need to be tweaked for as long as it takes. Juvenile justice practices will need to be taught to everyone in the justice system who deals with adolescents and how they need to be treated given the complexities discussed.

In India, the law governing juvenile justice may be found primarily in the Juvenile Justice Act, 2015, along with sections of the CrPC. Chapter 3 of this Act details with the principles that govern it:
“…the provisions of this Act shall be guided by the following fundamental principles, namely:
(i) Principle of presumption of innocence up to the age of eighteen years.
(ii) Principle of dignity and worth for all human beings.
(iii) Principle of participation: Every child shall have a right to be heard on decisions with due regard to the age and maturity of the child.
(iv) Principle of best interest: The child shall be the primary consideration
(v) Principle of family responsibility: The primary responsibility shall be that of the biological family or adoptive/foster parents.
(vi) Principle of safety: The child shall be safe from harm, abuse or maltreatment.
(vii) Positive measures: All resources are to be mobilised for the well-being, identity and inclusive and enabling environment.
(viii) Principle of non-stigmatising semantics: Adversarial or accusatory words are not to be used in the processes pertaining to a child.
(ix) Principle of non-waiver of rights: No waiver of any of the right of the child is permissible or valid.
(x) Principle of equality and non-discrimination: There shall be no discrimination on any grounds, including sex, caste, ethnicity, place of birth, disability.
(xi) Principle of right to privacy and confidentiality: Every child shall have a right to protection of his privacy and confidentiality, by all means and throughout the judicial process.
(xii) Principle of institutionalisation as a measure of last resort after making a reasonable inquiry.
(xiii) Principle of repatriation and restoration: Every child in the juvenile justice system shall have the right to be re-united with his family unless not in his best interest.
(xiv) Principle of fresh start: All past records of any child under the Juvenile Justice system should be erased except in special circumstances.
(xv) Principle of diversion: Measures for dealing with children in conflict with law without resorting to judicial proceedings shall be promoted unless it is in the best interest of the child or the society as a whole.

(xvi) Principles of natural justice: Basic procedural standards of fairness shall be adhered to, including the right to a fair hearing, rule against bias and the right to review.

Some recent case law shows us that the courts have been taking this Act extremely seriously. For instance, in the Vikas Sangwan case, it went against the very first principle mentioned in Chapter 3—which is a presumption of innocence: The Order of 2022 observed that “…a confession is sought to be extracted from the child as to the manner in which the offence was committed and the reasons thereof. This manner of seeking a confession from the child is unconstitutional and beyond the scope of a report of preliminary assessment to be prepared under Section 15 of the J.J. Act.”

In July 2022, the order in the Barun Chandra Thakur vs Master Bholu & Anr found that the principles of natural justice had not been followed in the handling of the child accused. The case concerned a horrible incident in 2017 in Gurugram, where a Class II student was found in the toilet with his throat slit and later declared brought dead to hospital. The accused was a juvenile aged 16 years. A series of unfortunate events then led to this case dragging on for over five years—such that he is now 21 years old.

The judges in this matter Justice Dinesh Maheshwari and Justice Vikram Nath observed the irregularities, namely that despite specific requests to cross-examine the experts who had given the psychological report, this was not provided to the respondent.

Also, the tests conducted by expert psychologists were not applicable, or could not have been applied to a child above the age of 15 years.

The psychologist had suggested further assessment by a superior facility, which was not accepted by the Board without cogent reasons! They relied on the child’s mental age using the applicable formula based on the IQ of the child—and this was less than 16 years. The Board provided only 30 minutes time to the child, his lawyer, his father and also to the counsel for the CBI to peruse the 35 pages of the report.

The Court stated that the task of the preliminary assessment under Section 15 of the Act, 2015, is a delicate task with requirement of expertise and has its own implications as regards trial of the case. Therefore, specific guidelines should be put in place. This has been left open for the central government and the National Commission for Protection of Child Rights and the State Commission for Protection of Child Rights to consider.

The Section alluded to here, Section 15, concerns the preliminary assessment into heinous offences by the Juvenile Justice Board. In case of a heinous offence alleged to have been committed by a child, who has completed or is above the age of sixteen years, the Board shall conduct a preliminary assessment with regard to his mental and physical capacity to commit such offence, ability to understand the consequences of the offence and the circumstances in which he allegedly committed the offence. For such an assessment, the Board may take the assistance of experienced psychologists or psycho-social workers or other experts. Further, where the Board is satisfied on preliminary assessment that the matter should be disposed of by the Board, then the Board shall follow the procedure, as far as may be, for trial in summons case under the Code of Criminal Procedure, 1973 (2 of 1974): This shall be appealable and the Court may, while deciding the appeal, take the assistance of experienced psychologists and medical specialists other than those whose assistance has been obtained by the Board in passing the order under the said Section.

Post the Nirbhaya gangrape case 2017, the Juvenile Justice Boards received fresh impetus to decide how to try any juvenile between 16 and 18 years. When trying a juvenile as an adult, the court in effect accepts that the juvenile has the mental capacity of an adult and, therefore, has criminal responsibility of an adult and undeserving of rehabilitation. As pointed out by HAQ Centre for Child Rights (HAQ), India, this is in direct conflict with the international standard that children cannot have the same moral and legal culpability as an adult. Further, studies show that children who enter the adult system, due to the severity of their crime, tend to remain in a cycle of crime as they are subjected to exponentially harsher conditions than the juvenile system. Treating them as adults ingrains anti-social criminal behaviour—the exact opposite of what the justice system hopes to achieve.

Ultimately, the juvenile justice system seeks to support development of youth and ensure the safety of communities. Juvenile courts aim to hold youth accountable for any wrongdoing, and as discussed, there are checks in place to try to ensure this is done fairly. It is possibly the hardest area of law, juvenile justice, as you are dealing with human beings who are no longer babies, but not adults either, who sometimes look and behave like adults, but developmentally and rationally, they are not mature yet. It is with a great deal of training and hand holding that the juvenile justice officers and courts should go about dealing with these matters.

The CBI was honest when it said in the Barun Chandra Thakur case that they are simply not equipped to handle a juvenile justice case as envisioned by the Act of 2015. It is likely that only a handful of places are equipped, and it cannot be emphasised enough just how crucial juvenile justice board and the psychologists report are at ensuring each accused is treated appropriately. This area is one we need to work towards fixing in order to give the youth the treatment they deserve.