“Call the Collegium the NJAC”

As the judges’ appointment issue threatens to snowball into a major controversy, Sanjay Raman Sinha spoke to two former chief justices of India to gauge their views on the collegium and the National Judicial Appointments Commission (NJAC) 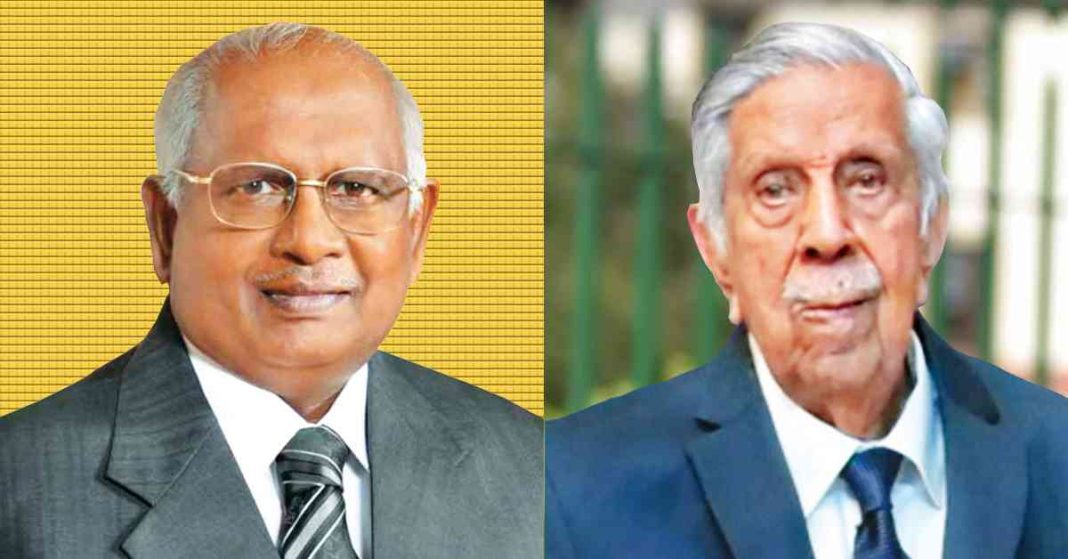 Sanjay Raman Sinha (SRS): In the context of the recent controversy regarding the collegium system, do you think that the government is making grounds to reintroduce an NJAC-type of bill?

Justice KG Balakrishnan (JB): I don’t think the government is going to reintroduce the NJAC as it was struck down because it affected the independence of the judiciary. The law minister had said that the collegium system is not working effectively. But that is a matter between the government and the Supreme Court.

SRS: Aspersions have been cast on the collegium’s functioning, especially in matters of transparency in decision-making. Why the cloak of secrecy?

JB: It is a very sensitive issue. For example, if a chief justice of a High Court is to be considered for the Supreme Court, but is not chosen, and the reason for the cancellation of his candidature is made public, it could in many cases reflect on his character and capacity. This can be problematic if he is still continuing as chief justice of the High Court. Thus, these matters are not to be revealed. It affects the reputation and credibility of the Court. So, a decision can be taken considering all aspects. And then, usually the minutes describe it as “we considered all aspects and he being the suitable candidate to be appointed to the Supreme Court, we recommend his name”.

Discussions in collegiums may have taken place on the merits of a candidate’s appointment or transfer, but publication of that is not desirable. During my tenure, I resisted such disclosures and drew flak for it. I also said that the chief justice is a public office and got attacked for it. This is not to say that the chief justice is not a public office. But these are considered sensitive issues. It can be deliberated, discussed and a decision taken without publicly disclosing the reasons. If it is published, it’ll cause serious damage to the reputation of the judiciary.

SRS: As a former head of the Constitution Review Commission, you had proposed a more inclusive and broader collegium for appointment of judges to the Supreme Court. What are your views about the current demand by the government for NJAC and dismantling of the collegium system? Should the collegium system exist in the present state, changes be made or discarded?

Justice MN Venkatachaliah: This is an over explored case. Alexander Pope said: “For forms of government let fools contest; whatever is best administered is best.” Both the NJAC and the collegium system have the common purpose of selecting suitable persons to the judiciary. If the process is correct, the product will be right. If the process is wrong, the product will be incorrect. Every public institution must reflect the composition of society.

What the Constitution Review Commission suggested was the NJAC in which there is a preponderance of the judicial element, and in a lighter vein, I must say if you call the collegium the NJAC, then perhaps you semantically solve the problem. But the test ultimately is what is the product and what kind of good people you have been able to select and make them control the future destiny of the judiciary. The judiciary in these times has to cope with enormous technical or technological issues affecting society. The trouble starts with the question of how to assess the suitability of candidates for judicial departments. There are no uniform, assessable performance standards. They say a work of art does not admit to standardisation and standardisation of performance. This argument may not be sound because we have to find amongst the persons available, prospective judges—you must choose those who have the ability to contribute to the betterment of the system. I think in a lighter vein, you might say that if you call the collegiums the NJAC that perhaps answers the semantic issue.

Did you find apk for android? You can find new Free Android Games and apps.
Share
Facebook
Twitter
Pinterest
WhatsApp
Previous articleMaharajganj court in UP sentences three to one-day imprisonment in 33-year-old case
Next articleTurf War