The recent proposal by the PM to have one uniform for all police in the country may be a radical idea a little too early. Instead, the need of the hour is to focus on police reforms instead of cosmetic feel good. 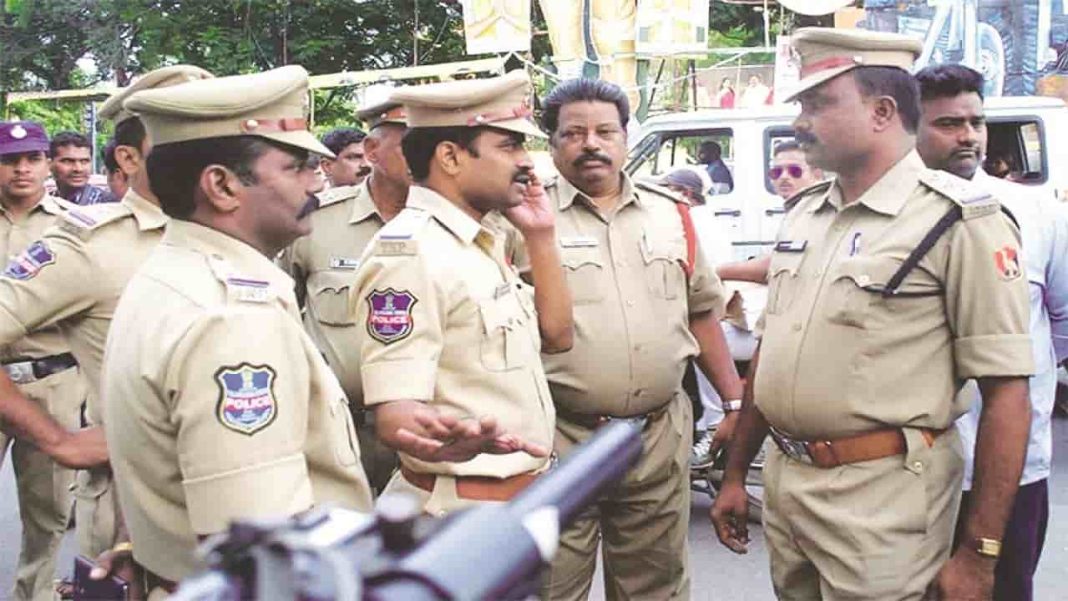 Prime Minister Narendra Modi last week suggested that police forces across the country could have one uniform which would make them easily recognisable. Speaking at a meeting of state home ministers and police chiefs at the Chintan Shivir in Surajkund near Delhi, the PM said One Nation, One Uniform was an idea and not an imposition. He asked the ministers to think about it since the time for such a measure may come later.

At the outset, one wonders why not. Nurses wear white, doctors too. The PM said that like postboxes are uniform across the country, why not the police? Police across India have the same ranks, have a central IPS and are bestowed with the same philosophy in policing. So why not have all of them wear the same uniform?

Newspapers were flush with articles explaining the minutiae that differentiate police in the country. Almost all had the same PTI collage handout of cops from Delhi, Uttar Pradesh, Tamil Nadu, Punjab, Karnataka, Jammu and Kashmir, West Bengal, Maharashtra and Puducherry. None of the cops’ religious beliefs came through, with three exceptions. A Bengal policeman had a tilak on his forehead, a Punjab one wore the Sikh turban and a Jammu and Kashmir policeman wore a beret and a long, ostensibly Muslim beard.

If one looked closely at the photos, all but two were wearing khaki. The two were the Bengal policeman, who was in white, the police colour in the state, and the Jammu and Kashmir policeman, who had a much darker khaki than the rest. The belts were black, barring those worn by the cops in Uttar Pradesh, Tamil Nadu and Punjab. The headgear ranged from berets, hats, peaked caps, a baseball cap and a helmet.

In other times, the collage would have been a good image to use for Unity in Diversity. Now, diversity is getting the shortest straw.

One of the police officers participating in the Chintan Shivir wondered how one uniform could cover all the vagaries of climate and weather that change every few hundred kilometres in the country, like its cuisine. The officer listed the South as humid; we can add the East too. The Northeast is moderately cold and Rajasthan is anything but.

In the era of empires, the closest police forces ever got to a single uniform was in the Austro-Hungarian empire, the French empire and the German empire before World War I. In our land’s last empire, which left these shores in 1947, there was a single police force, the metropolitan one in London, and there were others in the county. Barring the constabulary, they still had different uniforms.

The police force in India retained the khaki uniform for all these years with minimal changes, barring Puducherry, which retained the French era kepi. A beret here, a cap there and helmets also.

Elsewhere, in post-1991, in Russia and China, the police mark their presence in civilian life with some form of uniformity, more easily come by in communist countries, the former or present. In the US, uniforms differ across cities, counties, highway patrols and the sheriff’s office. Not that they are bothered about people recognising them as police. Police is police, written on their gait and stencilled bright and red on their behaviour. Not to mention their cars, which are white.

It is the same case in India. A uniform colour is the last thing needed to push the image of the police into the mind space of citizens. In India, any police visit is taken to be the first sign of ill-fortune, even if it is a passport application-verifying cop. Therefore, identifying a policeman is the least difficult of things. To be fair, this writer has interacted with or complained to Delhi, Haryana and Uttar Pradesh police personnel and found them as courteous as they come.

Police are active on Twitter and come up with timely announcements for those who know they are there. Sometimes they troll people who break traffic rules and are a nuisance. Woe betide you if you look for them on the choked road from Sarita Vihar to Badarpur which wrecks motorists’ nerves every weeknight till 10 pm as no tweeting can help.

Forget about the different states, even the uniforms of central paramilitary forces under the home ministry have different uniforms. If we are to have a single uniform, then why not have the CRPF, the ITBP, the CISF and the BSF doning one uniform first and then expand the model to the larger country? But given as we are to clarion calls of One Nation, One Uniform, it was but to be expected that such a plan will be put forth and be greeted with wall-to-wall crowing coverage. It has all the makings of a potential masterstroke.

Functionally, the point of having a single uniform for police forces sounds more like a cosmetic attempt to evince interest in the wider field of police reforms. Home Minister Amit Shah also said new drafts of the Code of Criminal Procedure and the Indian Penal Code will be placed in Parliament soon. All these point to a further interest in police reforms. The Supreme Court’s Prakash Singh judgment will, in a few months, turn 17 years old. All the efforts towards reforms have been words spoken and reported in news agencies.

Khaki’s colonial origins can also be the reason why the government needs to get over it. But khaki rules at the shakha, so the point of getting rid of khaki doesn’t sound like an entirely swadeshi exercise. Or is it one among the multiple calls to decolonise the administration, the judiciary, the police and the entire apparatus. Judges have intoned that the common people should understand the orders. This basically strikes out at the English language, which everyone wants their children to learn, but are unwilling to admit in public. An edit page article by a veteran educationist made the succinct point that the State and its powers against the individual must be the first to be decolonised. Only then can English be feasibly banished from schools, the way the New Education Policy sets out to do.

One Nation One Uniform brings another personal experience to mind. This writer learnt to ride a two-wheeler in the mid-1990s in Hyderabad. As is the wont there and elsewhere in India, adolescents go zooming about on two-wheelers until they meet the law. One early morning, early because the traffic police duty began at 8 am, a friend and I were out on the scooter. My friend is an accomplished Hyderabadi who had been riding his father’s Priya scooter for several years before he imparted vital instruction to me. So on this high-rev ride on low gear and unsteady brakes and turns, he commands from the pillion seat, “khatmal, khatmal”. I am like what are you talking about bedbugs in the morning, which is when he points out a traffic constable under a bobbie-like but white helmet, standing by another two-wheeler and listing the wrongs it had committed. It took me a while to understand why he would say khatmal, but that day we escaped unnoticed, and the change in our wallets stayed unmolested.

Now, imagine police in India kitted out like the stormtroopers of the Star Wars saga. That is possibly the only popular franchise which has the law enforcement guys in one uniform. The next thought that strikes one is how egalitarian is the Empire in Star Wars with the dark side leading it. Planets ruled by sheer force against the rebels in every planet, very much like the American notion of spreading liberty and freedom in Afghanistan, Iraq, Libya and what not!

In a country as diverse as ours which is held together by the Anthem and the Tricolour, police come in varying versions of khaki and white, and in all sizes and shapes, short, tall, rotund. Putting them in a straitjacket for One Nation One Uniform is like killing the spirit and tombing it in a different hue. Like George W. Bush found out after the Iraq war: If it ain’t broke, don’t fix it!