The CJI will continue the legacy of his father: Pravin H Parekh on CJI Chandrachud

As Justice DY Chandrachud takes over as the chief justice of India, expectations are high from the Bar. PRAVIN H PAREKH, president, Indian Society of International Law and six time president of the Supreme Court Bar Association, goes down memory lane as he remembers the Chandrachud family and their contribution to the country’s  jurisprudence. He spoke with INDIA LEGAL on his expectations from the new CJI. 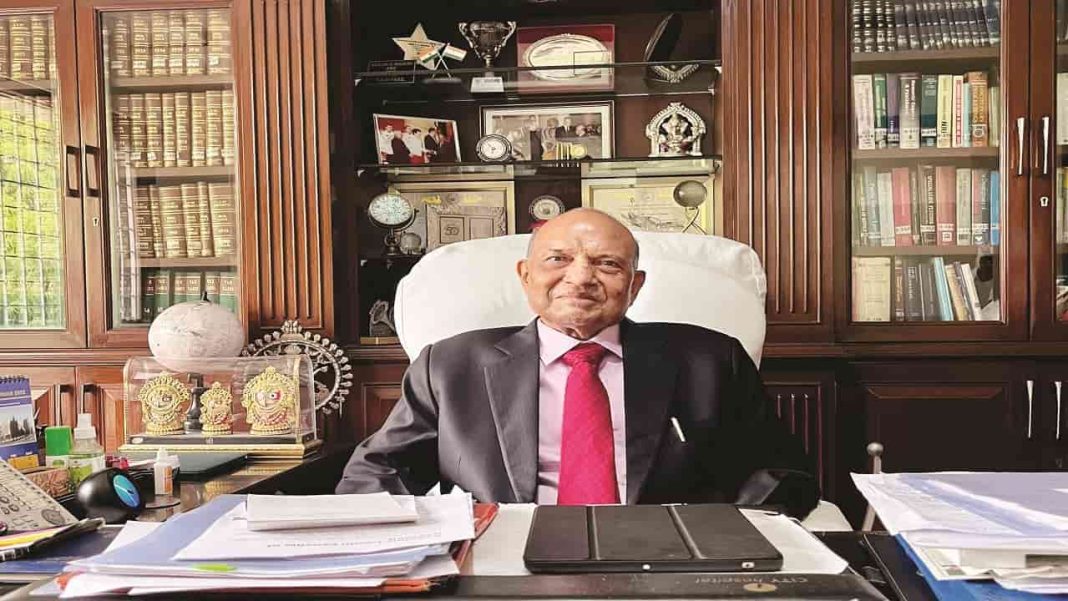 India Legal: How do you perceive the appointment of Justice Chandrachud as CJI?

Pravin H Parekh: I am delighted that Dr Justice Chandrachud has taken over as the chief justice of India. I had the pleasure of knowing his parents, Justice Yeshwant Vishnu Chandrachud and Prabha Chandrachud. Justice YV Chandrachud, the 16th CJI, was the longest-serving one with a tenure of seven years, four months and 20 days. He authored many landmark judgments which changed the course of the country entirely; he followed a reformative approach rather than a penological one. I am sure Justice DY Chandrachud will live up to his father’s legacy.

IL: How has been your interaction with Justice Chandrachud?

PHP: I have known him since he was a student; he was a very competent student and later became an excellent advocate. He completed his LLM degree in 1983 and a Doctorate in Juridical Sciences in 1986, both from Harvard Law School, US.

IL: What personality traits of his impressed you? Professionally, what is his strongest point which will stand him in good stead now?

PHP: Justice Chandrachud is well-versed not only in matters of law, but in a large and diverse set of topics. He is a loving person and an excellent human being. One of his best traits is that he interacts with all members of the legal fraternity, both senior and junior, including students. Moreover, he is a humble man who is loved by all the members of the Bar.

IL: How do you compare the father-son duo?

PHP: They have made history as they are the only father-son duo to hold the office of chief justice of India. It is difficult for me to compare father and son, but let me say that the son has continued the legacy of his father for good. A comparison between both would not be possible as Justice DY Chandrachud himself says that his father was much more than him, both as a human being and as a judge. I am sure, he will carry on his good name as the chief justice and work hard towards the betterment of the country.

IL: As president of the Confederation of Indian Bar, what expectation does the Indian Bar have from the new CJI?

PHP: The Bar will expect that he will bring in good reforms in the administration of justice, protect the rights of citizens and enforce the obligations of the state/central government and public corporations/organs by virtue of our Constitution. I am sure that he will look after the problems of children, women and poor people.

As head of the collegium, he will have a fairly prominent role in filling up vacancies in the Supreme Court and High Courts. As of October 1, 2022, out of the total sanctioned strength of 1,108 judges, 25 High Courts were being managed with 772 judges, with 336 posts lying vacant. Hence, we hope that he will be able to work with the government and reduce the rampant vacancy prevailing in the system.

IL: You yourself have been an avid advocate of women’s rights, and so has Justice Chandrachud. He has given many landmark judgments in favour of women. In his new role as CJI, what do you as a women’s right advocate expect from him? Which areas of jurisprudence can he touch upon and make positive changes?

PHP: Justice DY Chandrachud has given many landmark judgments that have had a direct and positive impact on the female community. Some of them are:

IL: Pendency is a major issue. What challenges confront him in this area?

PHP: Of course, pendency is a major issue. As of October 1, 2022, the total number of pending matters before the Supreme Court itself was 69,781. Constitutional benches set up already will need to hear and decide long-standing issues. I want him to dispose the cases appropriately; I do not want him to just throw them aside. He must find better strategies for ensuring real justice. It is crucial that the judiciary is respected by the people, and we must also show the judiciary the same kind of support.

IL: As past president of the SCBA, what do you think will be the role of the new CJI in improving the Bar-Bench relationship?

PHP: Both have to work together because the justice system cannot be successful unless there is coordination between both. This is, by and large, achieved through mutual respect; it can only happen if they do their respective jobs properly. Through their commitment and conduct, the Bench and the Bar have a duty to uphold and strengthen the legal system. The idea is that justice is achieved/delivered to “we the people of India”.

IL: From judicial activism to recruitment of judges, there has been a perpetual standoff between the judiciary and the government. How do you see Justice Chandrachud handling this volatility?

PHP: It is debatable whether that is the correct term, but why not? Sometimes, the government wants the ruling in a certain way, but the citizens want it in a different way which suits them. As CJI, he must interact and converse with citizens and the government and try to find the rightful and equitable path. There are numerous occasions when judges can question rulings and instruct the government to do or to abstain from doing something. I am sure he will choose the right path.

The Bar is looking forward to his tenure enthusiastically, and I am sure many outstanding judgments will be delivered during his time at the helm of the Bench.