This calendar year about 1,00,000 people have suffered stray dog bites, leading to 21 rabies-related deaths which have been reported. The Supreme Court has suggested that people feeding street dogs could be held responsible if the dog bites someone. 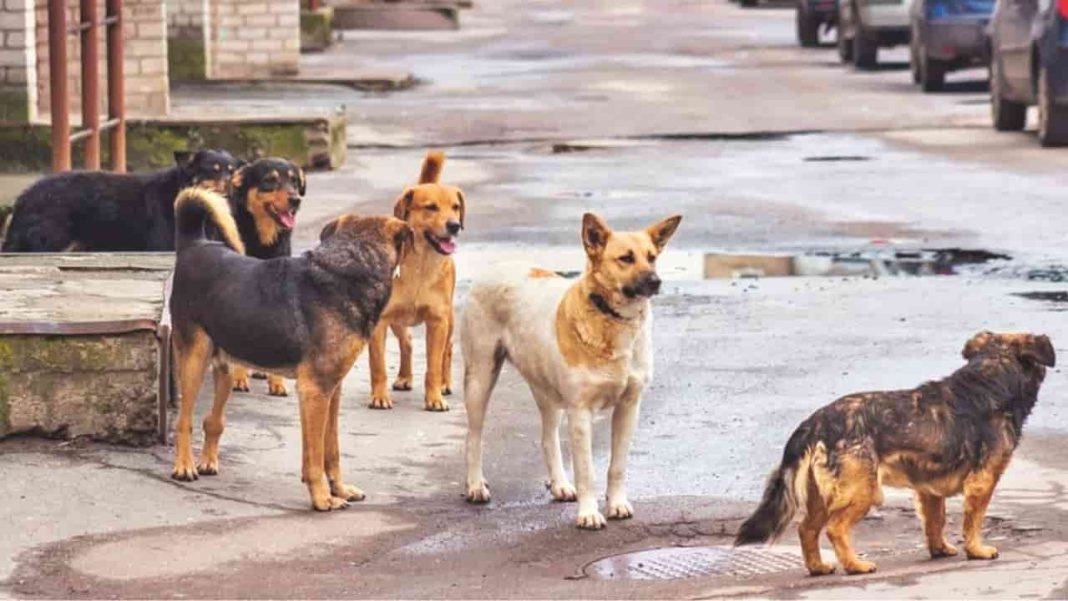 India has the largest population of stray dogs in the world, with estimates suggesting that we are home to more than three crore stray dogs. Stray dogs in India have co-existed with humans from the Vedic ages, yet we as a nation have had a complicated relationship with them.

Often, stray dogs are seen as a menace, chasing cars and biting people, but we also hear about needless and sometimes wanton cruelty that they are subjected to. It is a complicated situation.

The stray dog issue was the subject of consideration before a division bench of Justices Sanjiv Khanna and JK Maheshwari of the Supreme Court. Justice Khanna orally suggested that people feeding street dogs could be held responsible if the dog bites someone. He admitted to being a dog lover himself, highlighted the need to accept that there is a problem and explained that a dog may be ferocious due to the lack of food or an infection.

Advocate VK Biju submitted that since August 8, many people had died and schoolchildren and women were being attacked by ferocious dogs in public places. Biju had recently raised the issue of stray dog attacks before the top court and highlighted the recent death of a 12-year-old victim in Kerala.

The Court, however, also suggested that there are two sides to the entire issue, with arguments, fights, police and court cases over the rights of stray dogs and indirect or direct cruelty meted out to them. Although by law, local authorities are responsible for the management of stray animals, they are falling short of their duty, thereby leading to individuals and organizations taking charge of the management of stray animals out of compassion, often blurring the line between compassion and misguided compassion. It is this misguided compassion that leads to major human-dog conflicts, often worsening the situation.

Advocate Biju also referred to a judgment of the Kerala High Court, whereby the government of Kerala was directed to reduce the population of street dogs, but this approach has a major flaw as the governments are trying to control population through birth control measures while ignoring equally important aspects like regulation of pet ownership and trade, restricting food availability, and garbage management.

Rabies is a genuine and alarming problem in relation to street dogs in India. According to WHO, India accounts for 36% of rabies deaths in the world; about 20,000 people each year succumb to rabies. The exploding population of street dogs in India is closely related to municipal sanitization or the lack thereof, as most of the street dogs survive by scavenging exposed garbage.

In May, the apex court had upheld a Delhi High Court ruling which permitted residents to feed stray dogs in residential areas. Earlier, the top court had stayed the judgment, citing that the order might lead to an increase in stray dog menace. The Delhi High Court judgment had stated that even animals have a right to live with dignity.

The situation is most acute in Kerala, where the menace of stray dogs has been haunting residents for long. It is estimated that the streets of the state are home to 2,80,000 stray dogs, with their population growing by 20% every year. In this calender year alone, about 1,00,000 people have suffered stray dog bites, leading to 21 rabies-related deaths which have been reported. The most peculiar of the cases was the death of a 12-year-old girl who died even after receiving three shots of rabies vaccine, with three similar cases where vaccines were administered.

This has led to indiscriminate retaliation against stray dogs. On September 13, twelve stray dogs were found dead in Karikkiode in Mulakulam panchayat. Over 40 people have been attacked by stray dogs in the area in the past two months. On September 12, the state had conducted a high-level meeting to address stray dog menace and find answers about the efficacy of the locally administered anti-rabies vaccines. The meeting also discussed the pros and cons of administering anti-rabies prophylactics to the vulnerable population, especially animal handlers.

After the meeting, while addressing the media, Kerala’s Local Self-Government Minister MB Rajesh conveyed that the state will seek permission from the Supreme Court to kill dogs that are dangerous. He further told the media that the state has decided to conduct a mass vaccination drive, whereby every day around 10,000 dogs will be vaccinated from September 20 to October 20.

A very interesting solution has been offered by an NGO, Better Kochi Reponse Group, proposing a plan to catch the dogs in and around the city of Kochi and put them on an uninhabited island, where they can be sheltered and looked after. Deep Sagar Island has been identified by the NGO for the purpose. According to the NGO, since all the dogs would be sterilised and the average age of a dog is 10-12 years, the problem will be solved within a decade.

In August, Maharashtra CM Eknath Shinde, in a written reply to a question by Prasad Lad (BJP) in the state legislative council, stated that more than three lakh Mumbai residents have been bitten by stray dogs. He further added that the Brihanmumbai Municipal Corporation has invited expressions of interest to increase the number of sterilisation centres in the city to increase the pace of animal birth control surgeries.

Justice Khanna during the hearing in the Supreme Court emphasized on the need to find a balance between people who feed stray dogs and protecting innocent people from being attacked by stray dogs. So, when looking for a solution, stray dogs should be looked at with empathy. The poor creatures live and die on the streets, scavenge for food and are often run over by reckless drivers, either killing or maiming them for the rest of their lives. It is important to understand that population control seems to be the only viable solution and it will only happen gradually as there is no magic wand to deal with the menace.