Time is of the Essence

Live telecast is expected to curb many ills in the judiciary—flexible time schedules, corruption, theatrics and lack of preparation 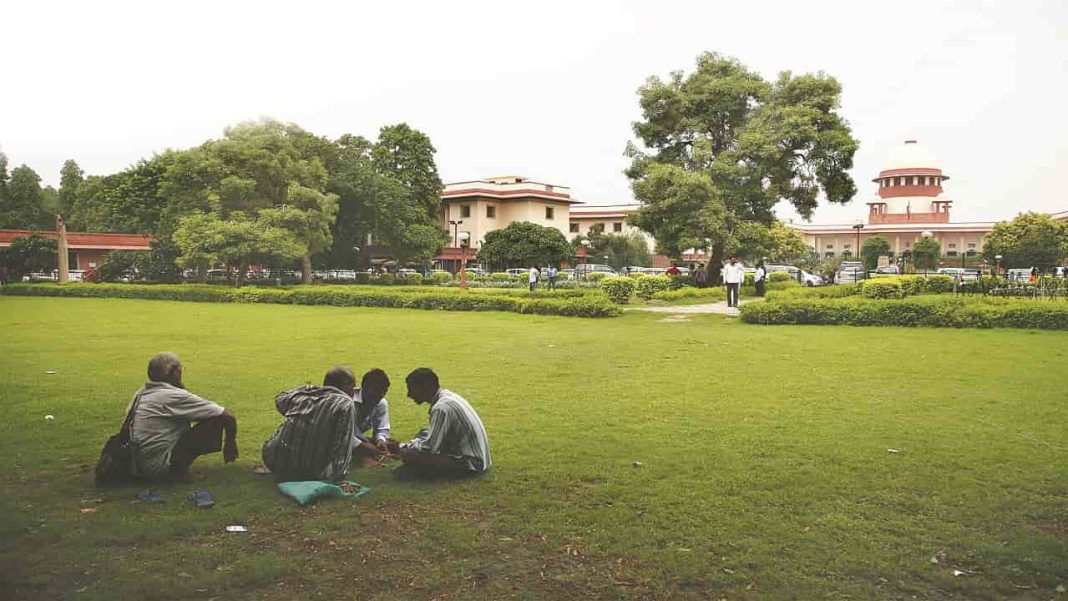 A good beginning has been made with the live streaming of three Constitution Benches on September 27. The decision to video-record the court proceedings was actually taken on September 27, 2018, by a bench headed by then Chief Justice of India (CJI) Dipak Misra. It had directed that the proceedings of two courts in every district of the country would be video recorded. A bench of CJI Dipak Misra and Justices AM Khanwilkar and DY Chandrachud gave a verdict that live telecasting of court proceedings would begin from the court of the chief justice of India itself.

There are many democratic countries where video recording of courts is allowed. In some countries like the US, live telecast of some selected cases is permitted.

The biggest advantage of live streaming is that it will help maintain the time schedule of courts. As far as the Supreme Court is concerned, almost all judges sit in the courtrooms exactly at 10:30 am. However, this is not so in most High Courts as the judges often come late. Sometimes, after conducting cases for one or two hours, they retire to their chambers. The condition in lower courts is a mess. Judges there come and go as and when they desire.

Also, corruption is rampant in the lower judiciary. A reader/peshkar takes money even for filing documents, giving dates or providing information about the next date of hearing. Many a time, even if bail has been granted, the papers will not be prepared till palms are greased. However, live telecasts will help curb corruption to a large extent and ensure that ordinary people get justice fast. The conduct of judges, advocates, court employees and others will now be under the scanner.

Live hearing will also ensure that judges and advocates remain prepared during hearings of cases because their conduct will be under scrutiny. No doubt, what could not have been achieved by the strictness of the administration will be achieved by modern technology.

This move will also instill new faith in the judiciary. Almost everybody knows that there are advocates who only seek adjournments to delay cases. Clients also indulge in highly unethical practices to get justice delayed. Live streaming will also go a long way in controlling witnesses, some of whom turn hostile for some consideration.

However, judges will have to ensure that courtrooms are not converted into places of theatrics. There are advocates who take recourse to dramatics to get cheap popularity. But it is a fact that live telecasting of the Lok Sabha and Rajya Sabha has not been able to inject a sense of responsibility among unruly MPs. Therefore, judges will have to take extra care to ensure that some advocates do not hijack the court discipline.

Live streaming will also put a halt to the spread of unverified news by social media, which often thinks that any oral observation or comment by a judge or advocate is of great importance. In order to sensationalise the comments, social media often gives the go-by to the content of judgments.

Live streaming is a game-changing reform in the judicial system. As a matter of fact, Section 153B of the Civil Procedure Code and Section 327 of the Criminal Procedure Code provide for open court hearings in the CPC and CrPC. The only exception has been hearings in cases related to sexual crimes against women, so that their identity is not disclosed. When this provision was inserted, only the print journalist was allowed to report court proceedings.

Judgments of the Supreme Court and High Courts were also divided into two categories—reportable and non-reportable. This was left to the discretion of judges. But with the passage of time, the demand for telecasting of proceedings gained ground. A few High Courts—Patna, Madhya Pradesh, Chhattisgarh, Rajasthan, Gujarat and Karnataka—have started partially telecasting important judgments for the benefit of the general public.

Live streaming will be immensely beneficial for law students and teachers. It should be made mandatory for all law colleges and judicial academies as part of their practical training. Many law colleges have been conducting tours to the Supreme Court and High Courts so that their students can see the proceedings. But this may not be needed now. Coming to courts was a complex exercise for them and their teachers as only a limited number of students could get entry passes into the courtrooms.

All that now seems a thing of the past.