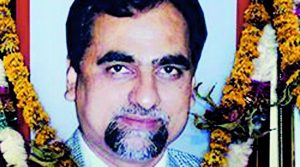 The media seems to be adding to the confusion and controversy over the death of Justice BH Loya by its conflicting coverage of the sensational story done by The Caravan magazine’s online edition. Justice Loya died in 2014 while attending a function in Nagpur. There were questions raised about the cause of death since he was at that time hearing legal proceedings against BJP president Amit Shah in a false encounter case. The Caravan story revisited the case and spoke to his family who were quoted as saying they suspected foul play and gave their reasons, leading to demands for an independent inquiry. Shockingly, two media organisations, The Indian Express and NDTV, took the opposite line, debunking the Caravan version. Both are considered independent and have crusaded for media unity against government pressure. The Indian Express gave its story front-page treatment, which was odd, considering The Caravan has a sterling reputation for credibility. Even more odd, both the versions of NDTV and The Indian Express differed dramatically regarding facts and circumstances. 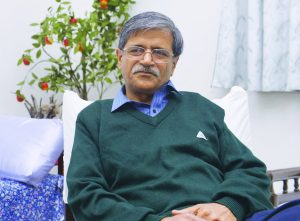 Large sections of the media are either pro-government or complicit by their silence on stories embarrassing to the powers that be. Examples abound and the latest is the piece published by The Print, the Shekhar Gupta-led news portal, on retired Delhi High Court judge SN Dhingra (above). The report said that Dhingra was being investigated for alleged misuse of authority. What made the story important was that it related to his tenure as head of the Justice SN Dhingra Commission that inquired into Robert Vadra’s land deals in Gurgaon. His findings had embarrassed the Congress party, which raised a hue and cry over the Print story. Strangely, no media outlet followed up on the Print story which had a wealth of detail. The silence of the lambs? 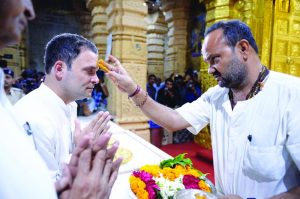 AltNews, which fearlessly tracks planted stories and disinformation in this age of the fake news epidemic, deserves a 21-gun salaam for how quickly it got down to solving the riddle of Rahul Gandhi having “signed” a so called “non-Hindu” entry register during his visit to Somnath. AltNews took the logical and simple step of digging up several examples of Rahul’s handwriting and signatures readily available on the net and public records and matched them with the “entry register” which clearly showed that not only was the entry not in Rahul’s handwriting, but was also signed “Rahulgandhiji”. The Firstpost website, reports AltNews, interviewed the Somnath temple trust secretary, PK Laheri, who stated that Rahul Gandhi only signed the visitors’ book and nothing else, an assertion which is line with the Congress party’s stand.

The number of journalists receiving threats of violence, even death, from various quarters is rising alarmingly. Heading the hit-list is NDTV anchor Ravish Kumar who has received a number of death threats online. He even wrote to the prime minister asking if his life was in danger. His colleague at NDTV, Sonal Mehrotra Kapoor, has also been threatened. Deeksha Sharma, a journalist with The Quint, has received messages threatening her with rape and murder after she branded a politician a “misogynist”. Chillingly, the message, sent on WhatsApp, said: “Why was Gauri Lankesh killed? Because she was a journalist (…) because Gauri used to write against the Modi government (…) She was anti-nationalist and anti-Hindu. Now, if anyone in this country dares to write anything against Modi or his party, they will not be spared. They will be eliminated.” Gauri Lankesh’s killers are yet to be traced. Abhay Kumar, who works with the Asian News International (ANI) news agency, has also received threats to his life from an unidentifiable phone number. The list includes Mohammad Ali, The Hindu newspaper’s correspondent in Uttar Pradesh, and Debobrat Ghose, a reporter for the Firstpost website. This is by no means an exhaustive list—Barkha Dutt has been in the firing line of right-wing elements for quite sometime, as have been a few others who have ignored the warnings.